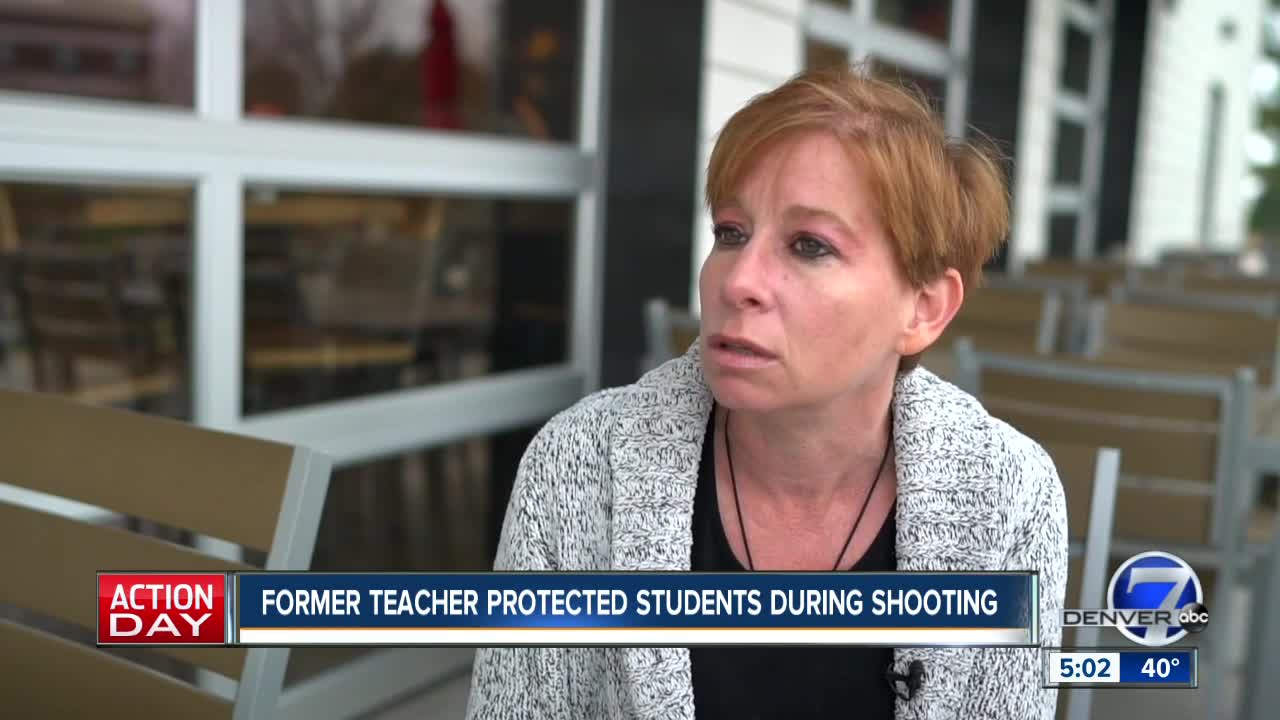 HIGHLANDS RANCH, Colo. – When gunfire rang out Tuesday at STEM School in Highlands Ranch, a group of students made their way to Rock Bottom Restaurant and Brewery to find safe haven.

Almost 30 STEM School students were inside, yet they had no idea that a person too familiar with what they were dealing with was among them.

Julie Finkelstein is a former high school teacher at J.P. Taravella High School, the sister school of Marjory Stoneman Douglas High School in Parkland, Florida. She knew some of the victims in the 2018 school shooting, and said said her son had some friends who were victims as well.

“It is a huge process,” Finkelstein said. “It’s been over a year for my son, and he’s still healing from the friends that he lost and witnessing the things he witnessed last year.”

Finkelstein said when the students arrived at the the restaurant they were still in panic.

“A lot of them didn’t feel like they were safe,” Finkelstein said. “They were still in panic mode, they were still thinking lock-down, code red. I remembered one of the girls I spoke with, she was very shaken. I’m not sure what she had seen, but she said ‘my friends have holes in them, they’re not supposed to have holes in them.’ She was around fifth grade maybe, but it’s definitely not something I would want a child of that age to process.”

Finkelstein said the Parkland shooting, among other things, was the reason she left her teaching job to start a new chapter.

The restaurant on Thursday received many thank you visits from parents, and one family even sent flowers with a note:

“Thank you to everyone for taking such good care of the STEM students who showed up at your doors during yesterday’s tragedy. Your kindness, compassion and diligence to protect our kids was amazing and will not be forgotten. – The Johnson Family.”

However, Finkelstein said none of that is necessary.

“If my son were scared, and if he was in jeopardy, I hope someone would grab him and say ‘you’re okay’ and do what they can to protect and save them, because they’re just kids,” Finkelstein said. “It’s just being a good human. I’m just sorry they had to deal with all of this.”