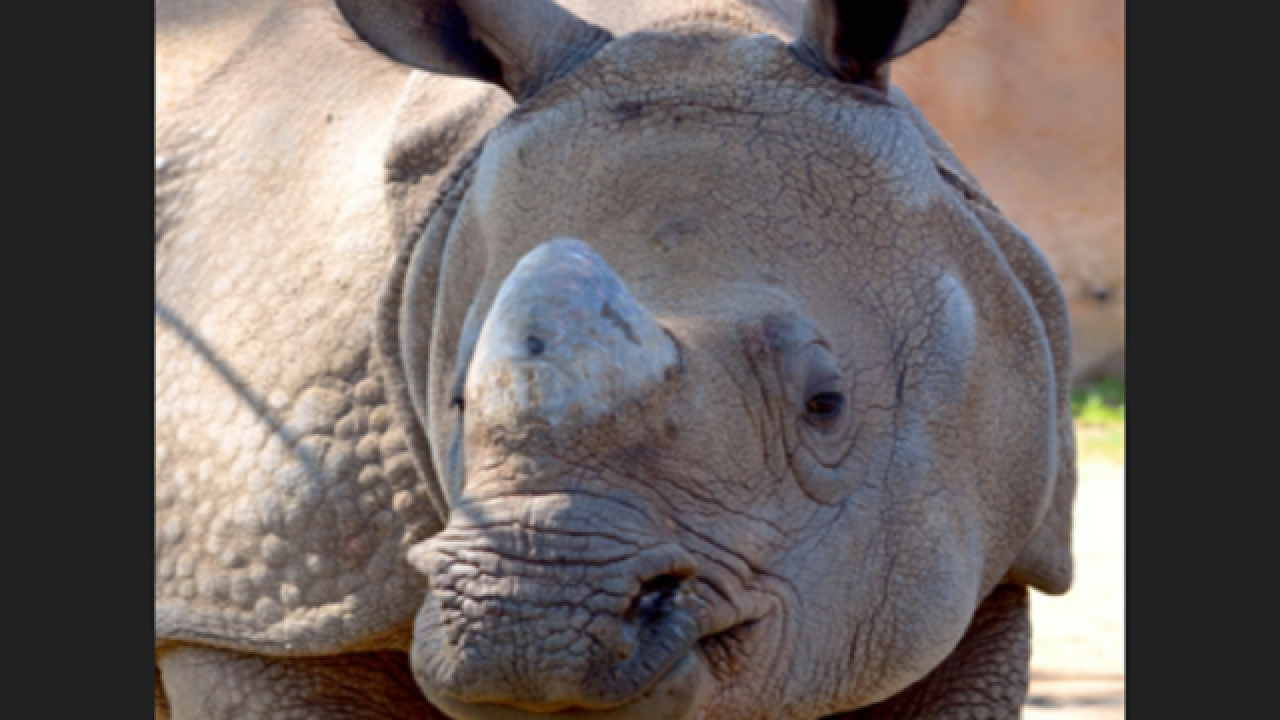 Things could have taken an ugly turn at Denver Zoo on Thursday, when staff and volunteers had a close encounter with a rhinoceros.
The Indian rhino, also called the greater one-horned rhino, reportedly accessed an animal yard where the workers were stationed.
It was a calm outcome, however, as those inside the yard exited immediately and safely to a behind the scenes area, closing the gate behind them.
“Safety is our top priority at Denver Zoo. Fortunately, our staff followed safety response procedures well. We practice and train for these types of situations through drills regularly. The response was exceptional and very fast. All was resolved within moments,” said Denver Zoo VP for External Relations Tiffany Grunert.
Zoo guests were never in harm’s way, since the animal – named Bandhu -- never left its enclosure.
According to a zoo press release, the rhino was being housed in a yard adjacent to where the staff were working and passed through a gate that was left open.
Bandhu stood calmly in the opposite side of the yard as the workers exited, the release said. He was moved to indoor quarters immediately following the incident.
The Denver Zoo is investigating the incident to make sure preventive measures are taken in the future.
Scripps Only Content 2016