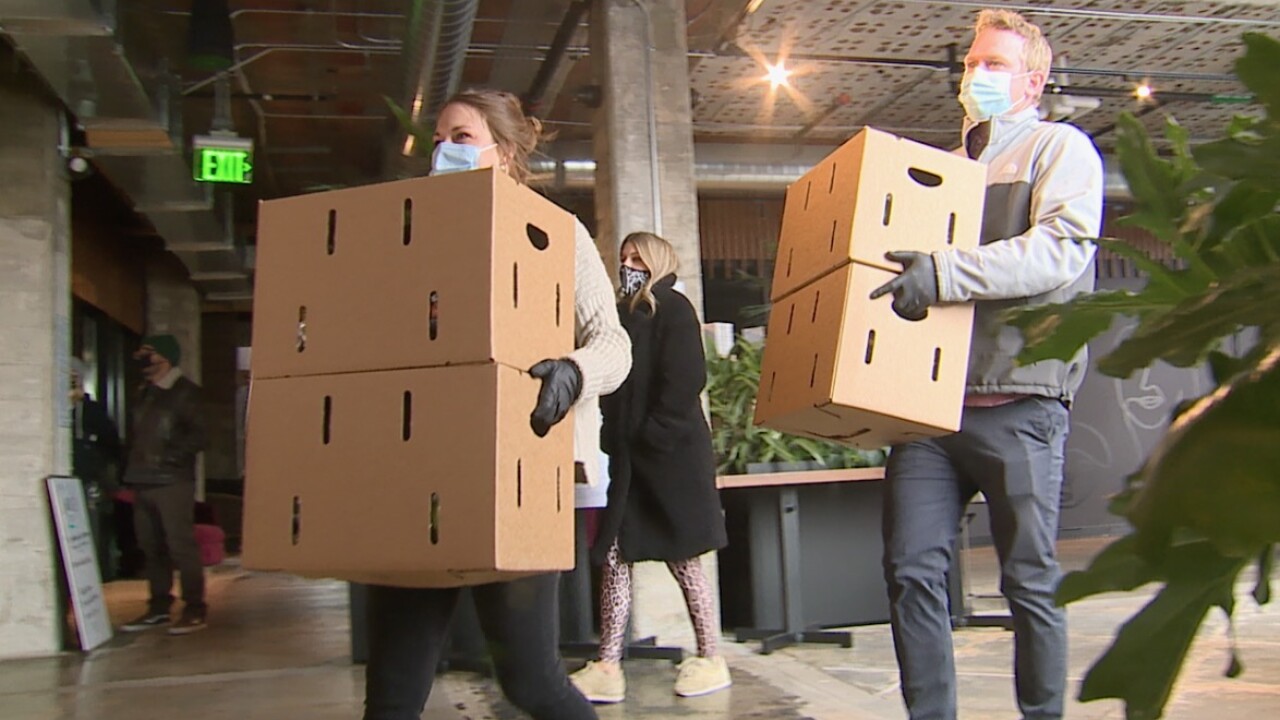 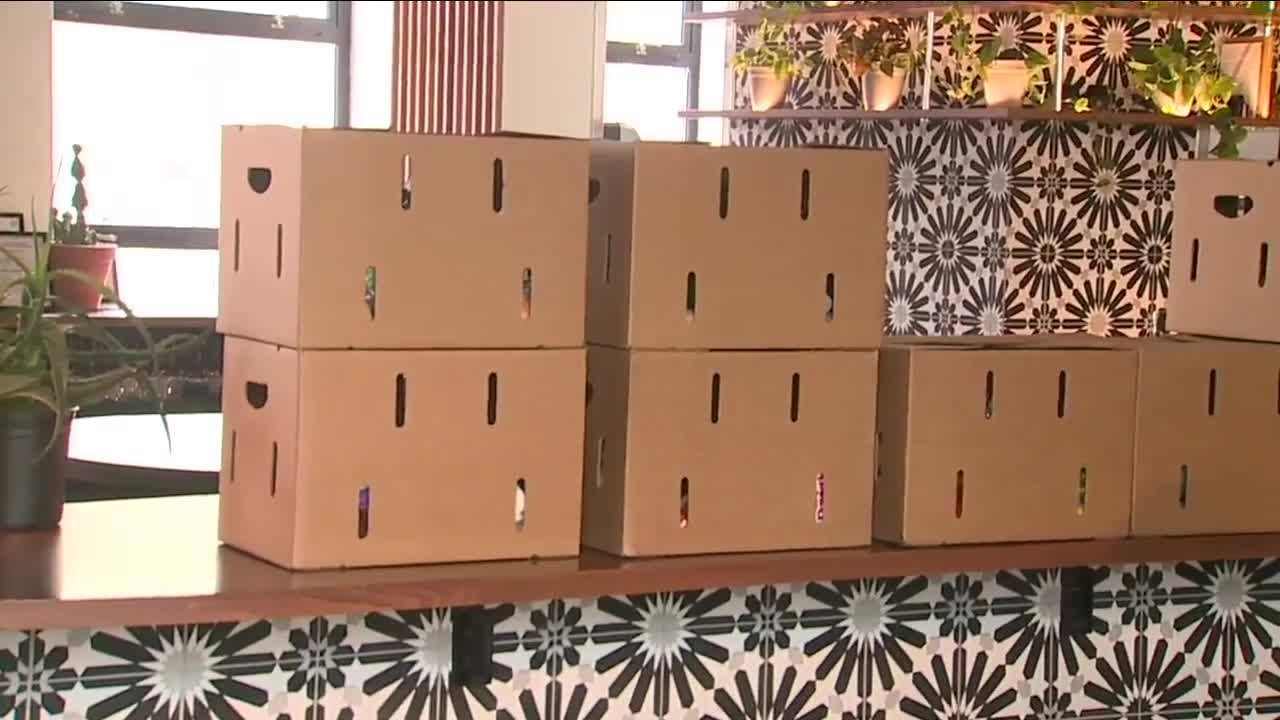 DENVER — Restaurant distributors are teaming up to feed an industry that is out of work after indoor dining restrictions led to mass layoffs.

"This was born from a phone call that I got from a local chef. He called and told me that in one day, he had to lay off 200 people," said Lynelle Fowler, a sales specialist with Fresh Guys Produce.

When Fowler got off the phone with that chef, she was staring at a warehouse full of food and wondering how she could help. Her company was already working with another food distributor called Altamira Doorstep to deliver grocery boxes for customers, so why not feed restaurant workers too?

"We have all these connections and we know all these people, so the least we could do is keep them fed," said Fowler.

Fowler and the sales manager for Altamira Foods, Jeff Jones, decided to start a GoFundMe page to raise money to assemble the food boxes. They are able to keep the cost per box around $25 because of their relationships with food suppliers.

"It’s just a way for us to give what we have. We have food; we have the ability to distribute it," said Jones.

He hopes the grocery boxes will allow people to pay rent and other bills because they won't have to worry about putting food on the table.

"We know a ton of these chefs and they’re our friends, they’re our family. It hurts, it’s hard, and like I said, this is what we can do to help and together we can get through it," said Jones.

Donations started pouring in almost immediately. They were able to put together more than 300 boxes less than two weeks after the page was created. The boxes are being distributed to local restaurants where laid-off workers can pick them up.

"It’s absolutely incredible what they’ve been able to accomplish," said Chris DiMercurio, the chef at Room for Milly.

The Denver cocktail lounge where DiMercurio works recently let go of 20 staff members when indoor dining was suspended. The bar is temporarily closed but fulfilling online orders until the current restrictions are lifted.

"It’s one of those things — it’s incredible difficult, it’s one of the biggest challenges I think this industry has ever faced," DiMercurio.

This is just the beginning for the organizers, who are determined to deliver food to an industry that is usually feeding us.

Fowler and Jones hope to raise even more money so they can continue distributing boxes over the coming weeks and months. As of right now, they have enough funds to put together several hundred boxes next week.

"It’s a great start but we need to go a lot further. We don’t know how long this is going to last," said Jones.