JEFFERSON COUNTY, Colo. -- A group of residents in Ken Caryl are fighting to save the habitat of golden eagles. They fear the eagles will be threatened by the construction of a hiking and mountain biking trail nearby.

"It’s like a no brainer — why are we doing this?" said Heidi Werth, a Ken Caryl resident.

Werth and others protested outside a meeting for the Ken Caryl Master Association. They held signs saying "save our eagles" and expressed frustration for the plans that are moving forward.

The map below shows where the Docmann Trail would be located. It has already been approved despite the backlash and residents are hoping to stop it before construction begins. 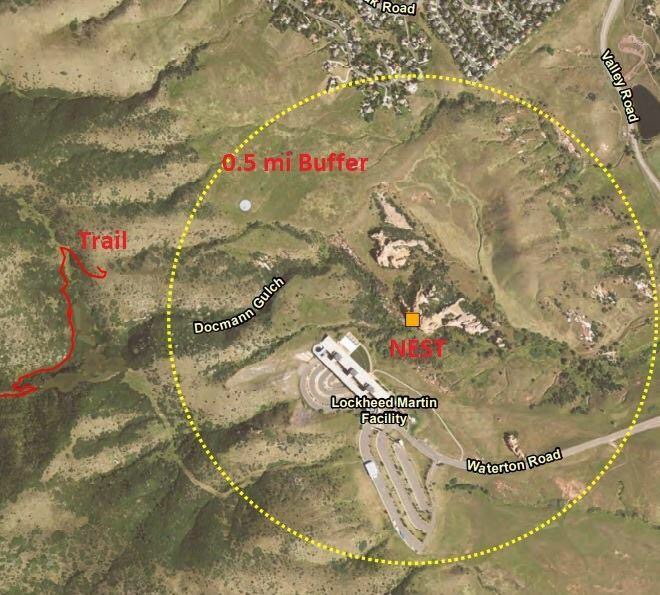 "It is just incredible that we have a few selfish individuals who want to create an amusement park," said Philip Varley, another resident who described his displeasure with the proposal.

The Ken Caryl Ranch Master Association released a statement saying the board is striving to create a balance between natural resource protection and the desire for outdoor recreation. The statement reads:

The proposed trail alignment is unlikely to disturb eagle nesting because it is outside of the CPW-recommended 0.5-mile disturbance buffer and because the eagles are likely habituated to human activity, give the nest's close proximity to the Lockheed Martin facility.