Residents seek to change 'Stapleton' community name, which is linked to mayor with racist, KKK past 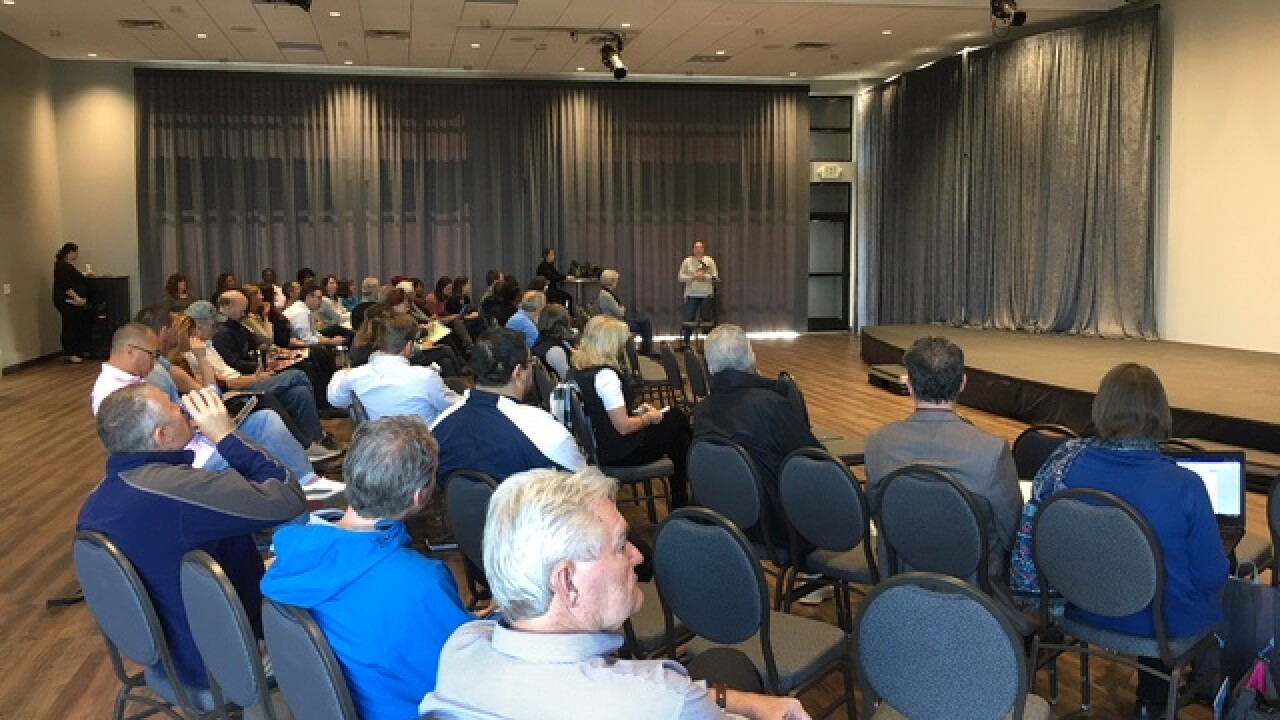 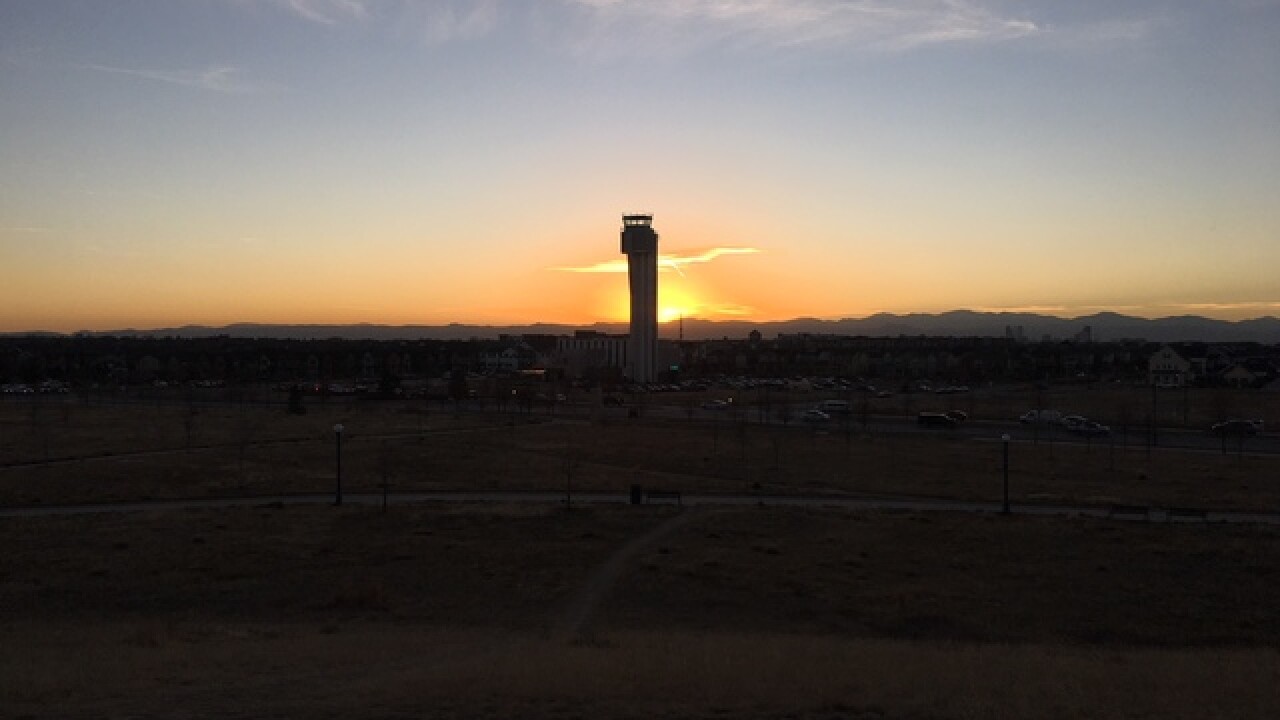 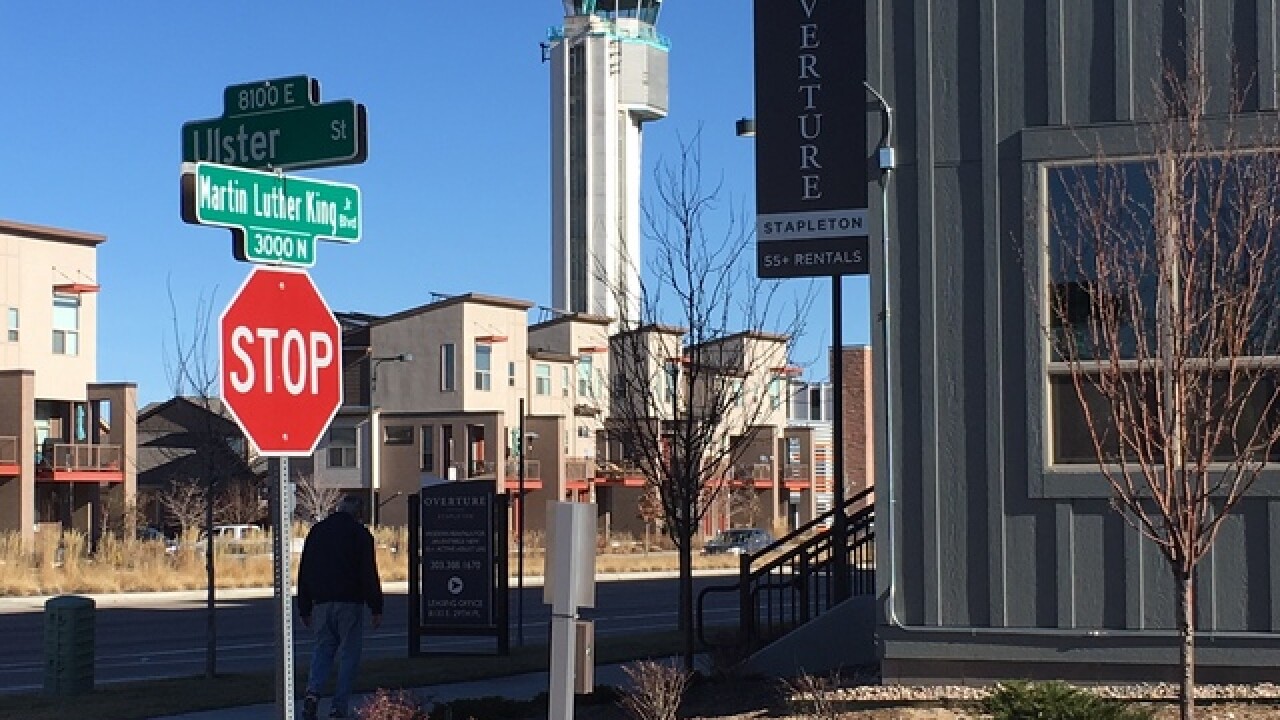 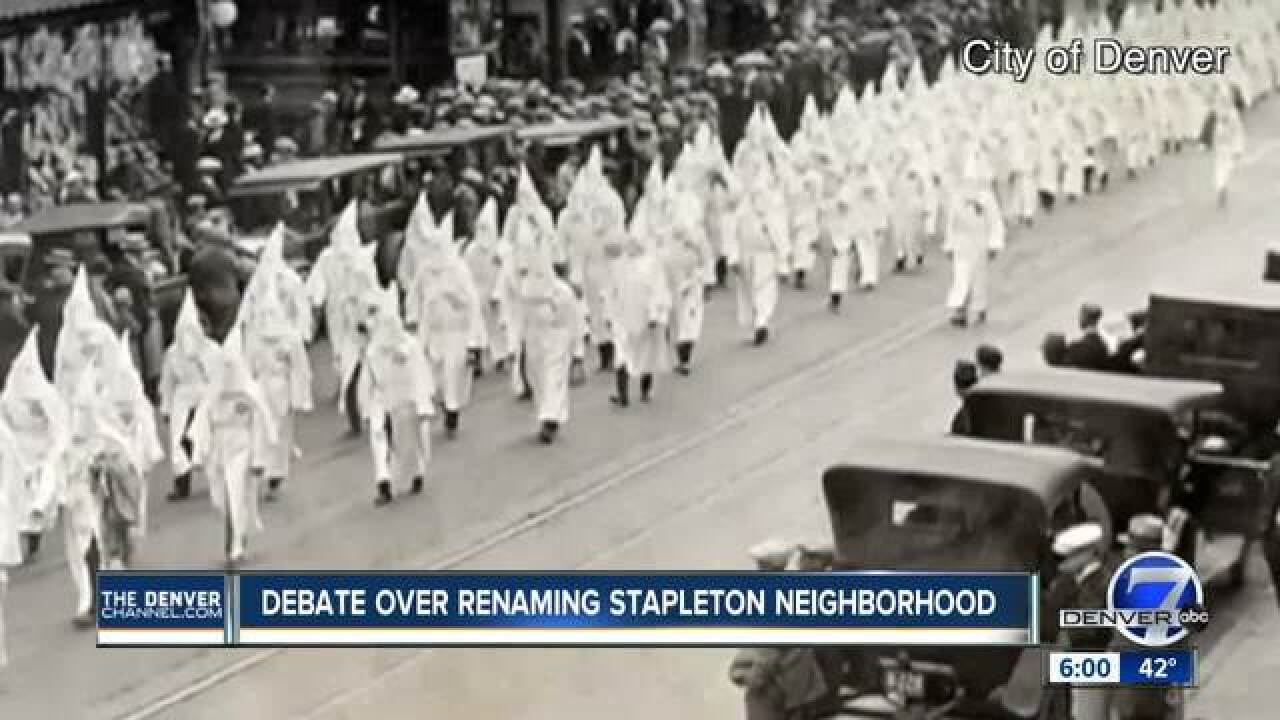 DENVER -- When people hear the word Stapleton, some think of the fast-growing neighborhood in northeast Denver.

Others think of the airport the preceded it.

But some people think of racism and the Ku Klux Klan.

Both the neighborhood and airport were named after Ben Stapleton, a former Denver mayor who had deep ties to the KKK.

Genevieve Swift, of the group Rename Stapleton for All, said the name honors a man who enabled the Klan to flourish in Denver.

To learn more about the group, click on this link: http://renameforall.com/

“They rejected him and tried to force him out,” Singleton said. “I think we really need to focus on the most important message, which is redemption.  People can change, and they can become a better person and I think it’s obvious that Ben Stapleton did that, so I would urge us to keep the name Stapleton.”

But Swift said Stapleton didn’t “repudiate” the Klan’s beliefs.  She said the break-up was result of a power struggle with an organization that was very corrupt.

Swift said most current residents in Stapleton are “privileged” and don’t see the injustice, because they haven’t lived it.

At a public meeting to discuss a possible change, Dr. Gregory Diggs said he raised two children in the neighborhood, “and they kept getting looked at and spoken to as if they didn’t belong here.”

“My son would say, ‘Daddy, what are they talking about? These people are in my neighborhood.  I’m an original resident,’” Diggs said, adding, “It’s not just the climate of the past.  We, today, are living the legacy of white supremacy and white privilege and racism.  Yes, changing the name is symbolic.  We have much harder work to do, but if we’re not going to do the simpler thing of changing the name, that almost indicates that were not going to do the harder things.”

Some business owners questioned the impact of a name change and the resulting additional costs, but others said those concerns are secondary.

Rita Trujillo Hughes said when Stapleton was mayor, “it was a time of white supremacy.”

She said in the current political climate, some racist and supremacist beliefs are resurfacing.

She referenced the march and violence in Charlotte, Virginia.

“I think, as a community, we need to have that discussion,” she said.  “I do appreciate businesses and their costs, but this is much bigger than that.  It’s about who we are as a community.”

Not everyone thinks there is a need to change the name.

One resident, who was walking her dog in Central Park, told Denver7 that she didn’t plan to attend the meeting and didn’t see what the fuss was all about.

Diggs said Stapleton was supposed to be a “diverse” community, but is 83 percent white.  He said that census figure includes three incarceration facilities.

“In the beginning, the people of Forest City told us, when these concerns came up, the name Stapleton was not going to be so emphasized in marketing.  It would just be used as a location, so people would know where we are.  That’s the total opposite of what happened.”

No decision was made at the public meetings, but Tom Gleason, a spokesman for Forest City, told Denver7 that the community will decide whether the neighborhood’s name will be changed.