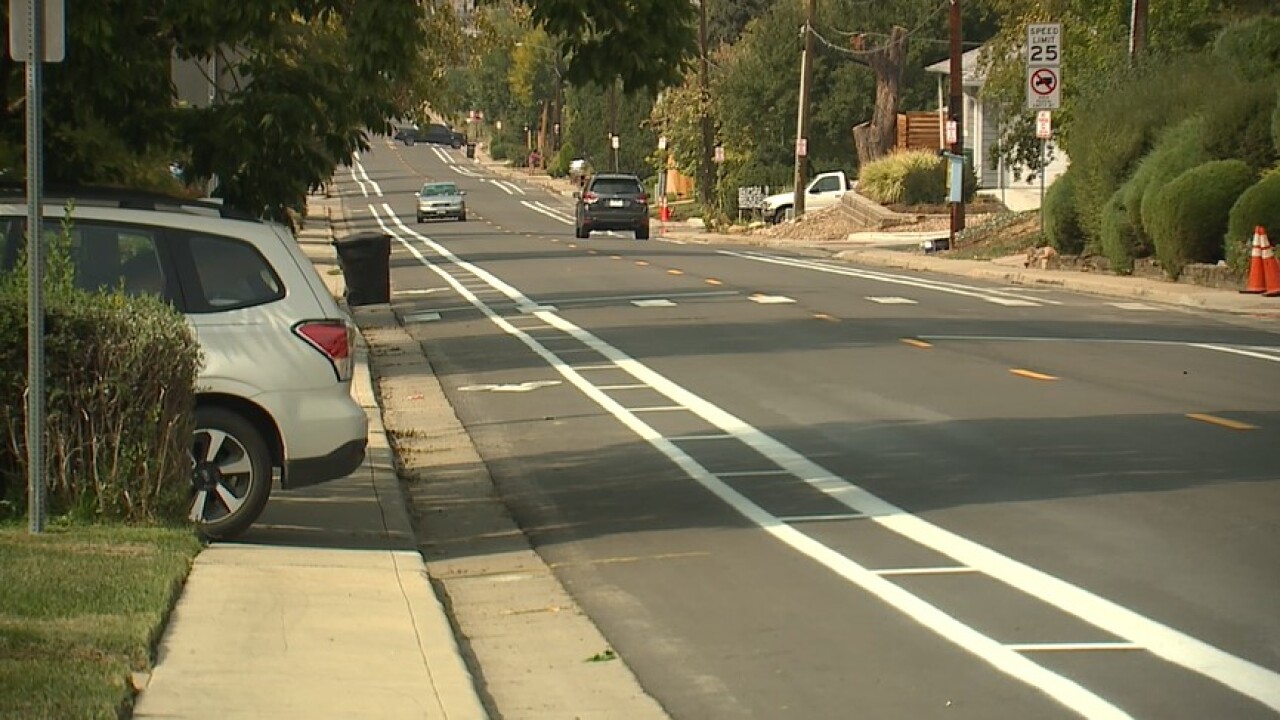 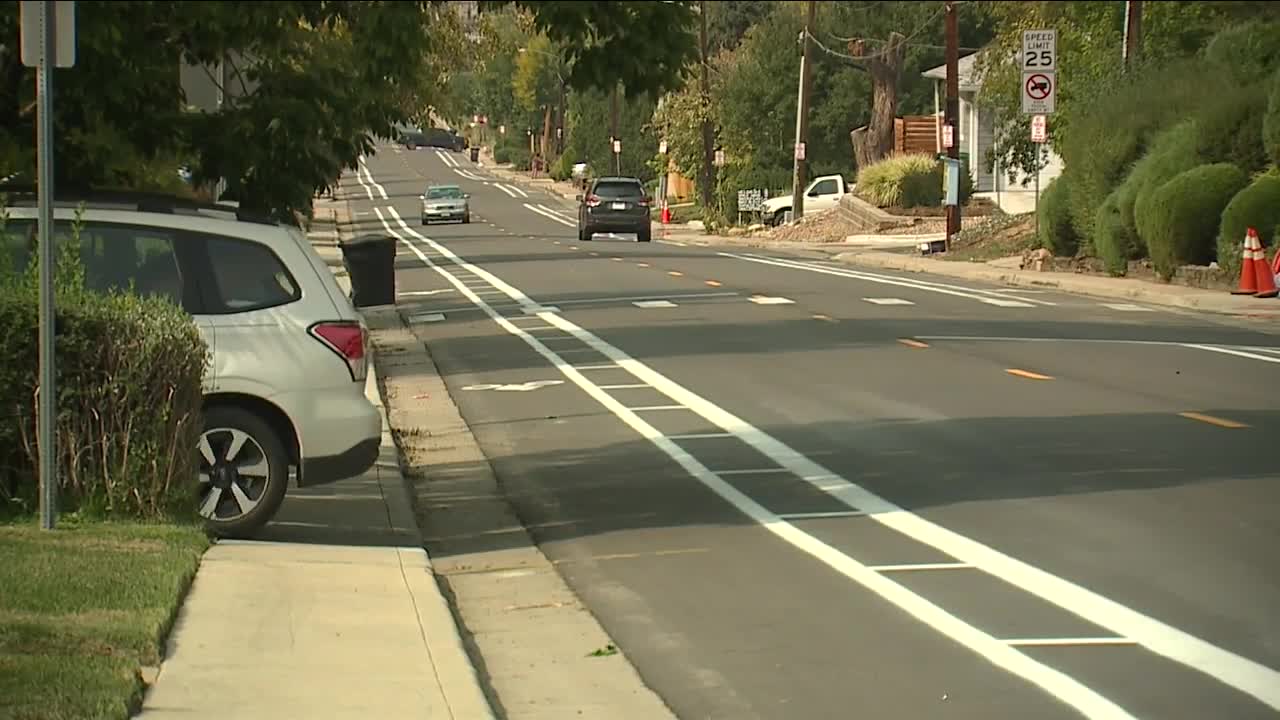 DENVER — Residents of the Virginia Village neighborhood are upset their street parking was removed on both sides of East Jewell Avenue to make way for bike lanes.

The bike lanes were painted in August as part of Denver’s plan to build 125 miles of bike lanes throughout the city.

Residents say they support making East Jewell Avenue safer for the few cyclists in the area, but don’t understand why their street parking was impacted.

“It’s a neighborhood, there are houses on both sides of the street. Why does all of the parking need to be removed for a bike lane?” Nathan Huber asked.

Most of the 58 homes along the avenue have single lane driveways, meaning some residents have been rotating their vehicles out of the driveway on a constant basis because they can’t park on the street.

Alec Ehli calls it a game of "parking roulette" with his girlfriend.

“At seven in the morning I have to move my car back out and then she backs out,” Ehli said.

Joy Hewitt Kind runs an acupuncture business out of her home. She can’t force her older or disabled patients to walk a block from a side street to see her.

“It’s completely going to affect my business, I can’t have as many people as I usually do, so it makes for long days spacing out people one by one,” she said.

Denver’s Department of Transportation and infrastructure (DOTI) sent Denver7 a statement saying, in part, “In this case, we prioritized safety over the convenience and availability of on-street parking on this stretch. All but two homes on this stretch have driveways and garages (therefore, alternative places to park) and utilization of on-street parking on this particular stretch is actually low.”

But residents say the inconvenience isn't prioritizing their safety.

The street is not well lit at night, traffic speeds through stop signs and they are concerned about the safety of those who have to park blocks away during winter.

“There’s a multitude of concerns that are exacerbated by weather; it gets darker sooner, and it’s not clean and dry, it’s slushy, icy; people can slip and fall,” Huber said.

Residents say they aren’t anti-bike lane, but they want a compromise.

“No one uses this bike lane at 6 o’clock at night. Why can’t we have certain parking times?” Ehli asked.