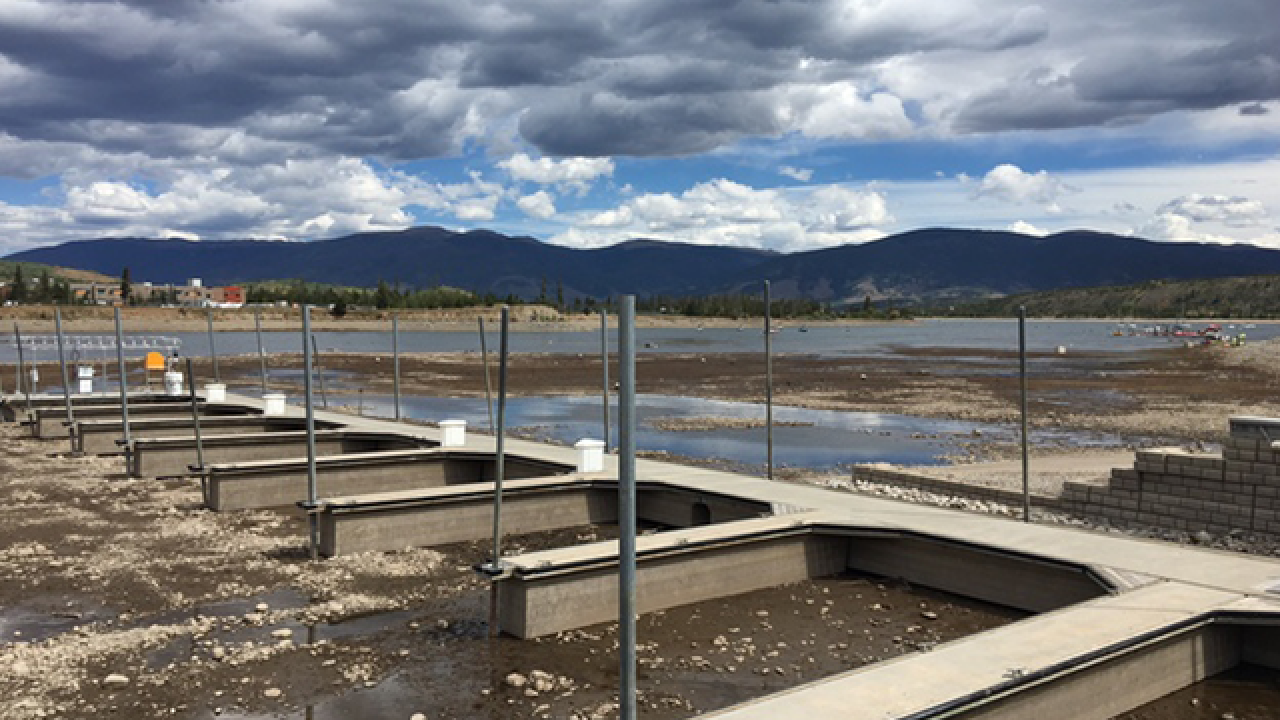 COLORADO SPRINGS, Colo.  — Colorado's largest body of water is on track to approach historic lows this fall, prompting early closures of some of the area's recreation opportunities.

The U.S. Bureau of Reclamation says Blue Mesa Reservoir, which feeds into the Colorado River, is currently at 39 percent capacity.

Extreme drought conditions are also affecting other parts of the state. Water levels in Lake Dillon in Summit County are dropping about one inch per day, causing problems for staff at Frisco Bay Marina.

"And so an inch a day going down means the water line is moving 10 feet out every day, so we have to keep chasing it and moving the docks, which is definitely a lot of work," said Tom Hogeman, the marina's general manager.

Hogeman said he hasn't seen the water this low since 2012 and it will only continue to go down as we head into the fall. The marina is typically open for rentals through mid-October but this year the season could end early.