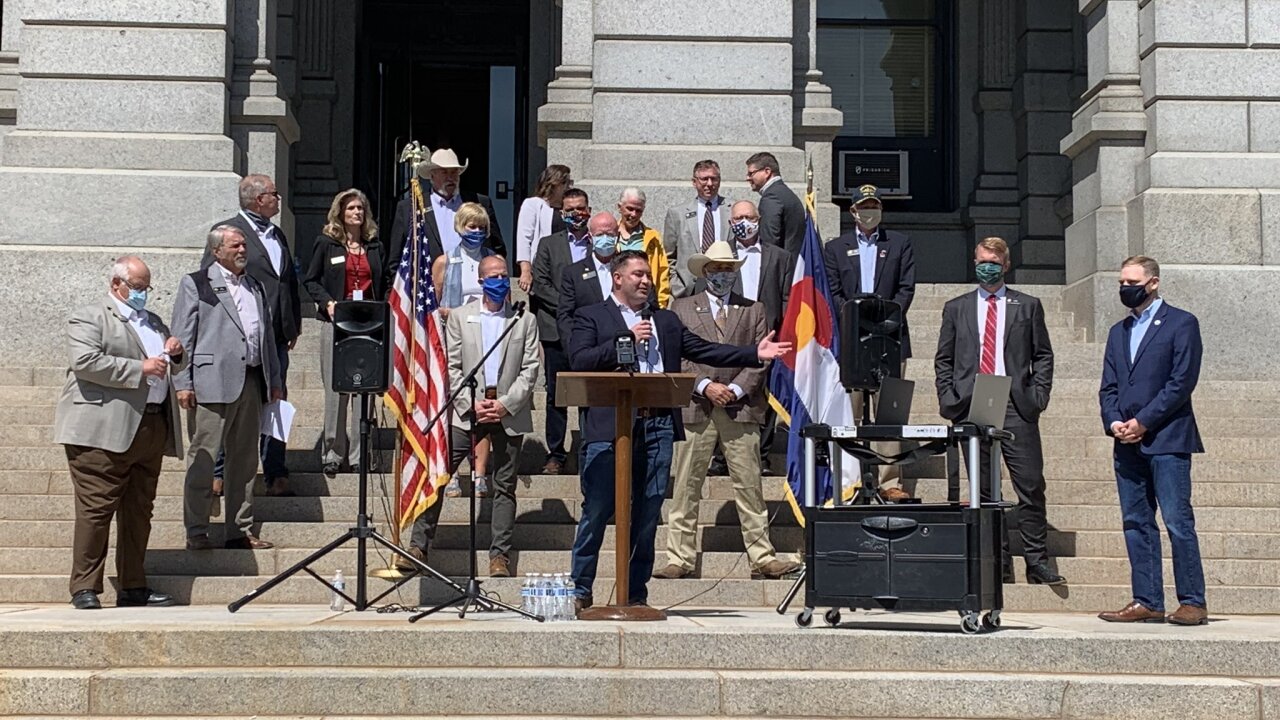 Colorado Republican lawmakers hosted a press conference Monday to talk about some of their priorities when the legislative session resumes next week. 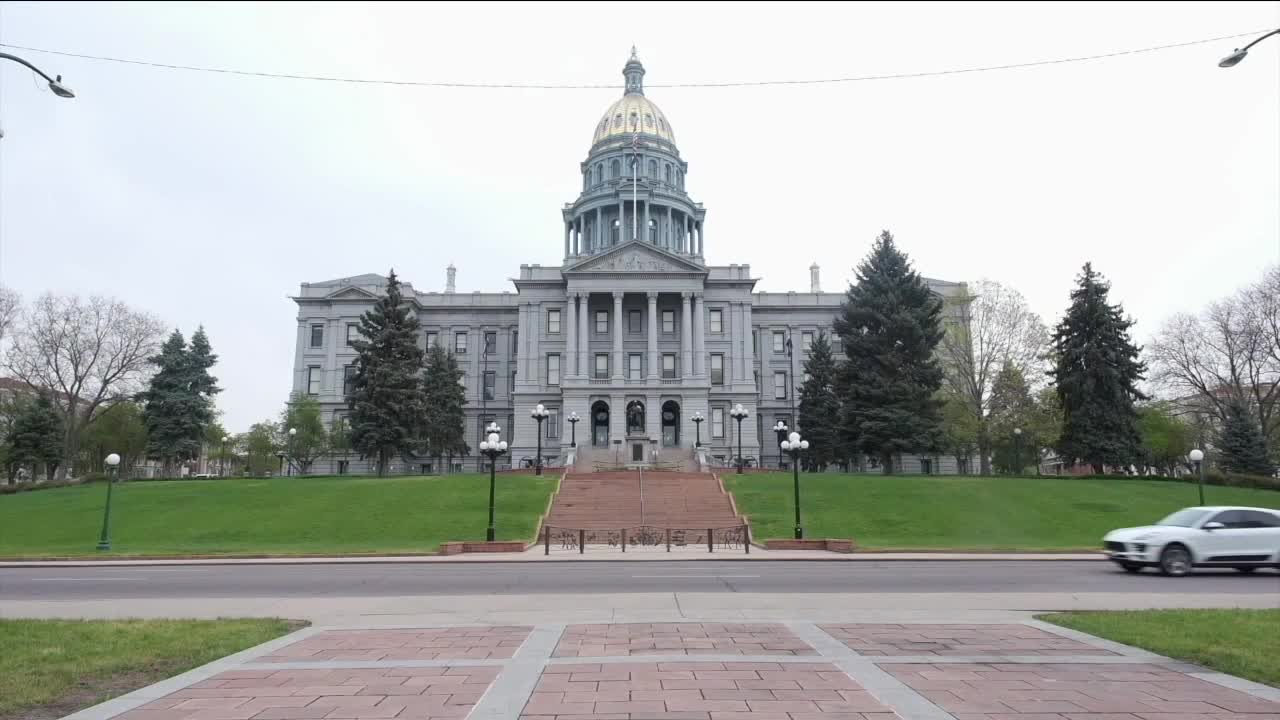 DENVER — Colorado Republican lawmakers hosted a press conference Monday to talk about some of their priorities when the legislative session resumes next week.

About 20 Republican lawmakers stood on the East steps of the capitol while several others joined via Zoom to focus on the steps they’d like to see taken to protect small businesses, rural areas, seniors and education.

For small businesses, Rep. Lori Saine said she would like to see some property tax relief in the form of a bill to allow counties to waive or reduce their property interest rates.

“Property taxes going to be paid no matter what, but if we could just push that out a little bit to October 31, that would give these businesses time to get some cash in,” Rep. Saine said.

“A lot of these business owners don’t know what to do or where to turn other than file bankruptcy or close their doors forever,” Rep. Saine said.

She also wants to cap unemployment insurance premiums at 2019 rates or less. These rates are set to go up once the state’s unemployment trust fund runs out of money, which is expected to happen in late June or early July.

To make up the difference, she’s like to use some of the money the state was allocated from the federal CARES Act to backfill the fund.

However, House majority leader Alec Garnett doesn’t think that is the solution.

“Using that CARES Act money to just kind of go in and backfill is actually just sort of like a tax loophole. That doesn’t really help hard-working people on the ground, it just kind of furthers the problem with the lack of funding around our unemployment insurance fund. So, it’s not really a solution to a problem,” Rep. Garnett said.

Meanwhile, Rep. Neville stressed the need to protect the senior homestead exemption, saying it will likely be the biggest fight when lawmakers return to the capitol.

“I think it’s absolutely atrocious that we would not let seniors have that exemption that many depend on just to stay in their homes when they are the most vulnerable populations right now,” Rep. Neville said.

However, with a $3.3 billion budget shortfall, moving forward on these priorities could be a challenge.

Beyond that, Republicans need the Democratic leadership to sign off on any new bills they plan to introduce this late in the session.

“I can’t run a bill I can’t introduce a bill at this point in the session it takes their approval,” Rep. Neville said. “The message to the majority is we’re here to help, and we’re part of the solution, and we want to see Colorado get back on track, so let’s get these policies done.”

One of the ideas floating around during the recess is an emergency tax to get around TABOR laws in the state and help bring money into the general fund.

That idea requires a two-thirds majority in both chambers in order to pass -- something Democrats have admitted would be difficult to get Republicans to support.

Rep. Neville is also doubtful. He says he thinks that has a one in a billion chance of that happening.

Rep. Garnett says he welcomes the help from Republicans, and he would like to do as much as possible to protect things like the senior homestead exemption. However, with a dire budget situation, without federal help, deep cuts are coming to many programs.

“No one wants to look at the senior Homestead exemption terms of finding ways to balance the budget,” Rep. Garnett said. “I would ask them in return, OK if we don’t want to go here or we don’t want to limit this, what are the other cuts that are on the other table because they have to add up to a constitutionally balanced budget.”

For their part, Rep. Garnett says Democrats are looking at ways to help protect workers and consumers when they return to session as well as help for people on the front lines.

In the end, though, Rep. Garnett is pushing for bipartisanship when the session resumes in order to pass policies that help Coloradoans.

“Really, I think what Coloradans expect right now is for problem-solving and for both sides to come together to help lead us through these pretty challenging and what I would call dark times,” he said.

The legislative session is set to resume after Memorial Day and is expected to last three weeks.