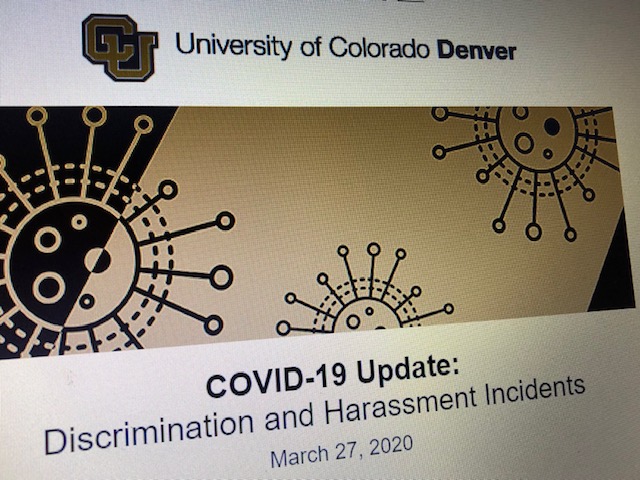 Name calling and assaults. There are claims that harassment and attacks against the Asian-American community are on the upswing in Metro Denver. 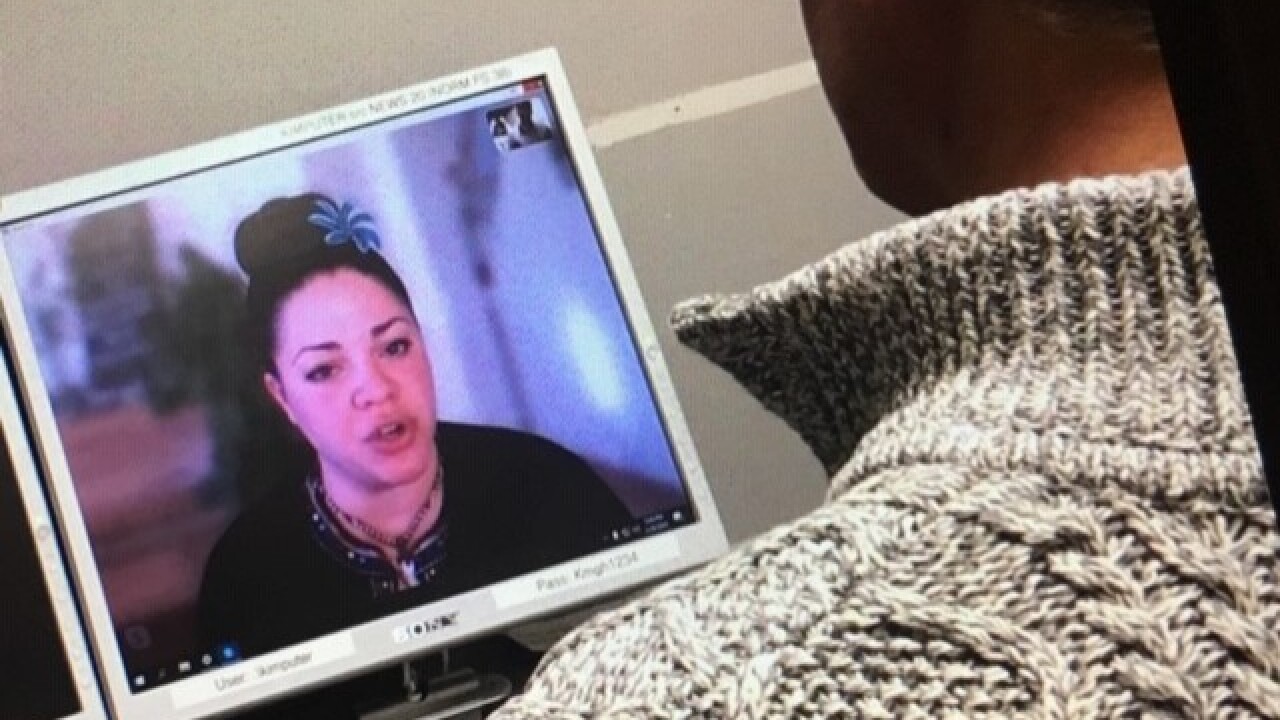 There are claims that harassment and attacks, against the Asian-American community, are on the upswing in Metro Denver.

Some of that harassment is being blamed on the coronavirus.

In a letter to the CU-Denver community, posted last Friday, CU-Denver Chancellor Dorothy Horrell said there has been a recent increase in discrimination and harassment "directed at those perceived to be Chinese, or more generally, of Asian descent."

CU clarified its message today saying they have "not seen an increase in discrimination or harassment. Rather, we were made aware that some students have been facing this out in the community."

The school's media relations and communications specialist, Sarah Erickson, said they chose to address the issue and outline action items to ensure it doesn't continue.

Chien Ng, the owner of a coffee shop in Denver said he was called a derogatory name and told to go back where he came from, while minding his own business and walking his dog, last weekend, near SouthGlenn in Centennial.

Mr. Ng declined an on camera interview, saying, "What good would it do?"

He told Denver7 by phone that he has experienced more prejudice in the U.S. than anywhere else.

"I grew up in Singapore," he said. "It's a multicultural country. This doesn't happen there."

The coffee shop owner said this wasn't the first time he's been harassed.

"Thirty years ago, when I first came here, someone spit in my face," he said.

Ng's wife said even while working at the coffee shop he owns, some customers don't want him waiting on them.

"I have to come out front," she said, "to take care of those customers."

"There was a liquor store that posted on their outdoor signage a very sarcastic message saying, 'Thanks China,' and what is even more devastating," Shauna Medeiros-Tuilaepa said, "is that they included the numbers 14.88."

According to the Anti-Defamation League, those numbers are well known white supremacist symbols.

The number 14 refers to a 14 word slogan, "We must secure the existence of our people and a future for white children."

The number 88, stands for Heil Hitler. (H being the 8th letter of the alphabet.)

"It's very unfortunate that things are happening like this, but it is on the rise," she said. "We've gotten stories about...a coffee shop. One of the employees actually targeted an Asian American and yelled at them to stay 6 feet away, and didn't say anything to the other employees who were there," Medeiros-Tuilaepa said, "and people are getting spit on, people are having derogatory terms yelled at them."

In her letter to the broader CU-Denver community, Chancellor Horrell wrote: "It is important for all of us to reject anti-Asian discrimination and harassment, even as represented in the guise of people expressing fear of COVID-19."

"The blaming game is pretty stupid," said a man, who asked to be called Tony.

He said he was in an elevator recently when several people walked in and accused him of "wasting a mask."

"That was stupid," he said, "because you need a mask all the time, to protect yourself from getting infected by the coronavirus."

Tony said he senses some frustration behind the harassment.

"I think people are blaming Asians to divert attention away from the domestic problem, of the economic crisis."

Whether it's the economy, or the virus, Medeiros-Tuilaepa said the anger is misplaced.

"The virus is not choosing sides," she said. "It's not choosing ethnicities. We're all together, and to use this time to fear monger and to abuse another ethnicity or another race is just ridiculous."

Medeiros-Tuilaepa added that anyone who is harassed or assaulted should file a report with police.

"They want to keep it from escalating into something much more severe," she said.