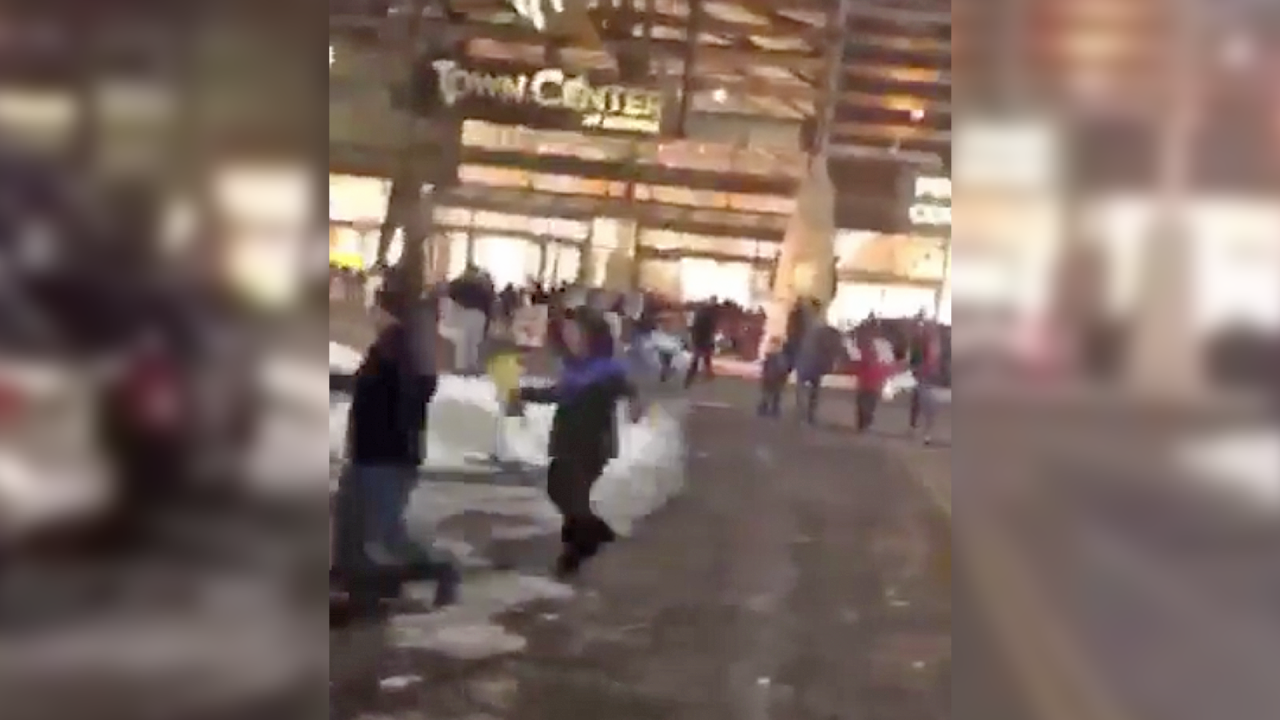 AURORA, Colo. — A quiet evening of shopping at the Town Center at Aurora mall turned to panic and confusion after a report of a shooting began to spread across the busy shopping center Saturday evening. But Aurora police said there is no evidence that shots were fired.

Video shot by Seth Lainez and shared with Denver7 shows shoppers screaming and running from the mall around 7 p.m.

Police arrived and issued a shelter in place order while they secured the mall and searched for any possible shooter or shooters. However, after reviewing surveillance video and securing the entire property, including the parking lot, police determined the reports were unfounded.

Aurora police said several people reported hearing gunshots in different parts of the mall. But police again stressed that no credible evidence was found that someone had a gun or fired one inside or near the mall.

It's unclear how the rumor got started. But an owner of a shop inside the mall told Denver7 a group of people were involved in a dispute when one of them pulled a gun but didn’t fire it.

Police said no arrests were made and no injuries were reported.

Town Center at Aurora remained open during its regular hours Saturday, but police had increased patrols in the area.