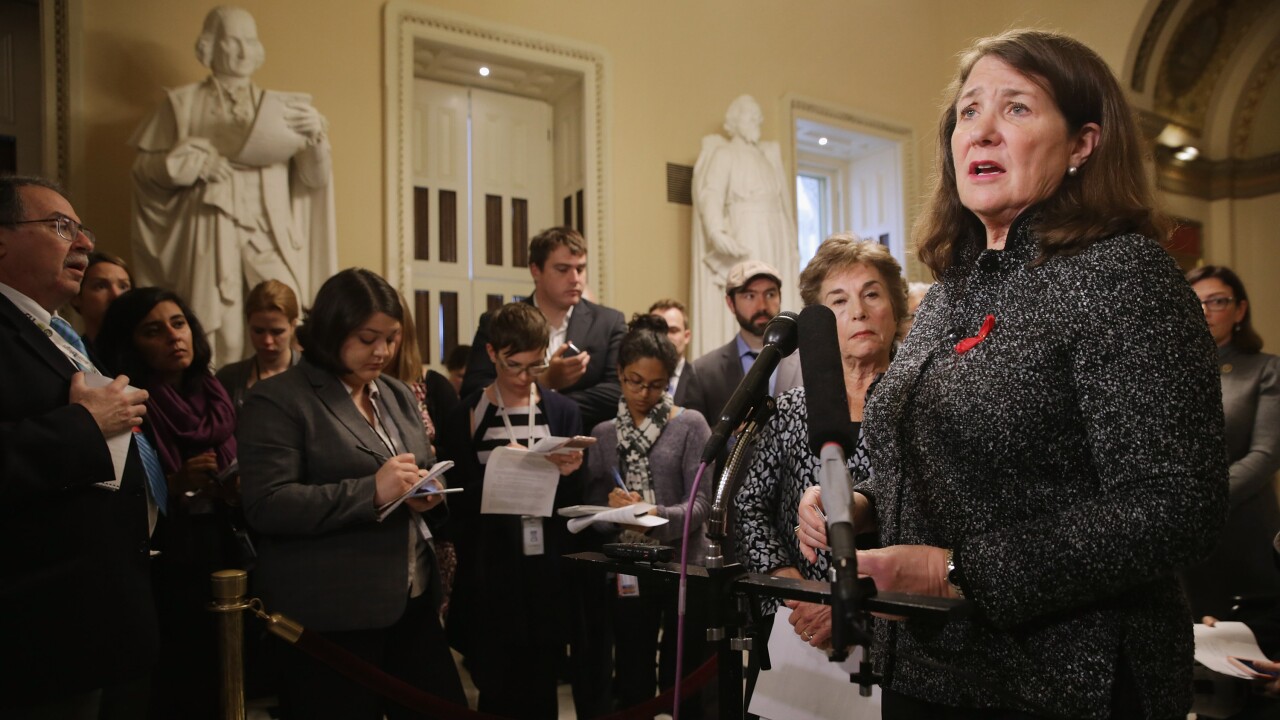 Chip Somodevilla/Getty Images
WASHINGTON, DC - DECEMBER 01: Rep. Diana DeGette (D-CO) talks to reporters during a news conference in the U.S. Capitol December 1, 2015 in Washington, DC. Nadler and fellow Democrats were critical of the House Republicans' formation of the House Energy and Commerce Committee's new Select Investigative Panel on Planned Parenthood and abortion, which the Democrats have dubbed the 'Select Committee to Attack Women's Health.' (Photo by Chip Somodevilla/Getty Images)

U.S. Rep. Diana DeGette will serve as speaker pro tempore and preside over the U.S. House of Representatives for Wednesday's debate on impeaching President Donald Trump.

Speaker of the House Nancy Pelosi asked DeGette to take on this role, according to a press release.

“I am honored that the speaker has asked me to serve as speaker pro tempore of the House and to preside over most of the impeachment debate," DeGette said. "None of us came to Congress to impeach a president, but every one of us – when we assumed office – took an oath to uphold the constitution. This is a sad and somber moment in our nation’s history and the responsibility to preside over this important debate is something I will not take lightly.”

On Tuesday, the House Rules Committee adopted guidelines that detail how the vote will likely go down: Democrats and Republicans will have six hours to debate the two impeachment articles — abuse of power and obstruction of Congress — and the time will be split evenly between the two parties. They will vote following the debate.

It will be the third impeachment vote in U.S. history.