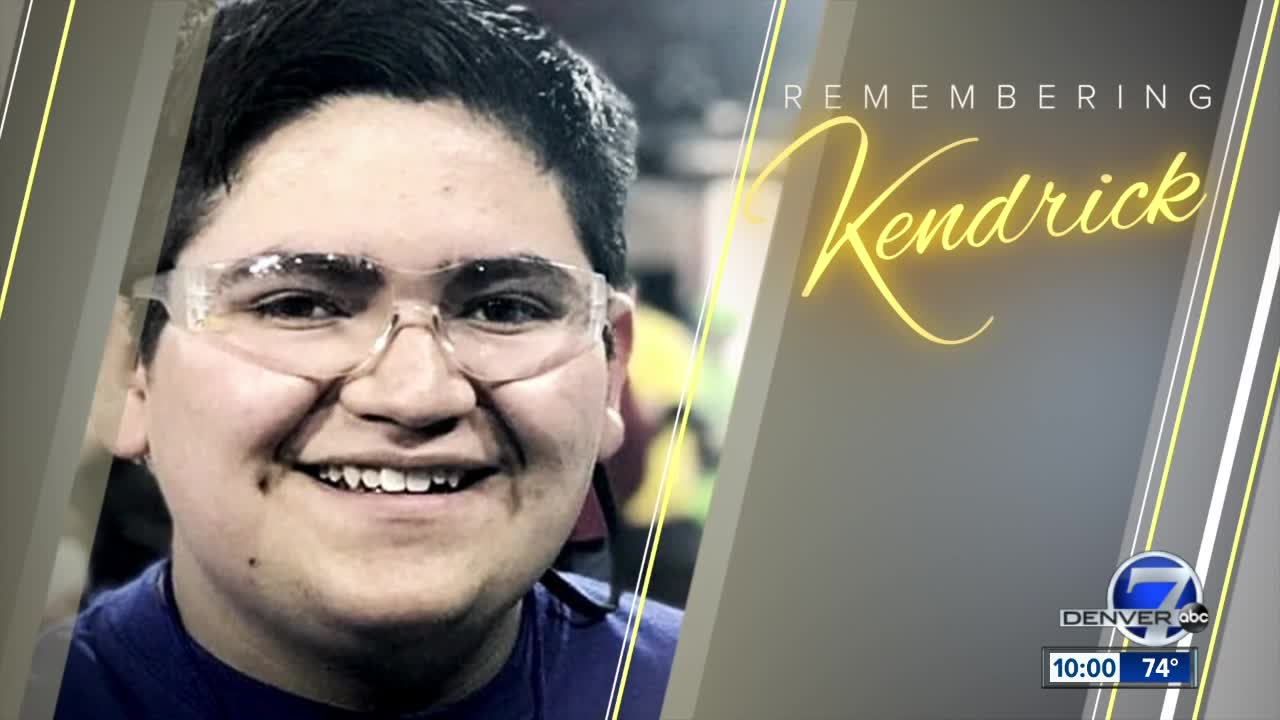 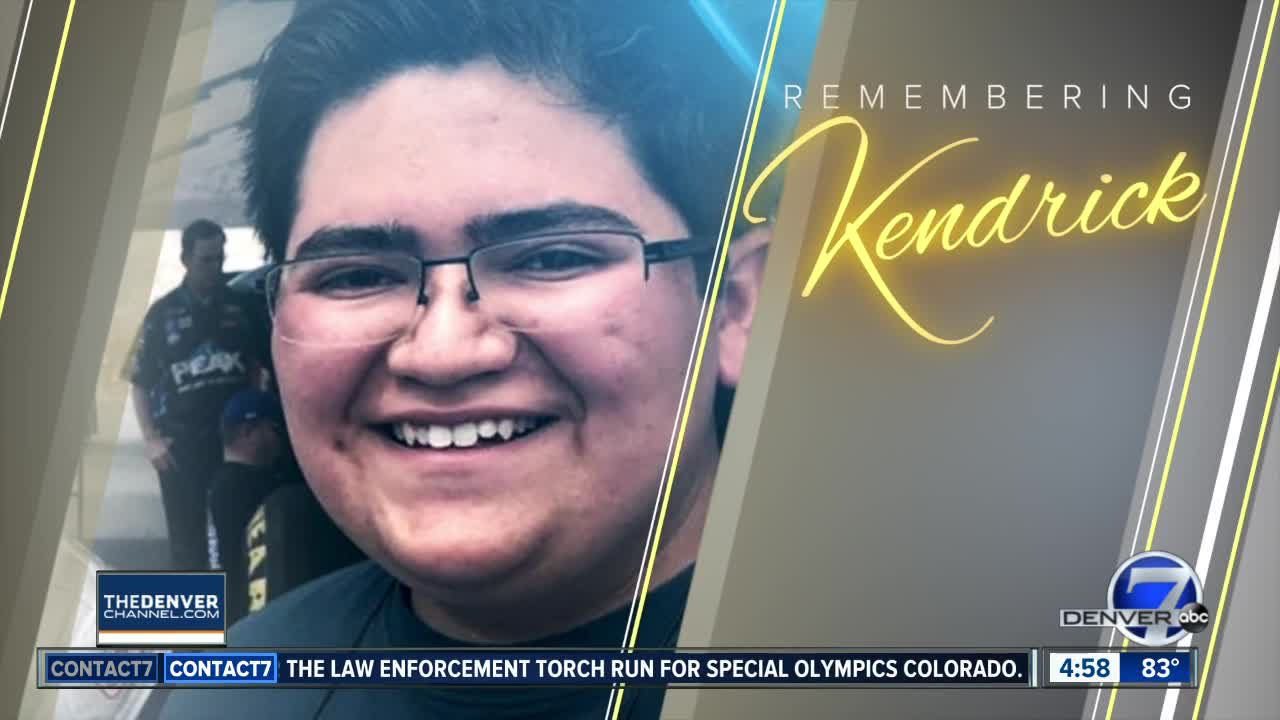 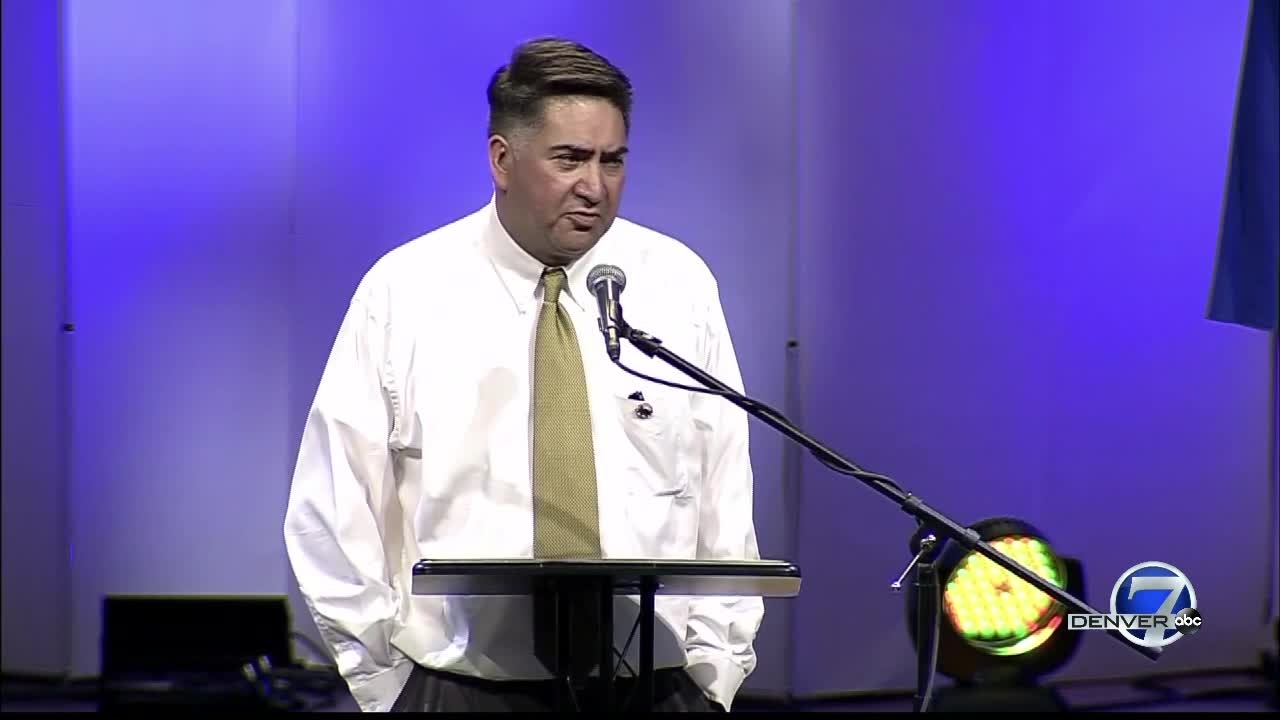 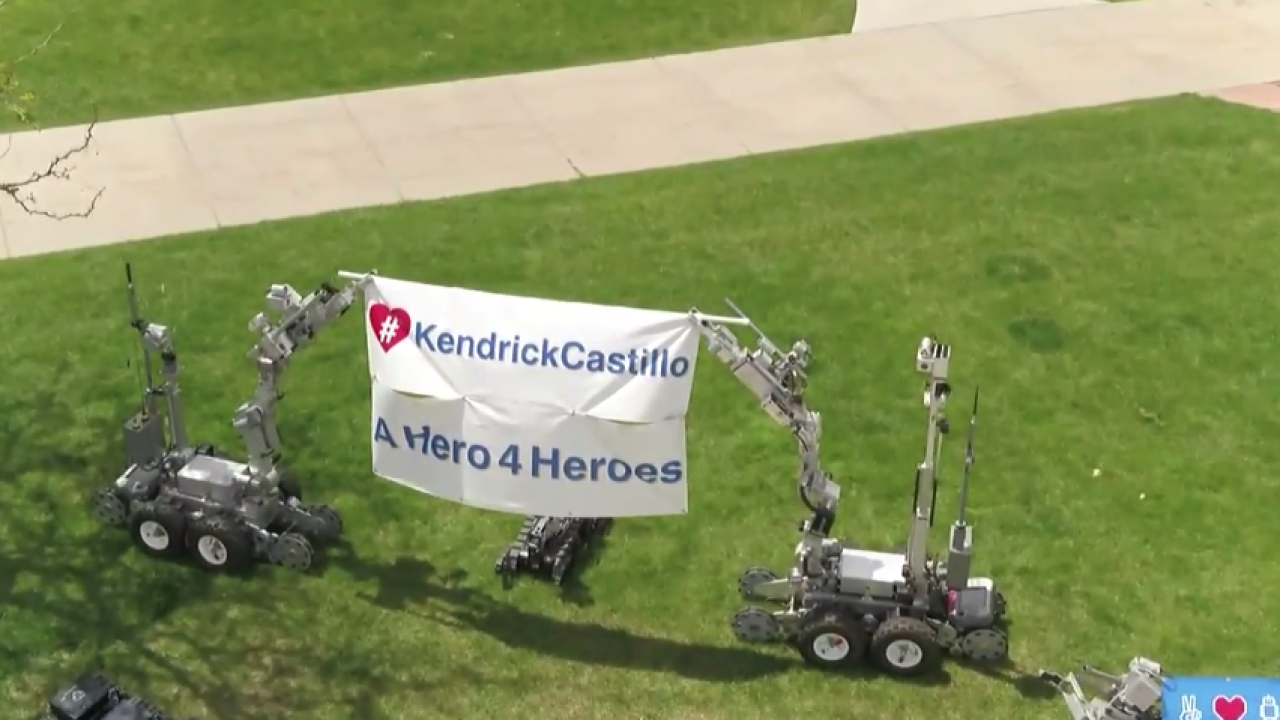 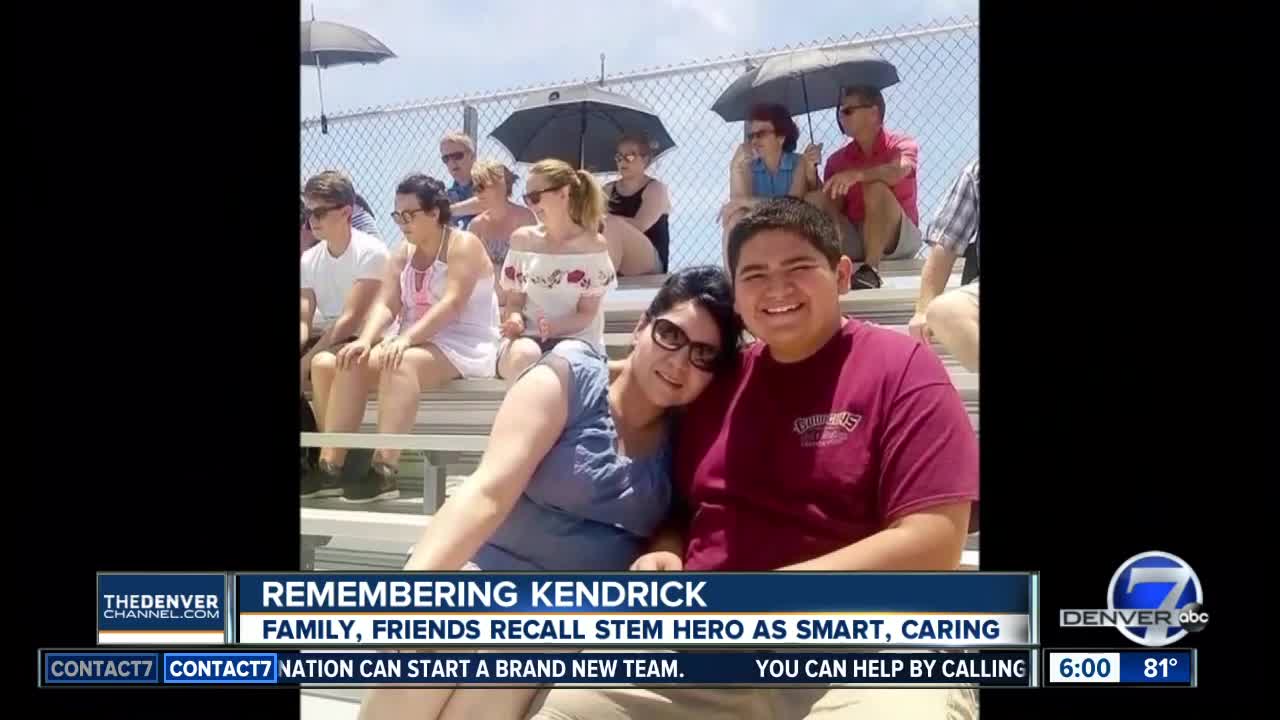 HIGHLANDS RANCH, Colo. – John Castillo said he always knew his son was a hero, even before he died as one.

"If I had to describe him in a certain way: Love for anybody he met," Castillo said Wednesday at his son's memorial service. "If you were walking and stumbled, he would help. There's risk in love...And Kendrick knew those risks."

Kendrick Castillo, 18, was killed last week in a shooting at STEM School Highlands Ranch, where he was just days away from finishing high school. His classmates said Castillo rushed the suspected shooter , helping disarm him and saving lives in the process.

On Wednesday, his family and friends gathered at Cherry Hills Community Church to celebrate the teenager. The speakers shared stories of Castillo's selflessness, starting at an early age; his love of robotics and his Jeep; and how he always wanted to help others, even if he died doing so.

The service followed a procession of dozens of Jeeps, Castillo's beloved SUV. Earlier in the day, Gov. Jared Polis declared it to be "Kendrick Castillo Day" in Colorado. Outside of the church, two robots held a banner for Castillo: "A Hero 4 Heroes."

"I feel the love of thousands," John Castillo said. "I'm going to have my moments when I'm going to be sad. I'm getting through this with the help of Kendrick."

'The epitome of a young Christian man'

On his first day of preschool, he saw a classmate crying across the room. The little boy was missing his mom, Molis said, so Castillo walked over to him, put his arm around him, and told him it was going to be OK.

"Kendrick was certainly proof that one person can make a difference," Molis said.

"It was an easy decision," Molis said. "He had his faith as his foundation. Truly, he was the epitome of a young Christian man. Even now, he's inspiring us."

Castillo's STEM school classmates and teachers shared stories about his passion for robotics.

"It just felt right from the moment he walked in," teacher Mike Shallenberger said, recalling a robotics open house Castillo attended when he arrived at the STEM school. "I couldn't tell if he was made for our school or our school was made for him. Soon it would be like he owned the place, and he did."

Shallenberger remembered the time Castillo was trying over and over again to get an ultralight glider to take flight. And at the same time, he found the time to help other students with their projects.

"The best way to honor and celebrate Kendrick is to be more like him," Shallenberger said. "I think we need to be a little more like Kendrick."

Castillo's best friend, Jordon Monk, said Castillo's tinkering extended beyond the classroom. The two would work on everything from Castillo's "deathtrap golf cart" to their own vehicles when they got their licenses.

"We changed brakes and oil and detailed our cars almost religiously," Monk said. "We always had the two cleanest rides."

Dakota Mann, a member of the robotics team and a mentor to Castillo, regretted the experiences his friend won't get to experience again, from fishing to driving his Jeep to enjoying a lazy Saturday.

After the service, Douglas County Sheriff Tony Spurlock read a statement to the community from the Castillo family.

"Kendrick’s life on this Earth was focused on being kind, generous and concern for his friends and family. It is no surprise the Kendrick sacrificed his life to save others. Words can not express the grief that Kendrick’s parents are feeling right now, but they want everyone to know that Kendrick would want love, friendship and fellowship that brought everyone together today here to be carried forward as we move through this very difficult time," Spurlock read. "Kendrick’s grandfather was a United States Marine, and he shared his love for his country with his grandson. Kendrick’s love for America and now America’s love for Kendrick for his bravery and all that he displayed. The Castillo family expresses their deep gratitude for all the overwhelming support that has been shown to them. They ask the community to keep the students, parents and the STEM staff in their continued prayers and thoughts."