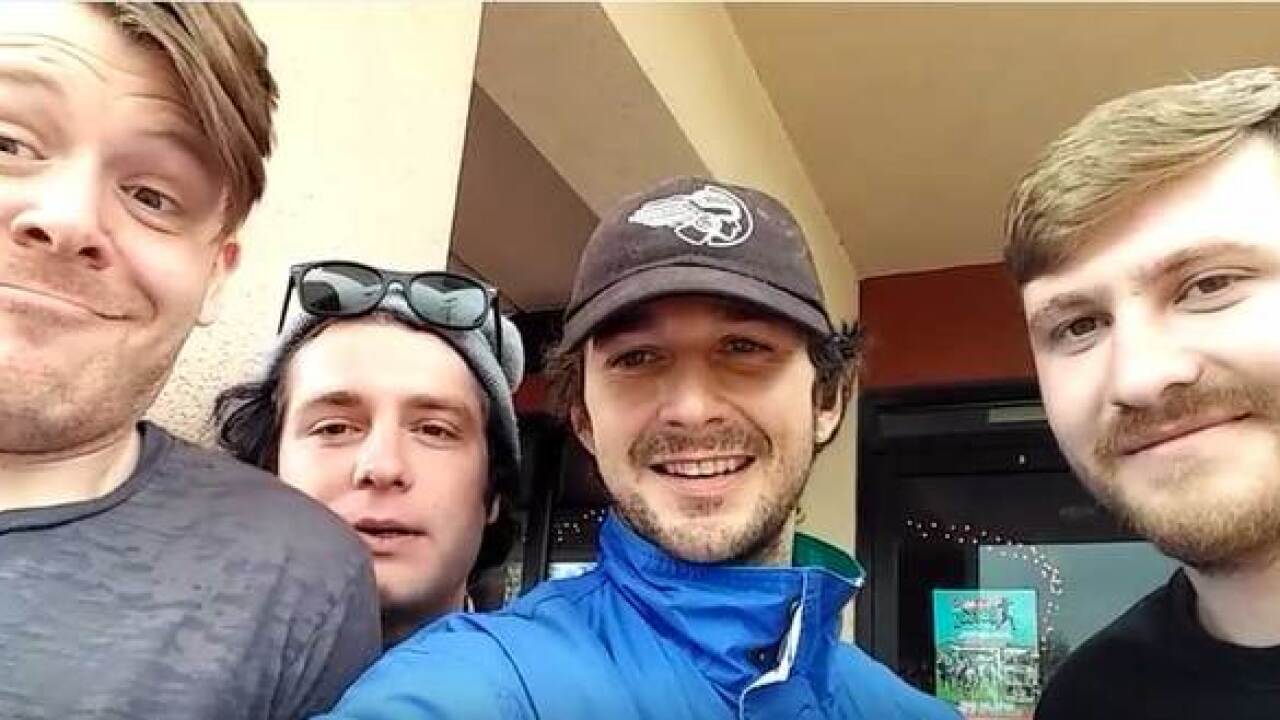 A Reddit user posted video Monday night that showed him with actor Shia LaBeouf, after the actor posted coordinates on Twitter and said, "Take it Anywhere."

You may remember, LaBeouf started posting coordinates on Twitter two weeks ago. The roads spelled out T-A-K-E-M-E-A-N-Y-W-H-E-R-E. The name came from the title of one of the LaBeouf's friends, Nastja Säde Rönkkö, latest projects "Take Me Anywhere."

LaBeouf, Rönkkö and Luke Turner appeared at the Boulder Museum of Contemporary Art over the weekend. The museum and the Finnish Institute in London then commissioned the three to allow people to take them anywhere.

Each day from May 23 to June 23, the artists are posting coordinates on a special website. The website says, "You are invited to pick up the artists whenever their coordinates are posted above and take them anywhere."

The first set of coordinates were posted at noon Monday on LaBeouf's Twitter page. It was a location near Chapel on the Rock, on Highway 7, between Allenspark and Estes Park.

A Reddit user calling himself The Evil Dead posted a video with the title, "Today I tracked down Shia LaBeouf's GPS coordinates via twitter and he bought me lunch."

Note, the video is not safe for work and includes foul language.