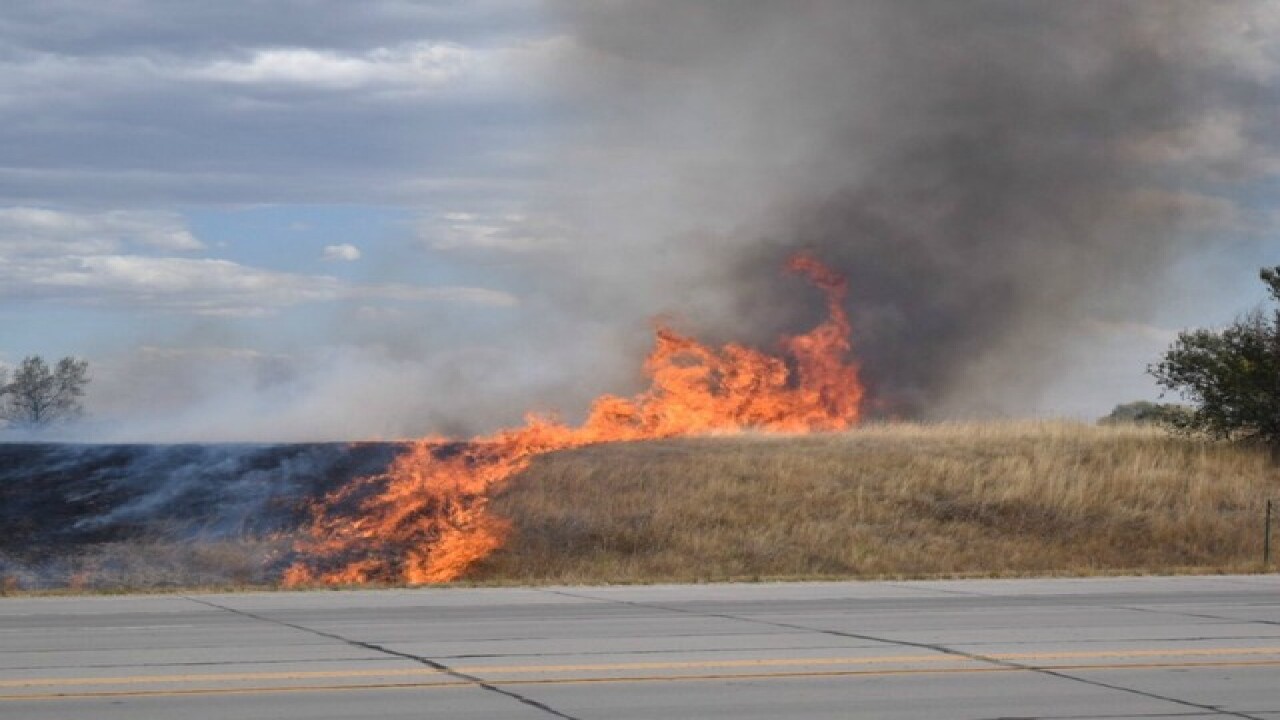 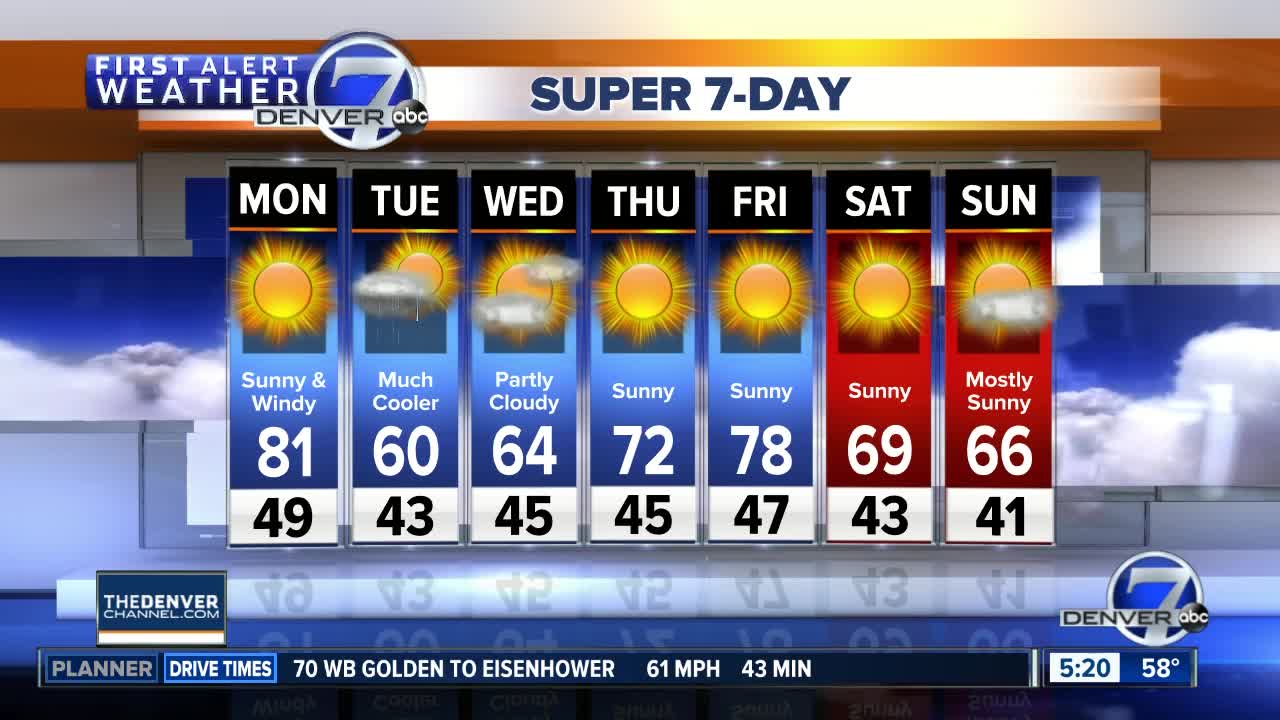 DENVER – There are red flag warnings in effect for much of Colorado Monday for high fire danger ahead of an expected cooldown Tuesday on the plains.

The red flag warnings are in effect for most of the central and southern mountains and the foothills and plains south and east of Denver.

Southwest winds in those areas are expected to increase around noon and gust up to 40 miles per hour through the afternoon as relative humidity falls below 15%, according to the National Weather Service. The low humidity and gusty winds will remain in place through the afternoon, increasing fire danger for much of Colorado.

While the lower elevations and plains will see temperatures drop rapidly overnight and see humidity increase, bringing scattered showers and possible fog over the plains Tuesday and Wednesday, fire danger will remain high in the mountains and valleys.

Low temperatures in Denver will dip into the mid-40s this week and high temperatures are expected remain in the 60s and 70s after weeks of above-average temperatures.

Three months ago, Colorado was drought-free for the first time since the Drought Monitor started keeping records.

As of Monday, there were three wildfires actively burning in Colorado: The Decker Fire south of Salida was at 1,591 acres in size with 5% containment; the Granite Lake Fire burning in the Hunter Fryingpan Wilderness was 113 acres; and the Middle Mamm Fire south of Rifle was 290 acres in size.