Recreation on US land generates billions for western states 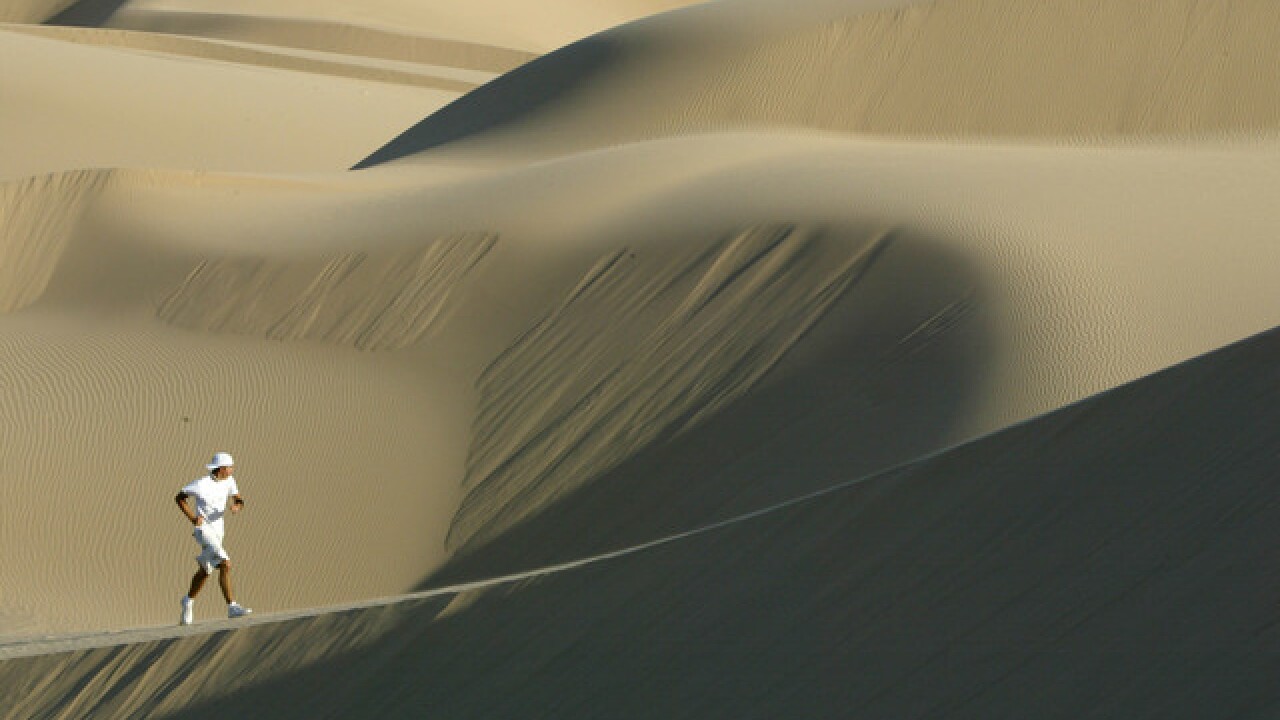 2003 Getty Images
David McNew
<p>GLAMIS, CA - JULY 20: A man runs along the edge of a sand dune in the Algodones Dunes, also known as the Imperial Dunes or American Sahara, on July 20 near Glamis, California in the Colorado Desert between Brawley, California and Yuma, Arizona. The Center for Biological Diversity is leading a coalition of 12 environmental groups in a legal challenge to the Bush Administration's plans to open 49,300 acres of endangered species habitat on the Algodones Dunes to intensive off-road vehicle use. (Photo by David McNew/Getty Images)</p>

The  Post Register  newspaper in Idaho Falls, Idaho reports the study found that wildlife-related recreation on the land in 12 western states generates more than $3 billion in economic activity. That figure includes about 26,500 jobs, $1 billion in salaries and wages and $421 million in federal, state and local tax revenue.

"Our research found that recreation associated with fish and wildlife on BLM lands is a significant jobs generator, providing income for rural communities for decade after decade with minimal investment compared to other industries," said Rob Southwick of Southwick Associates. "Smart business and planning call for managing BLM's fish and wildlife-related resources as important economic assets."