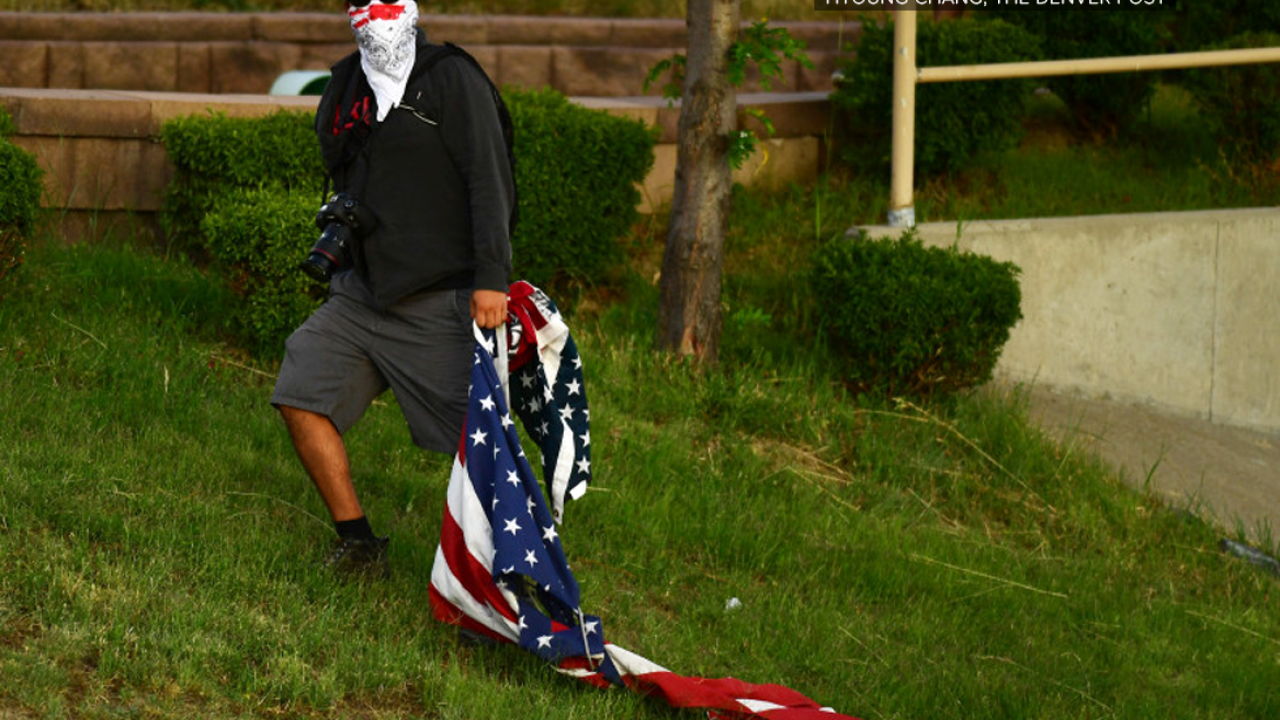 Hyoung Chang, The Denver Post
A protester grabs the American flag removed from a flag pole at the ICE detention facility. 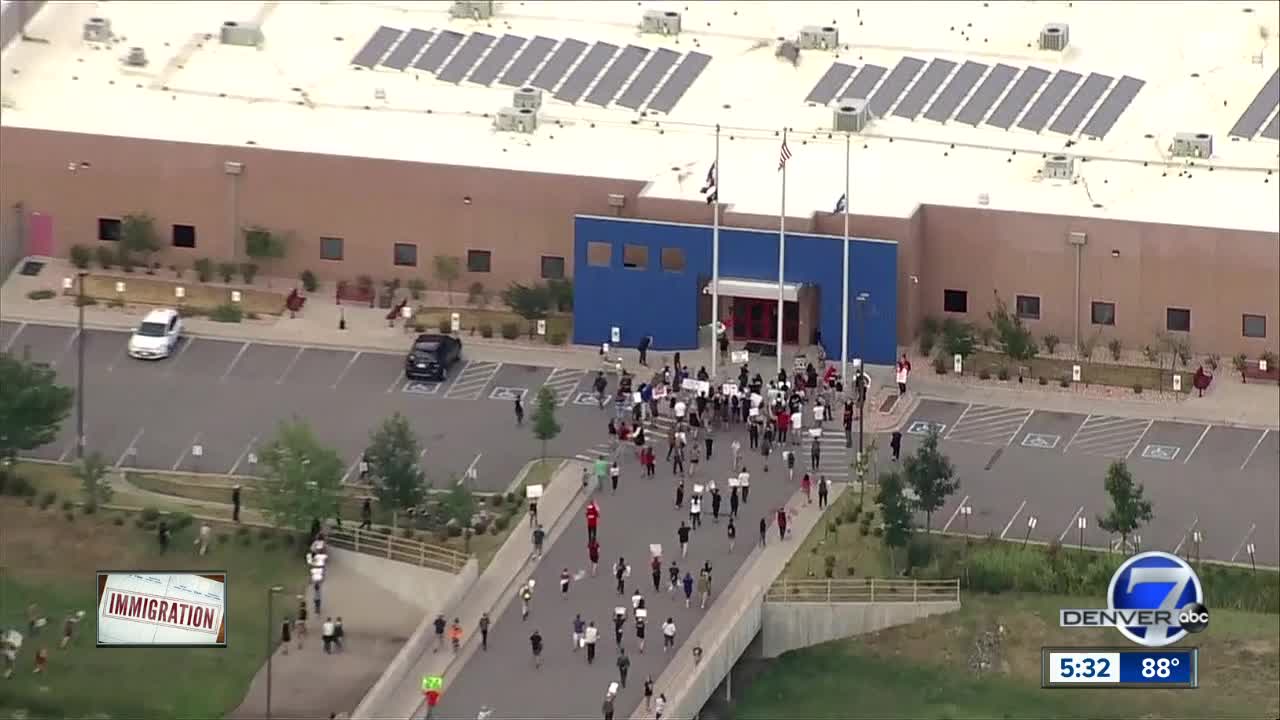 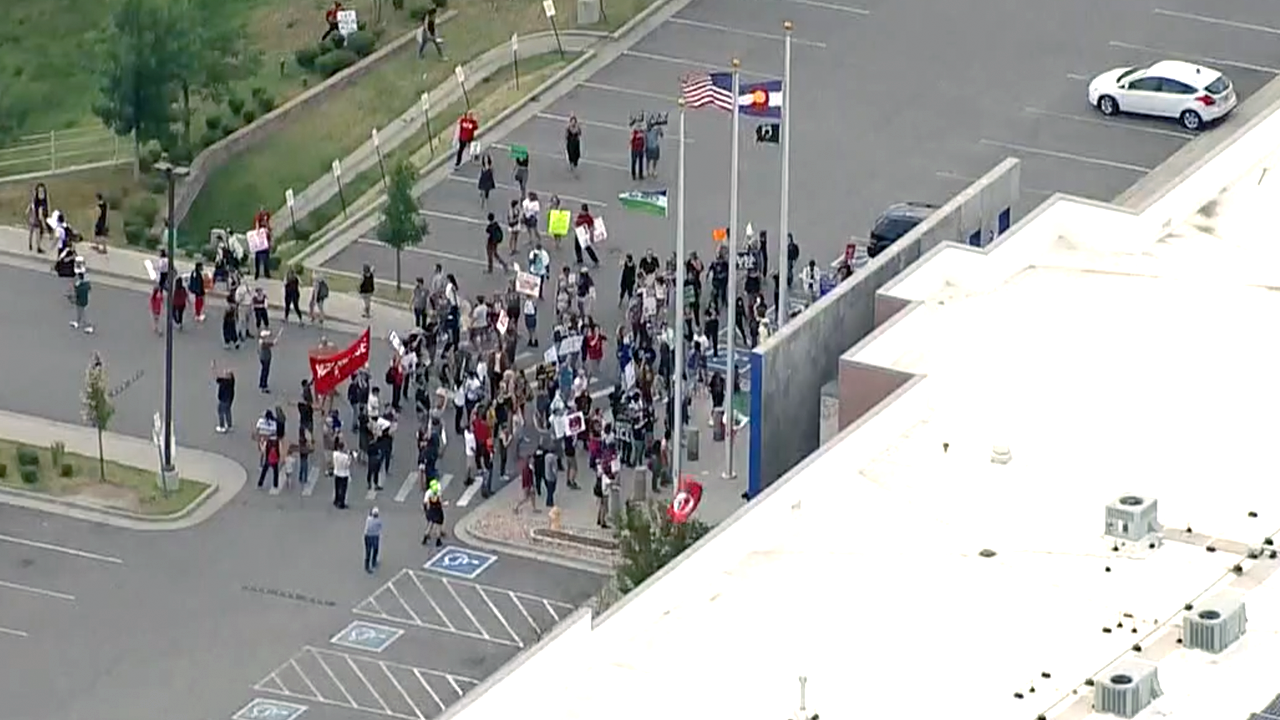 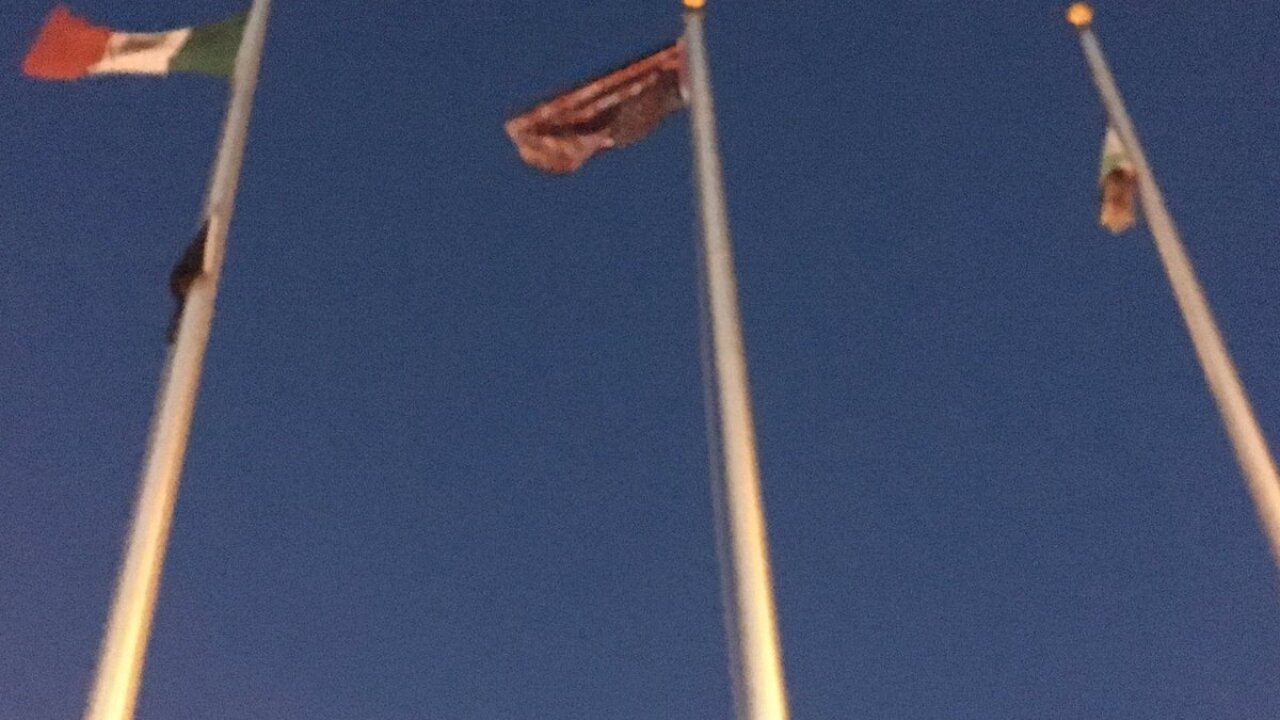 AURORA, Colo. — It's not what organizers of the Lights for Liberty Vigil wanted to see.

During a protest in front of the Aurora ICE detention facility Friday, a small group from around 2,000 protesters pulled down the American flag and raised the Mexican flag and an upside-down American flag with an anti-police slogan spray-painted on it.

Friday's rally at the privately run facility, which contracts with U.S. Immigration and Customs Enforcement, was in response to potential ICE raids this weekend in Denver and the treatment of immigrants at detention camps across the country.

Brauchler is among those who saw what happened on social media Saturday morning and wants to see the people who did it held responsible.

Aurora police say the decision to not intervene at the time was based on protecting the safety at large and not escalating the situation.

But the acts of a few took away the message the main group wanted.

"We definitely want to see that person or persons to be brought to justice for their despicable and disgusting actions," Solana-Cordova added.