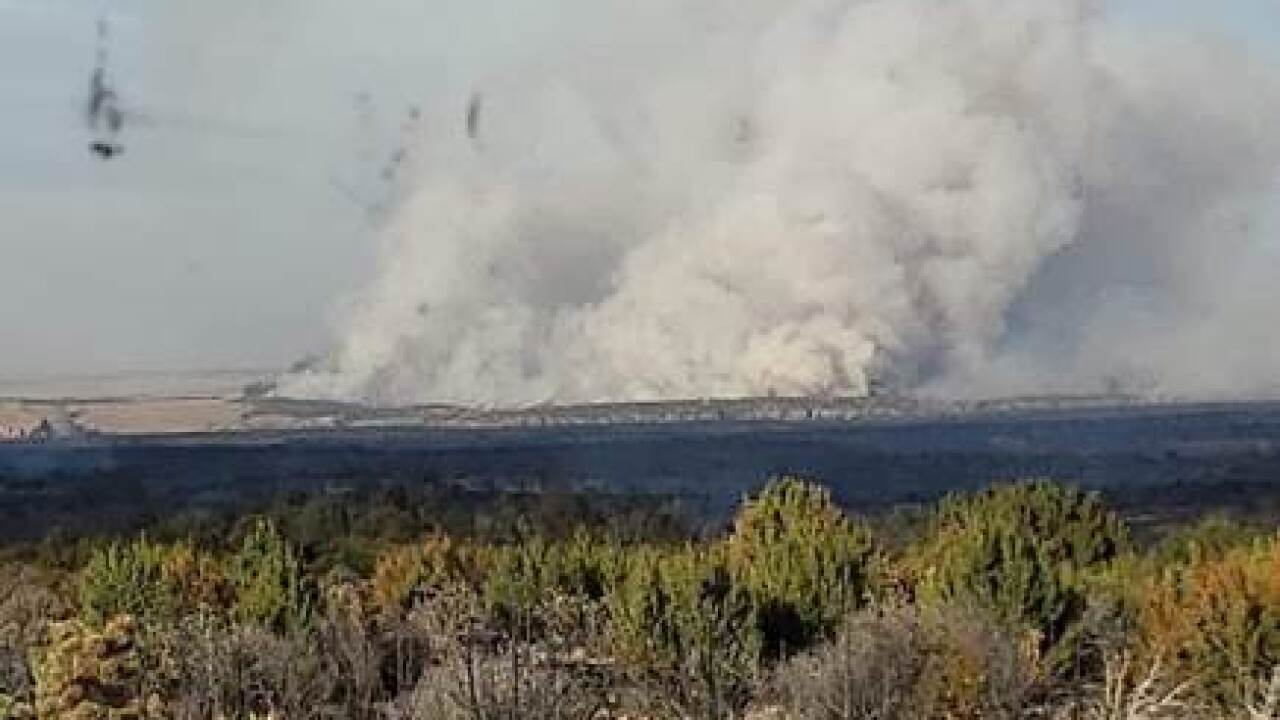 KIM, Colo. (AP) — Cooler temperatures and precipitation have helped stop the spread of a lightning-sparked wildfire on Colorado’s southeastern plains.

The fire, called the Cherry Canyon Fire, sparked May 20 about 10 miles northwest of Kim.

The Colorado Division of Fire Prevention and Control says rain and hail fell on the Cherry Canyon Fire between Sunday and Monday and cooler temperatures and increased humidity limited fire activity on Monday.

Crews have increased the containment of the approximately 30-square-mile fire — 11,818 acres in total — to 70%.

Few structures were threatened by the fire but firefighters have been actively fighting it to protect grazing land, water and livestock. Another nearby fire has burned 120 acres was fully contained Monday.