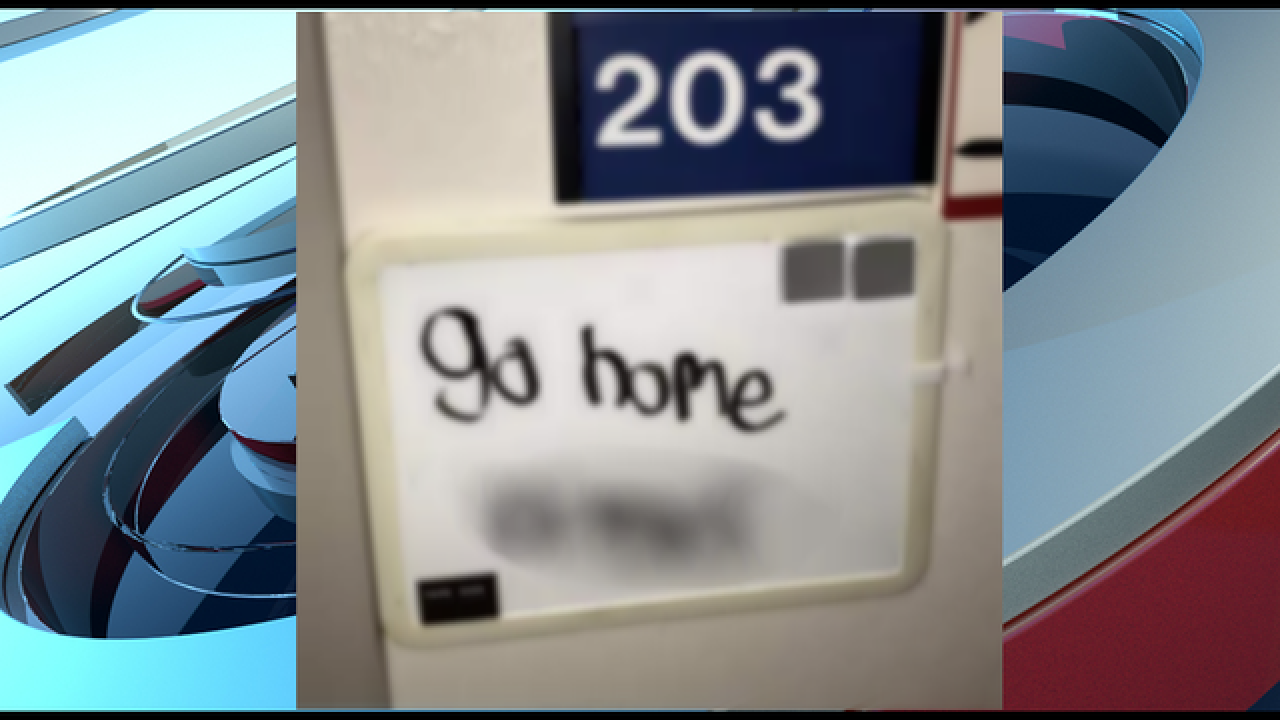 KRDO news
<p>This photo, courtesy of KRDO news in Colorado Springs, depicts what was scrawled on the whiteboard.</p>

COLORADO SPRINGS, Colo. — A photo depicting racial slurs scrawled on a whiteboard in the Air Force Academy Preparatory School led school officials to act when it circulated the school community earlier this week.

Authorities in Colorado Springs say they can't release many details due to an ongoing investigation, but confirmed they were looking into the messages scrawled on whiteboard outside the dorm rooms of five African American cadet candidates.

Lt. Gen. Jay Silveria, superintendent of the U.S. Air Force Academy, spoke out against the messages despite the ongoing investigation.

"There is absolutely no place in our Air Force for racism. It's not who we are, nor will we tolerate it in any shape or fashion," Silveria said. "I've said it before, the area of dignity and respect is my red line. Let me be clear; it won't be crossed without significant repercussions."

Silveria said he would be addressing the cadet wing on Thursday afternoon to denounce the messages to the student body.

"Diversity is a strength of our Academy and our Air Force. We are stronger when we take into account the views of those with different backgrounds and life experiences," Silveria said.