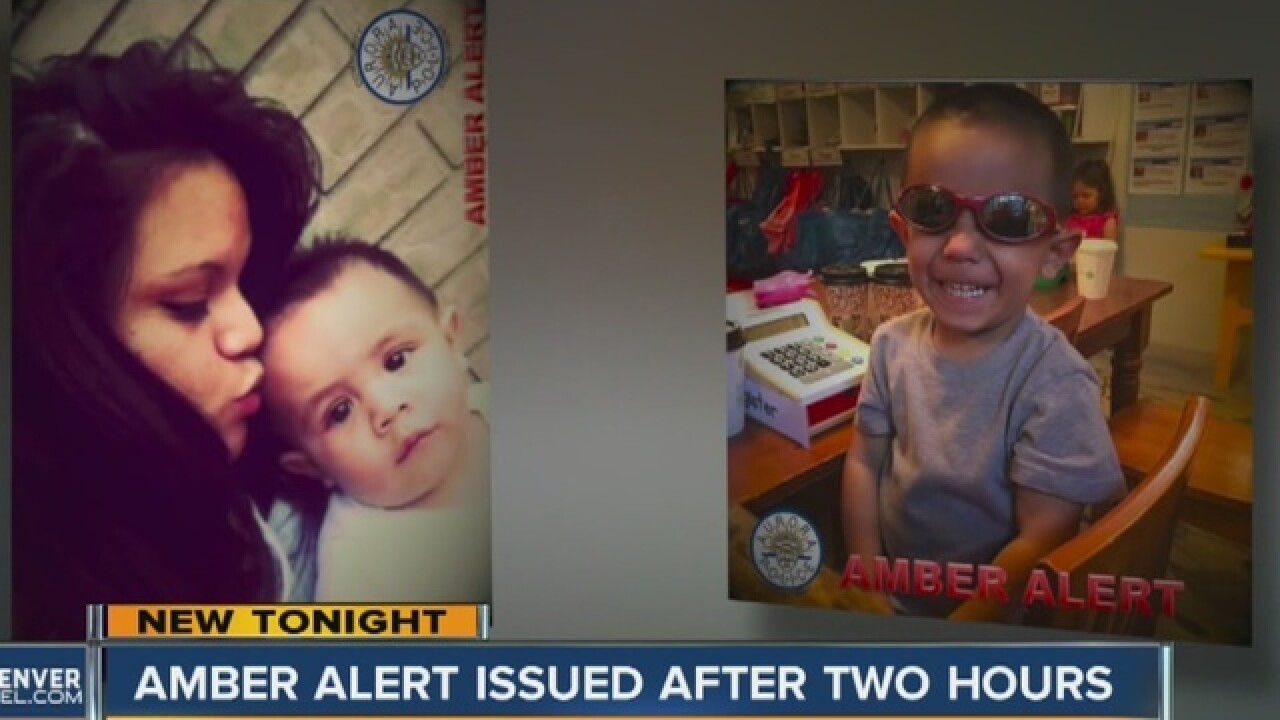 DENVER – Many people wondered about the process for issuing an Amber Alert after Wednesday’s incident, in which a man kidnapped his ex-girlfriend and her young son.

The alleged kidnapping happened at 8:35 a.m. in Denver. Aurora police put the kidnapping alert out at 11:27 a.m. in a social media post and called the incident an Amber Alert, but the official Amber Alert wasn’t issued until just before 1:30 p.m. Wednesday.

The missing woman and her son were eventually found safe and the suspect, 21-year-old Sergio Martinez, was arrested in Boulder.

Denver7 spoke with the Colorado Bureau of Investigations Wednesday about the process for issuing an Amber Alert, which isn’t as simple as confirming a child is missing.

"There were a number of different incidents taking place, multiple agencies -- there was a lot of moving parts associated with this case," said Susan Medina, a spokesperson for CBI.

Denver7 asked Medina why it took several hours for CBI to send out the alert.

"I know time is of the essence, but at the same time when you use an Amber Alert system that blasts statewide it is critical that, that information is fully vetted," she said.

Medina explained that in order for an Amber Alert to be sent out, a law enforcement agency must contact CBI.

The case also must meet three specific requirements: the child has to be under 18, be in immediate danger of serious injury, and have enough descriptive information -- like a car or license plate number -- to send out.

"We have to ensure that the information is correct," said Medina.

In this case, she said it's still unclear if any mistakes were made or if the alert could have been pushed out sooner.

"It's a little too early to say specifically in this one, but we're going to bring everybody to the table and we're going to discuss this in the future," said Medina.