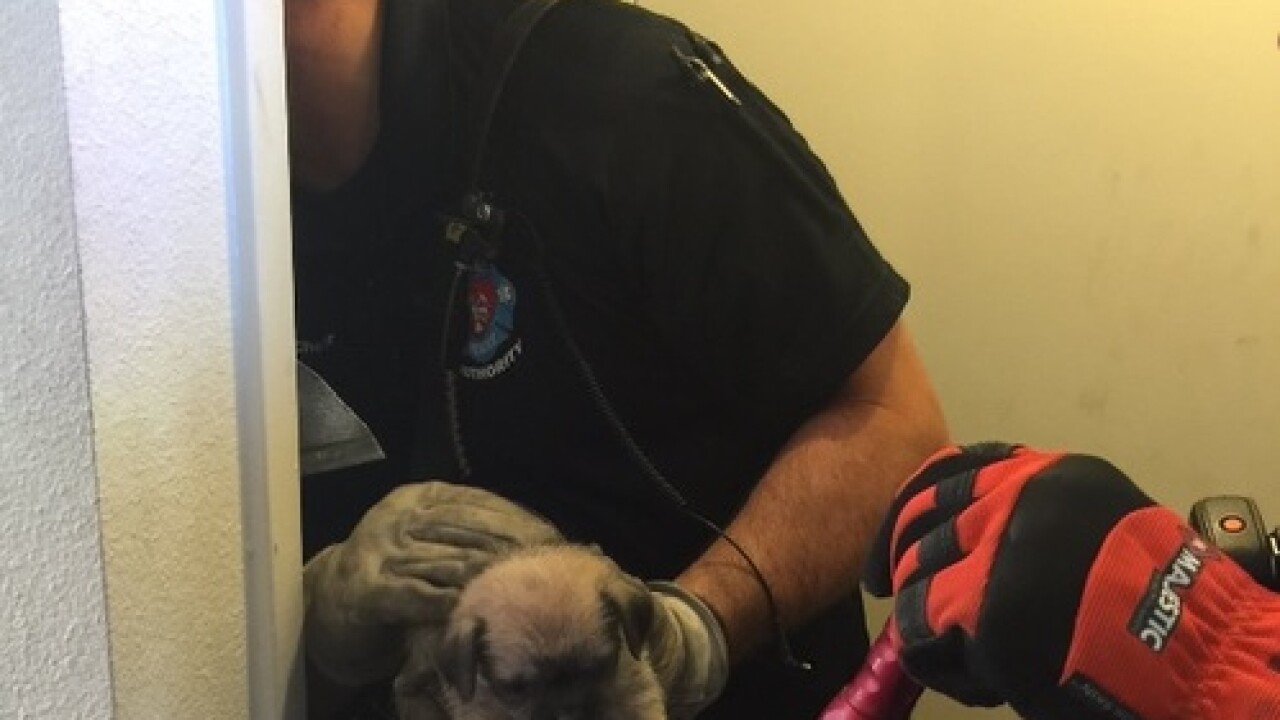 LOVELAND, Colo. -- It was a rough afternoon for one small puppy in Loveland.

The baby pooch got stuck in an HVAC vent inside an apartment Tuesday afternoon, according to the Loveland Fire Rescue Authority.

LFRA crews were able to remove the puppy safely and posted this photo to Twitter after its rescue.

1 of 3 puppies rescued so far. Crews are still working on getting to the other 2. pic.twitter.com/21ebrGCeQy

Officials said someone reported three puppies had fallen into the vent, but crews were able to locate the other two underneath a clothes dresser.