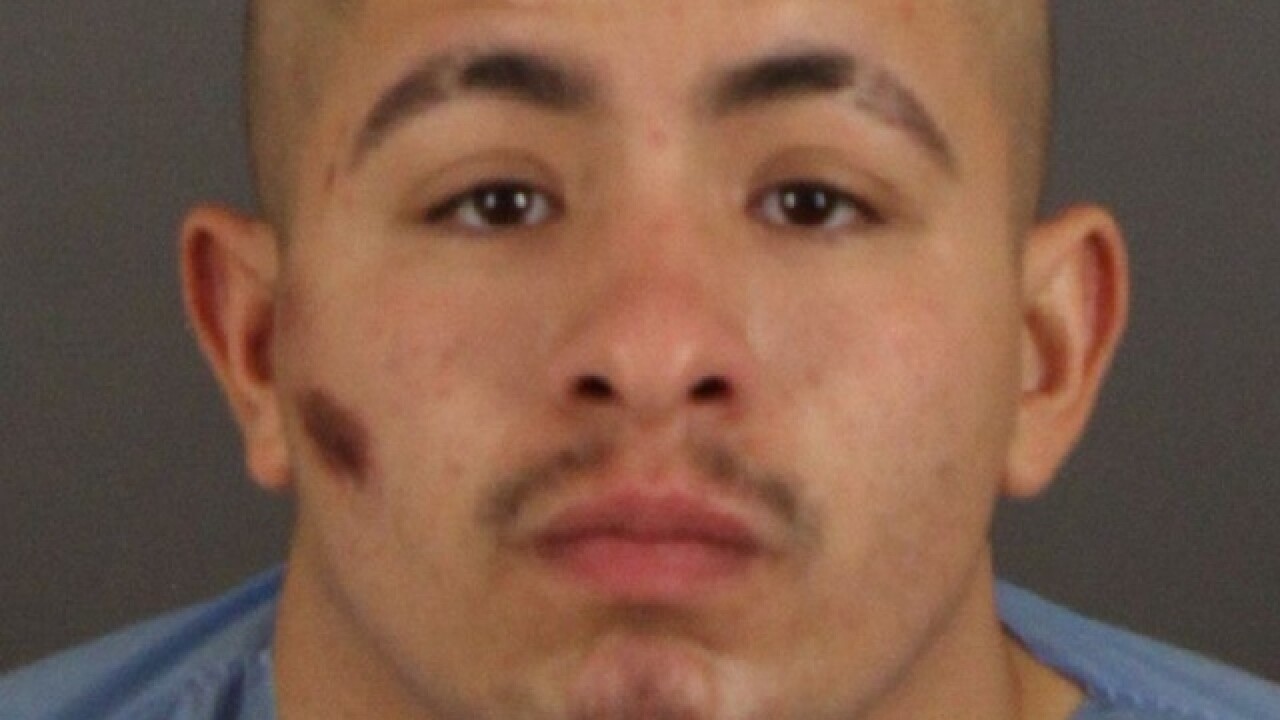 The man accused of stealing a "puffer" truck and causing a serious crash during a high-speed chase has been charged with six felonies.

Prosecutors say Quiriarte-Jara stole a business truck that had been left running and unattended in the 900 block of Douglas Drive in Adams County on March 29.

Police tracked the truck using GPS and officers said they followed the suspect until the chase became dangerous.

The truck collided with two vehicles at 84th Avenue and Washington Street in Thornton. One driver needed to be airlifted from the intersection.

The driver jumped out of the truck and ran after the crash.

Ruben Bueno, who was driving with his son, decided to chase down the suspect.

"As soon as he took off running I took off right after him because I wasn't going to let him get away with this," Bueno told Denver7.

He cornered the suspect in a yard until police arrived.

"If he would have tried to get away I would have tackled him. But he just gave up at that point and then that's when I flagged down the police officers," said Bueno.

Quiriarte-Jara was arrested at Clarkson Street and East 84th Avenue.

The preliminary hearing for Quiriarte-Jara is set for April 25. He is being held on $50,000 bond.