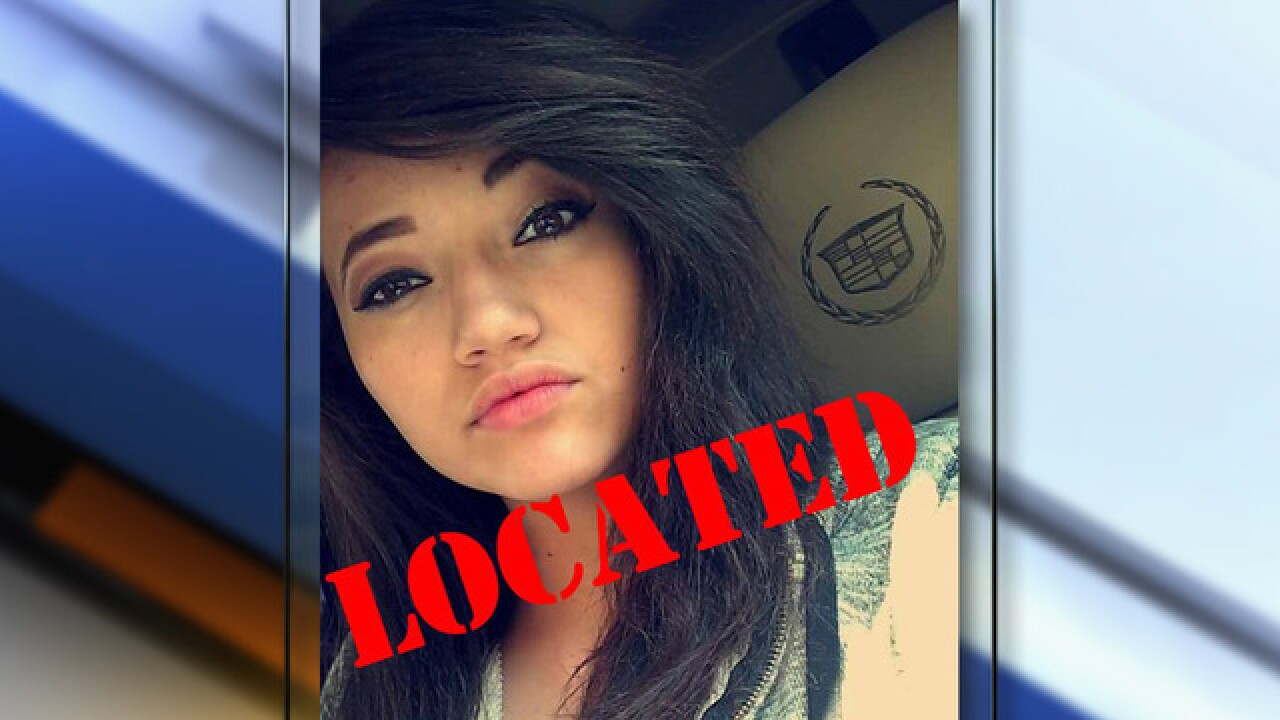 A Pueblo teen who disappeared for over a week has been found safe, Pueblo police say.

Gema Arias, 15, "returned home and is safe," a Pueblo Police Department official tweeted early Sunday evening. The teen was reported as a runaway on May 13 when she didn't come home from school.

But six days later, on May 19, investigators said Arias' relatives began receiving messages via social media, apparently from Gema, saying that she had been kidnapped and was being held hostage.

Those claims are still under investigation, according to police.