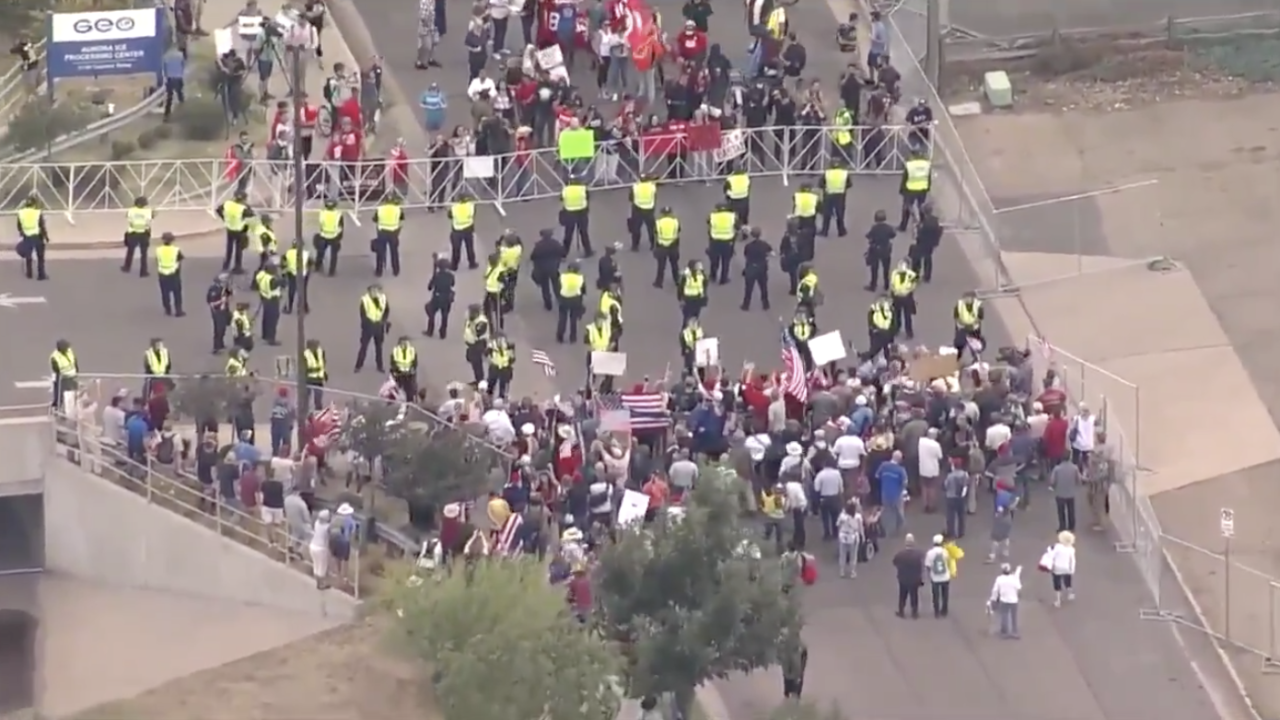 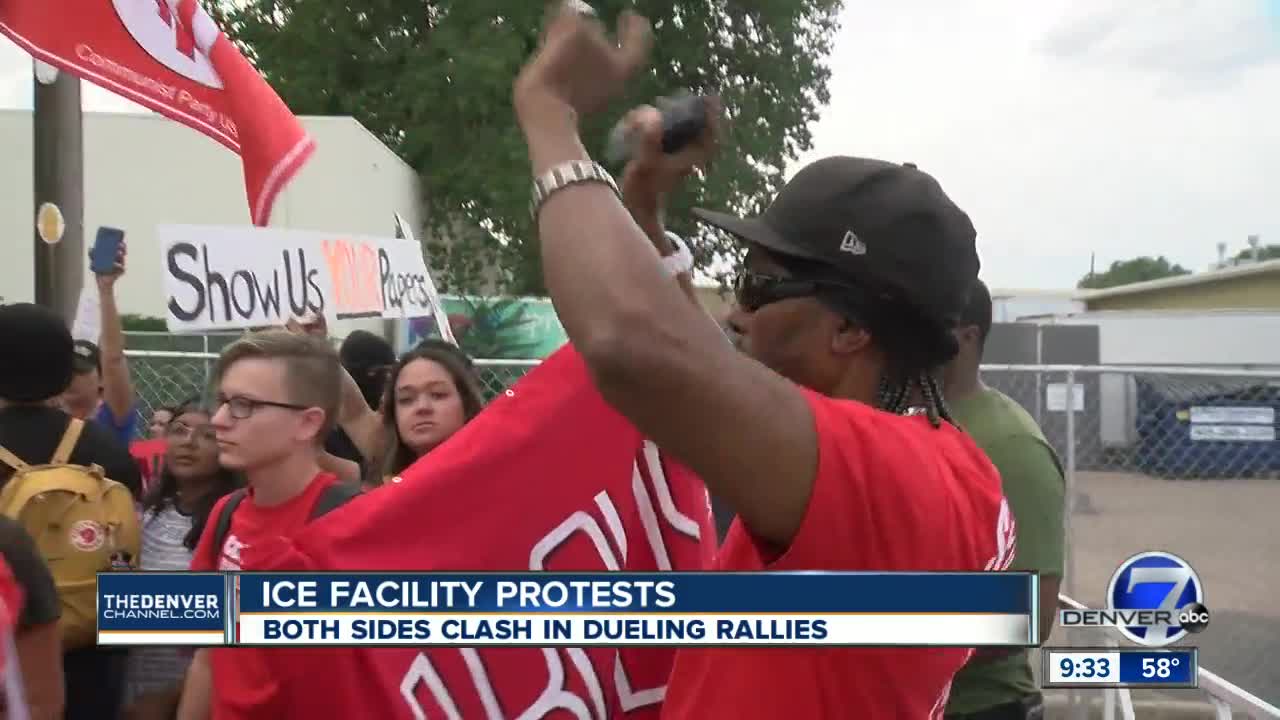 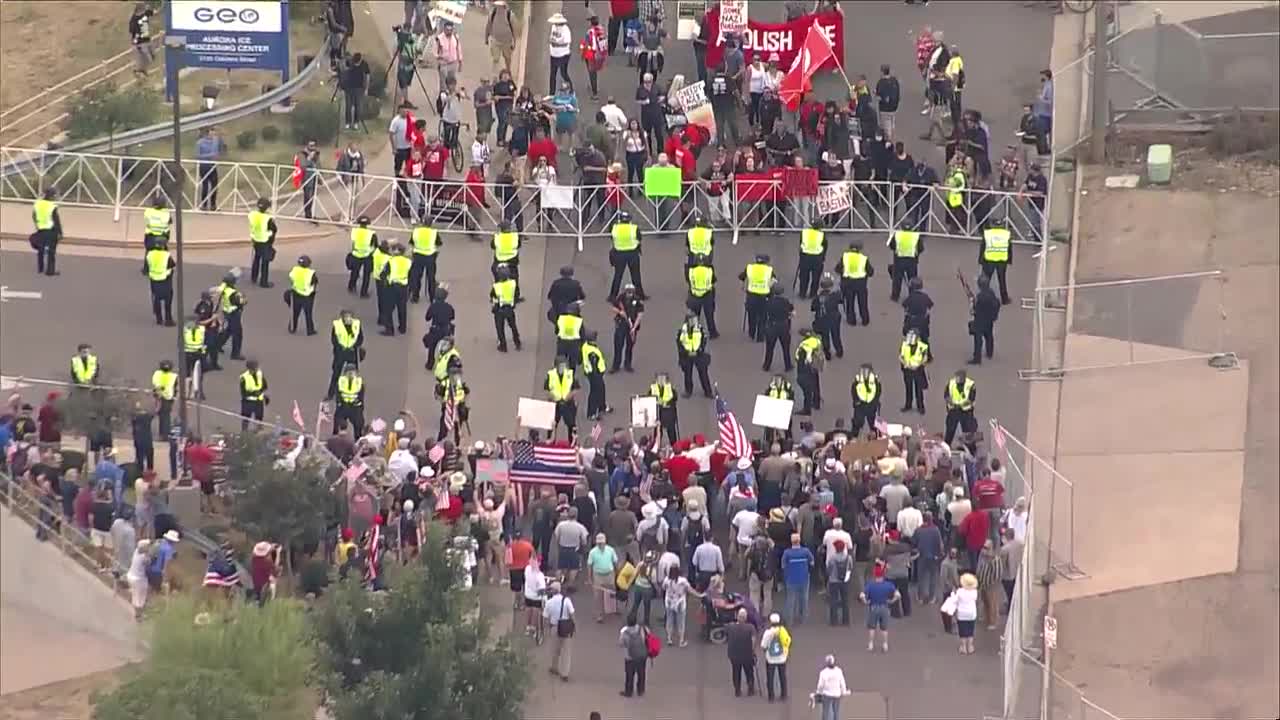 DENVER – Protesters marched from City Park in Denver to the ICE facility in Aurora, where police were separating the protesters from ICE supporters, who were also rallying outside of the facility.

The crowds began to filter away shortly before 3 p.m.

ICE protesters and ICE supporters are separated by police, as both sides rally outside of the ICE facility in Aurora.

The ICE facility in Aurora, which is managed by The GEO Group, has come under intense criticism in recent months and has faced allegations of mistreatment of inmates who are in ICE custody.

Earlier this week, protesters rallied in the neighborhood of the ICE facility's administrator.

Watch aerial coverage of the march: