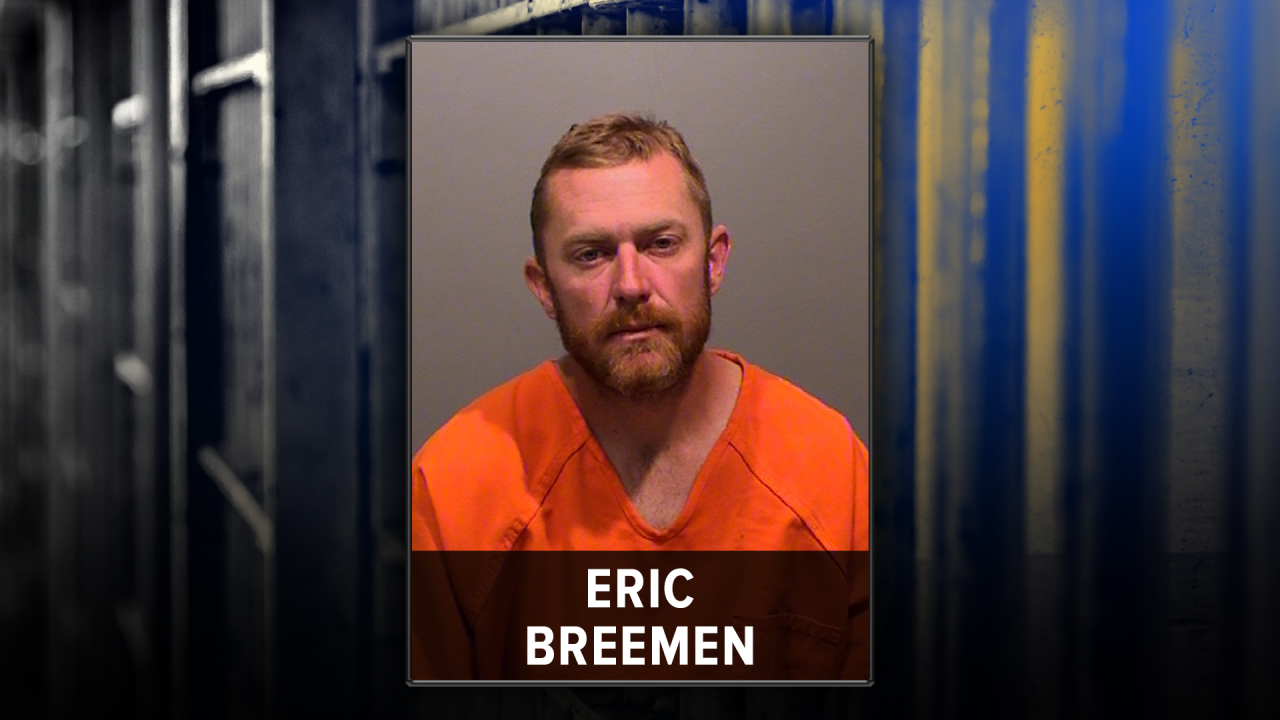 Copyright 2020 Scripps Media, Inc. All rights reserved. This material may not be published, broadcast, rewritten, or redistributed.
Jefferson County Sheriff's Office
Eric Breemen, 36, faces 17 counts, including a felony bias-motivated crime charge and attempted murder, in connection with the alleged attack on Lakhwant Singh on April 29.

GOLDEN, Colo. – Prosecutors have added a hate crime charge to 16 other counts a man faces after he allegedly ran over a Sikh store owner in Lakewood In late April.

Eric Breemen, 36, faces 17 counts, including a felony bias-motivated crime charge and attempted murder, in connection with the alleged attack on Lakhwant Singh on April 29.

The First Judicial District Attorney’s Office said that its investigators, along with FBI investigators, recently interviewed Singh after he was released from the hospital 65 days after the incident occurred.

Singh was found lying in the parking lot of Two Angels Liquor on April 29 with numerous injuries. Witnesses said that a man, later identified as Breemen, had been knocking items off the counter inside the store and used racist language toward Singh. After Breemen left the store, Singh followed, witnesses said.

He then drove his car toward Singh, hit him and ran over him before fleeing the scene. Prosecutors said that he was out on bond for another felony when the incident happened.

“I am so very grateful to everyone--Sikhs and non-Sikhs alike, from Lakewood, elsewhere in Colorado, across the country, and beyond--who have stood with me and my family in this incredibly difficult time,” Singh said in a statement provided to Denver7. “I appreciate the Jefferson County authorities hearing my story and, through these charges, recognizing the role that hate played in my horrible attack.”

The case and its prosecution have faced intense scrutiny from the Sikh community since the incident happened, with some saying that Breemen called Singh an “Arab.” Weir said that he could only make decision based on the facts that investigators have collected about the case.

“We would have preferred to have had an opportunity to speak with Mr. Singh personally closer to the time of his assault as we made decisions in this case,” District Attorney Pete Weir said in a statement. “…Because of our on-going investigation, additional facts have been presented to law enforcement which have led to the filing of the Bias-Motivated crime charge today.”

The bias-motivated crime charge was added to Breemen’s counts on Tuesday. He is being held on a $50,000 bond at the Jefferson County jail and is next due in court July 24 for a preliminary hearing.

“The decision to add a bias-motivated charge against Breemen is a resounding victory not just for Mr. Singh, but for minority communities who are threatened by bias and bigotry every day,” said Amrith Kaur, Sikh Coalition Legal Director. “Adding these charges sends a clear message: Hatred is not welcome in Jefferson County, and those who are targeted for being different know that this community will acknowledge it and stand with them in solidarity.”