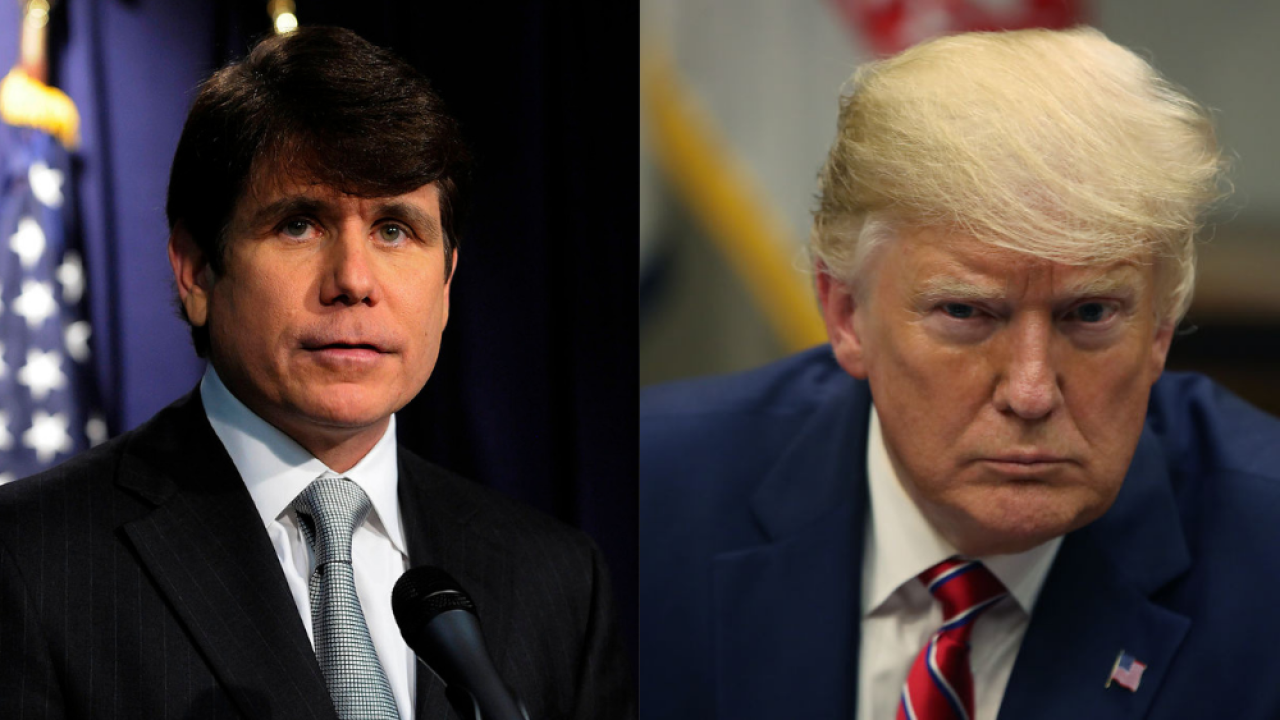 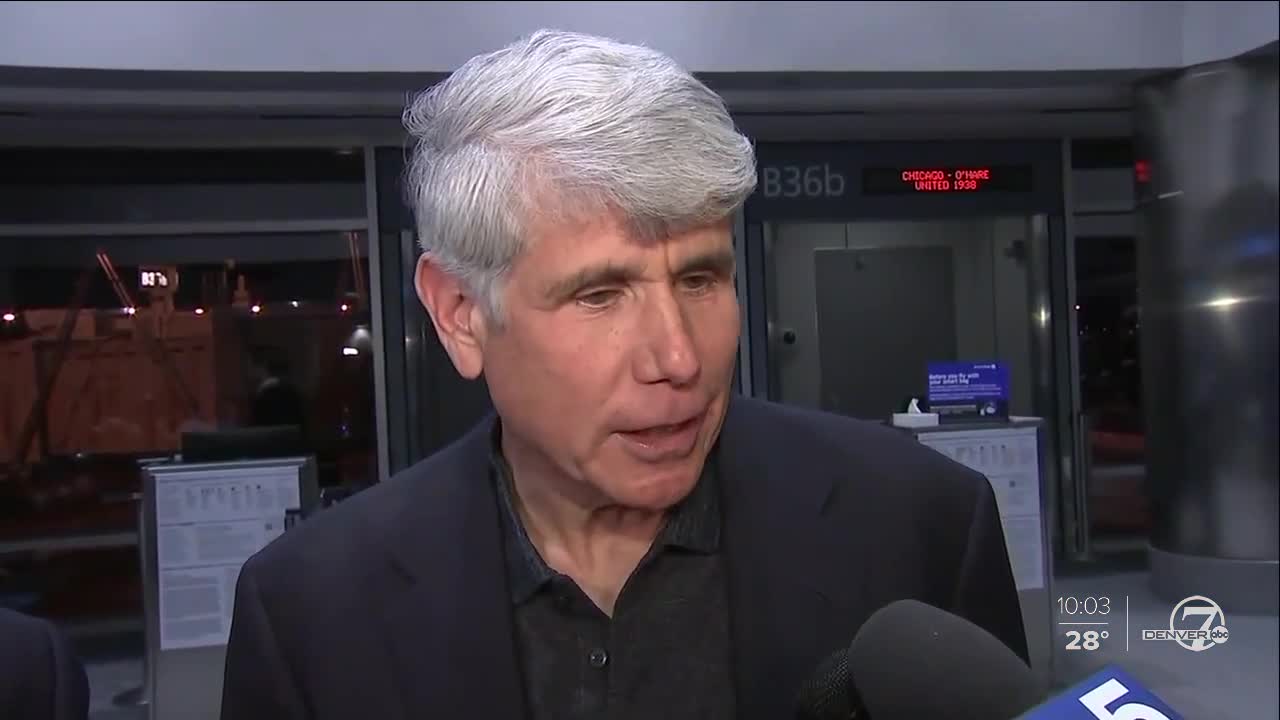 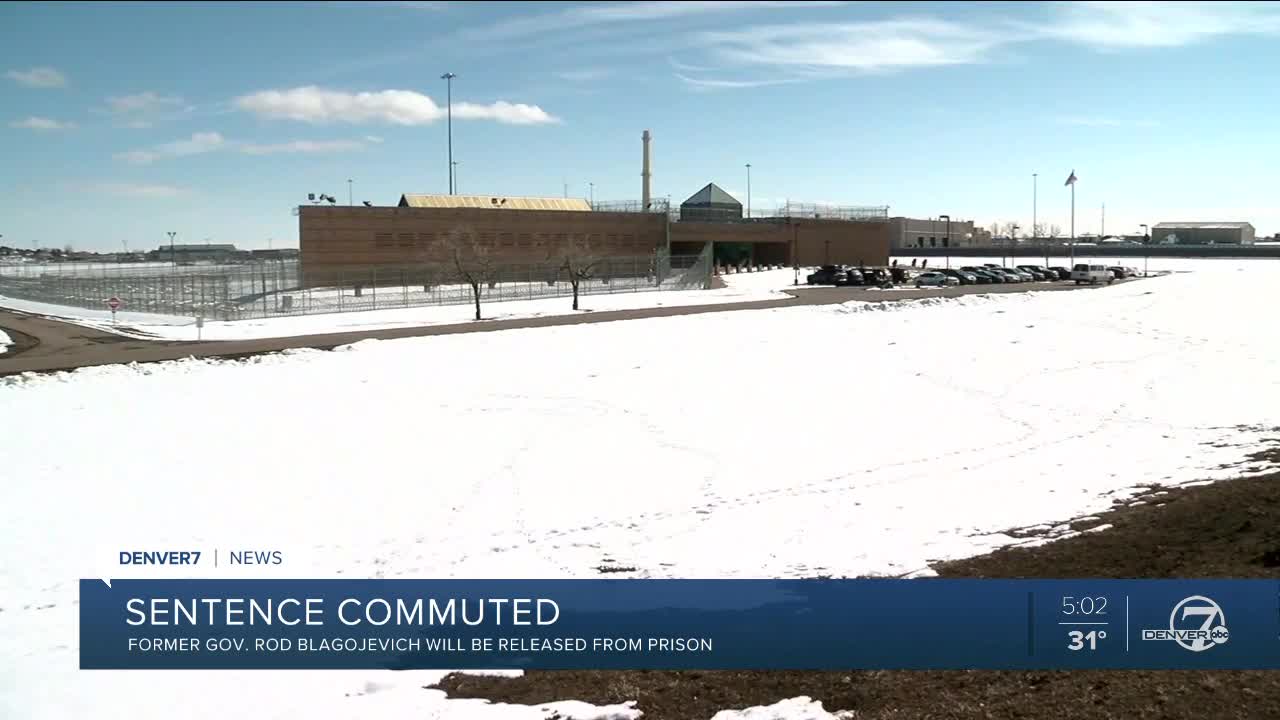 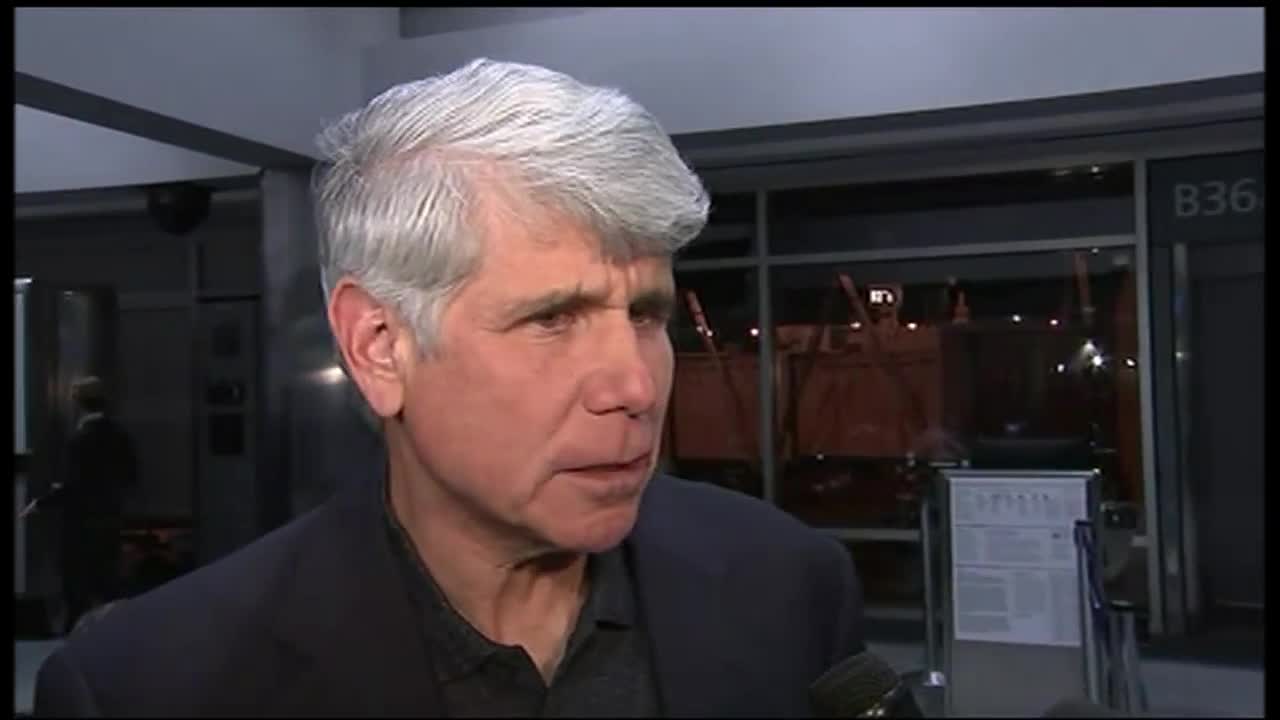 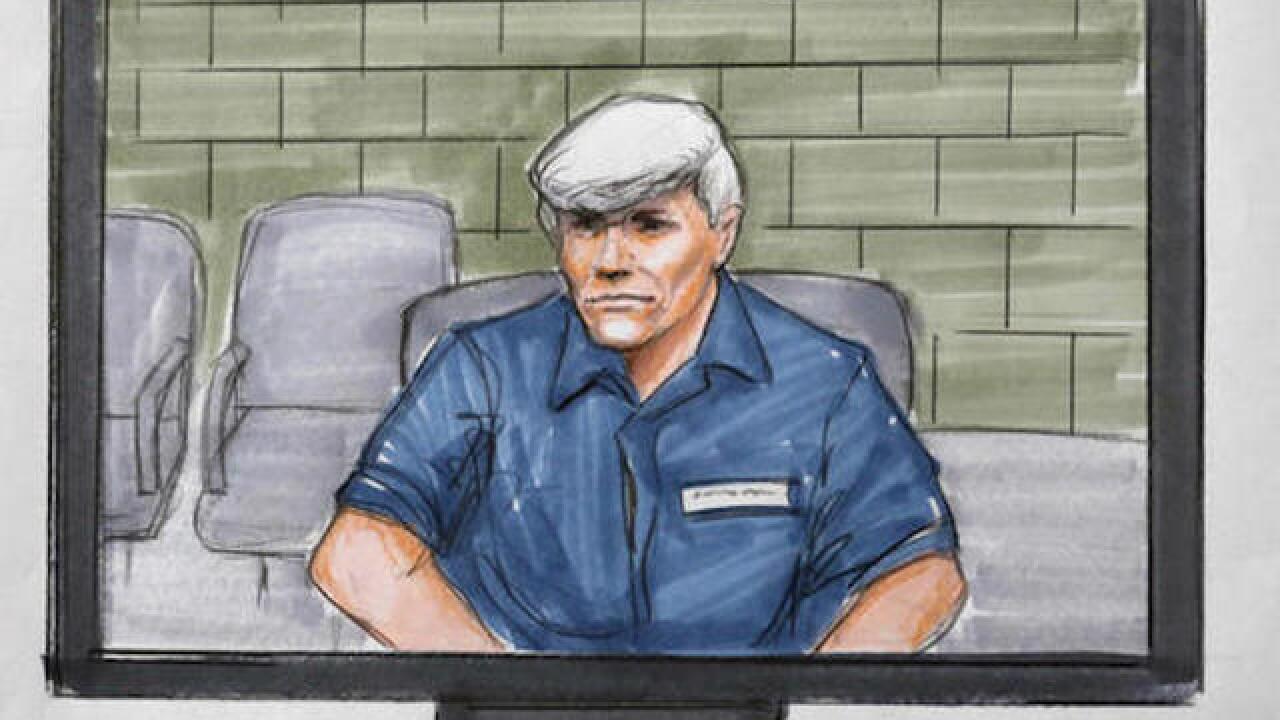 DENVER – President Donald Trump on Tuesday said he had commuted the sentence of former Illinois Gov. Rod Blagojevich, who had been serving a 14-year sentence for political corruption at the Federal Correctional Institution Englewood in Jefferson County.

The president made the announcement before he boarded Air Force One en route to Los Angeles.

"We have commuted the sentence of Rod Blagojevich. He served eight years in jail. That’s a long time. I watched his wife on television. I don’t know him very well, I met him a couple of times. He was on a show that I had ‘The Apprentice,’ years ago. Seems like a very nice person. He served eight years in jail. There was a long time to go. Many people disagree with his sentence," the president told reporters.

"He’s a Democrat. He’s not a Republican. It was a prosecution by the same people – Comey, Fitzpatrick [sic] – the same group. Very far from his children. They’re growing older. They’re going to high school now. They rarely get to see their father outside of an orange uniform," Trump added. "I saw that and I did commute his sentence. So he’ll be able to go back home with his family after serving eight years in jail."

Bureau of Prisons spokesperson Justin Long said just before 6:30 p.m. MT that Blagojevich had been released from the facility in Colorado.

Speaking to reporters at Denver International Airport following his release, Blagojevich said he did not know the president had commuted his sentence.

“My first thought was, ‘I wonder if I have time to get a run in.’ Believe it or not, because you get programmed and you have routines and I found it helps to do this time when you discipline yourself every day and you have something to work for, it helps you do it," said Blagojevich.

Watch the rest of the interview below.

Former Illinois Gov. Blagojevich speaks at DIA after he was released from federal prison in Colorado

Blagojevich's wife tweeted that he would be having a "homecoming press conference" Wednesday at 10 a.m. MT at the family's home.

The commutation of the sentence of the 63-year-old former governor and “Celebrity Apprentice” contestant comes nearly eight years after he first reported to the prison on March 15, 2012. He had been required to serve at least 12 years of his sentence under federal rules before the commutation – which would have been March 13, 2024 if Blagojevich continued to have good behavior in prison, according to Federal Bureau of Prisons records.

The move has been months in the making and has been discussed publicly and in earnest since at least last August, when Trump first floated the idea and said Blagojevich “should not at all give up hope” that he might get an early release. But Trump had said in May 2018 that Blagojevich was convicted of “saying things … many other politicians say,” after which Illinois’ Republican congressman wrote to Trump opposing Blagojevich’s early release.

Blagojevich was convicted to trying to sell the U.S. Senate seat vacated by Barack Obama when he became president and for extorting a children’s hospital in Chicago and a race track – all for campaign money. He was also convicted of lying to the FBI. A judge since upheld his original sentence, and subsequent appeals to the 7th U.S. Circuit Court of Appeals and U.S. Supreme Court have failed.

Illinois' Republican congressional delegation — Reps. Darin LaHood, John Shimkus, Adam Kinzinger, Rodney Davis and Mike Bost — was incensed by the president's decision. They had opposed the move when it was under discussion last year as well.

"We are disappointed by the President's commutation of Rod Blagojevich's federal sentence. We believe he received an appropriate and fair sentence, which was the low-end of the federal sentencing guidelines for the gravity of his public corruption convictions," the Illinois Republicans said in a statement. "Blagojevich is the face of public corruption in Illinois, and not once has he shown any remorse for his clear and documented record of egregious crimes that undermined the trust placed in him by voters. As our state continues to grapple with political corruption, we shouldn't let those who breached the public trust off the hook. History will not judge Rod Blagojevich well."

Trump has granted clemency to or commuted the sentences of several controversial figures during his time in office, including former Maricopa County Sheriff Joe Arpaio for contempt of court, Scooter Libby and Dinesh D’Souza, among others.

The White House said that Blagojevich's demeanor and actions in prison, which it said included mentoring prisoners, was part of the reason for the commutation, in addition to support in the past for the commutation from Sen. Dick Durbin, D-Ill., and former Attorney General Eric Holder. Trump granted full pardons or commutations to 10 others aside from Blagojevich Thursday.