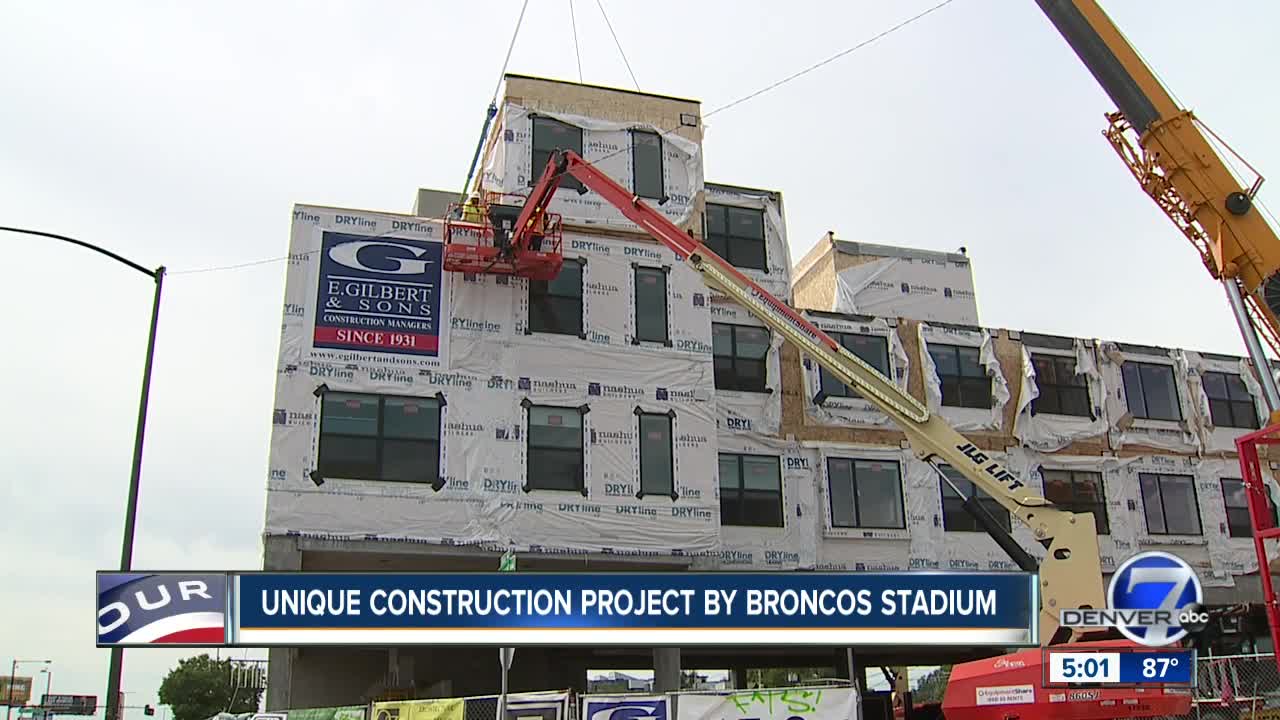 A different kind of apartment is coming to our Colorado. You can see this new type of community at 18th and Federal just across from Mile High Stadium. 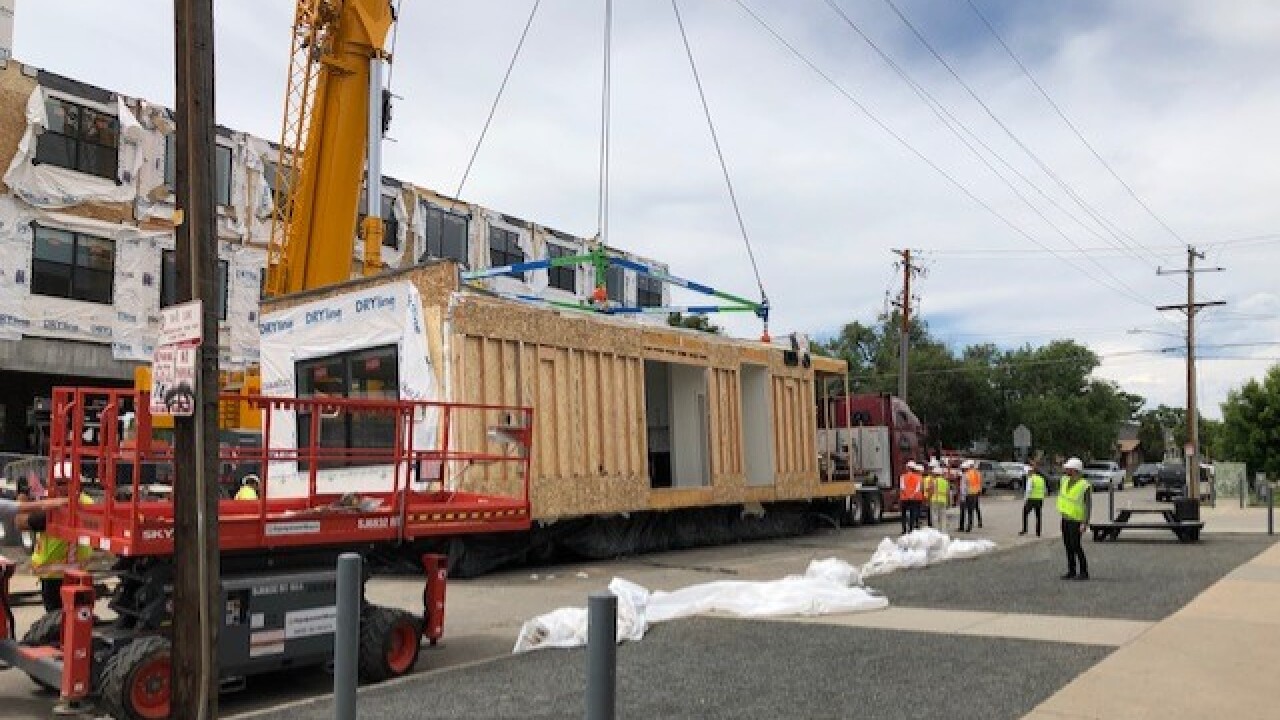 DENVER — Like Lego building blocks, a new apartment complex at 1775 Federal Boulevard is going up one prefabricated modular unit at a time.

Lynn MacConkey of Nashua Builders said there will be four stories of modular units atop a masonry main floor garage.

He said one of the big benefits of modular construction is the speed at which they can be put together.

"We started this project last Monday (June 17) and we're three-quarters of the way through," he said.

MacConkey said the modular units are all factory built.

"Once all the boxes go together, then the on-site guys will come in and make mechanical, electrical and plumbing connections," he said.

MacConkey, who has been in the modular construction business for more than 30 years, said they have constructed similar projects in Vail, Gypsum and Eagle, but this is one of the first multi-story projects in Denver.

The precast concrete podium deck, stair cores and elevator cores are made in Colorado by Stresscon, and the factory built modules are made in Boise, Idaho by Nashua Builders.

"Quality control is the biggest reason," he said. "The modular units are built in a factory, so that the drywall, insulation and those items don't get wet at anytime."

He said the units are shipped with windows, cabinets, kitchen appliances and bathroom fixtures already installed.

"They're a lot stronger than a typical building," MacConkey said.

He added that they use a little more wood than conventional construction because there are no "shared" walls, but he said overall, the project ends up wasting less because the same plans are used for multiple units and they know exactly how much wood they need.

Chiodini said the lack of shared walls is one of the other big benefits of the project as it relates to noise.

"One of the biggest complaints in multi-family housing today is the transference of sound to and through units," he said, pointing to a two-inch gap between two modular units. "This two-inch airspace creates separation between, not only box to box (or) unit to unit, but we also have that same two-inch airspace from floor to floor."

When asked about cost comparisons, Chiodini said, "In Colorado it's cost-neutral right now, but the big savings is in time."

He said it would take 12-14 months to conventionally frame this 43-unit project on site, and that doesn't include finishing the interiors.

MacConkey said the owner will see a faster return on investment. Housing stock would also be available sooner, he said.

After each modular unit is set in place, Chiodini said work crews will finish the edges, put on the exterior "skin," add the final bits of roofing and "tie-in" all the water proofing.

"I believe this is the wave of the future for a lot of multi-family housing," he said. "This goes a long way toward solving our housing crisis... by providing a faster way to get through the construction portion."

While some people may think of modular housing as a lower-end product, Chiodini said that is not the case.

"We have the same flexibility to adjust the skin — to play with architectural features outside and interior finishes inside," he said.

The architect added that 1775 Federal, which is under construction across from Broncos Stadium at Mile High, will start out as apartments, but can be transformed into condos for sale if they find that needs to happen.

MacConckey said there has been minimal impact on the neighborhood so far.

The crane sits on W. 18th Avenue, which is not heavily used.

He said the only time traffic is affected on Federal Boulevard is when their truck needs to pull a new unit across the street to the construction site for hoisting into place.

"A couple yesterday said they were gone for three days and when they came back, there was half a building sitting there," he said.