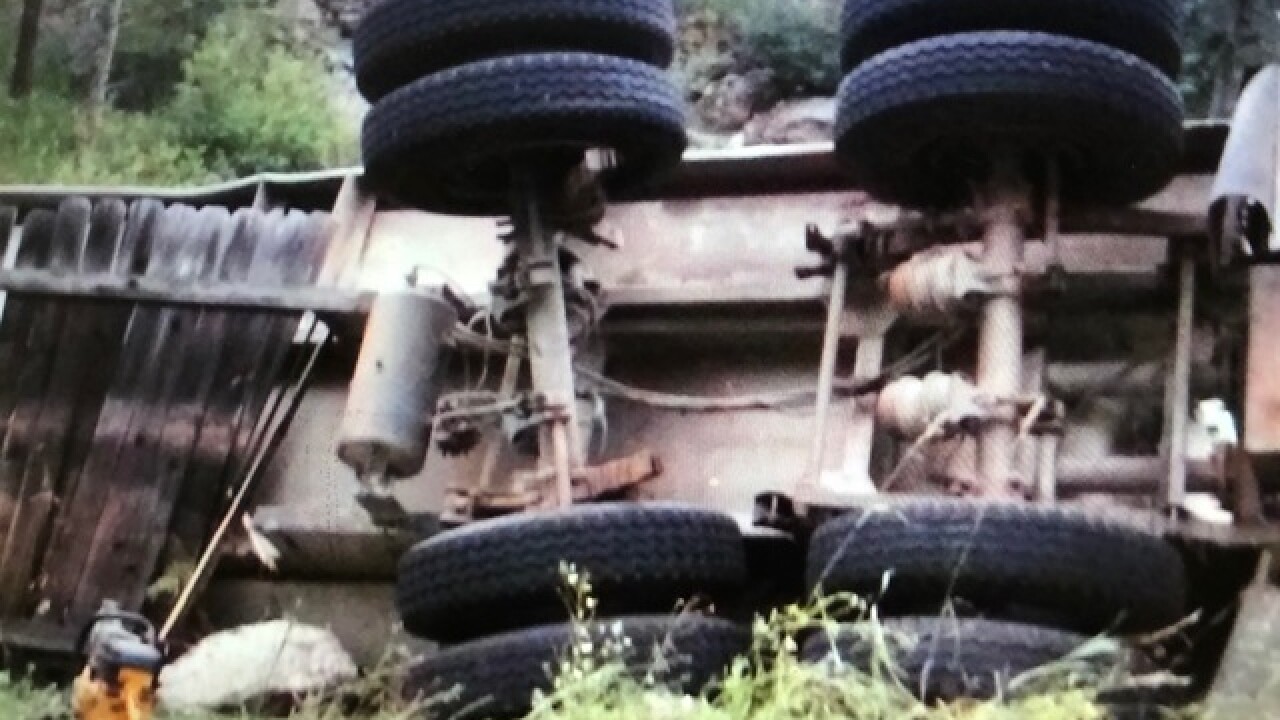 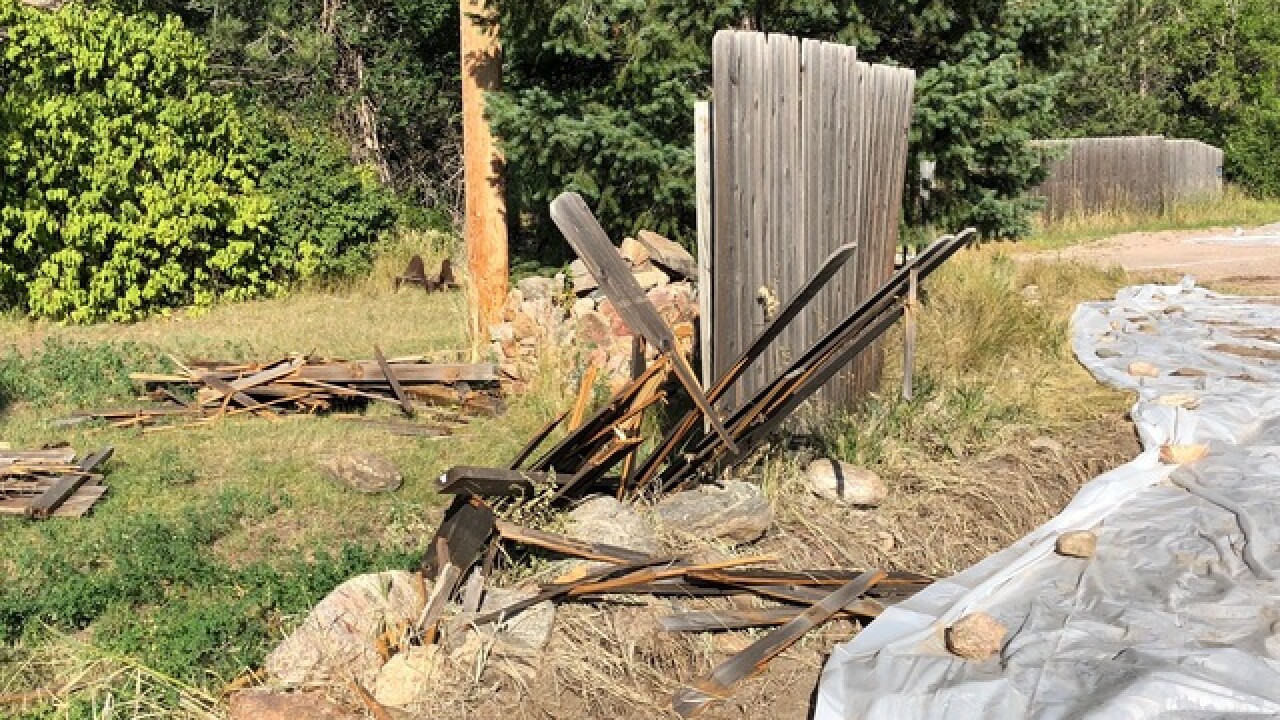 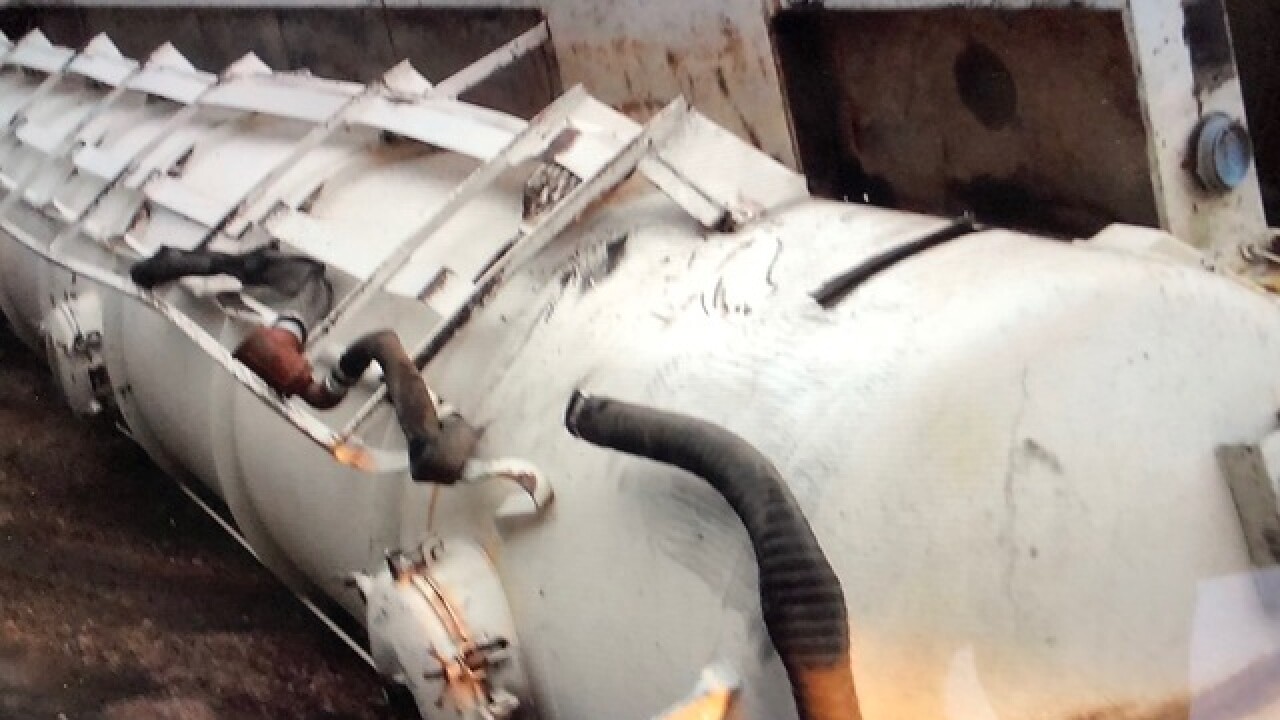 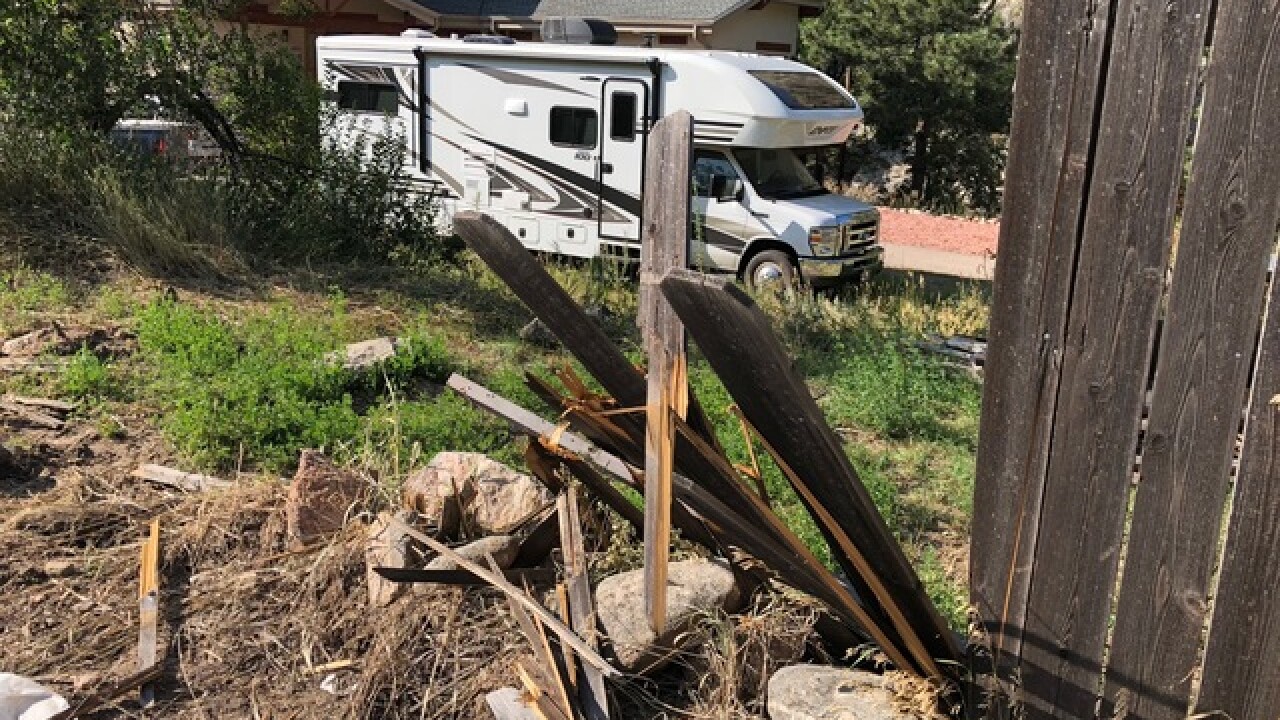 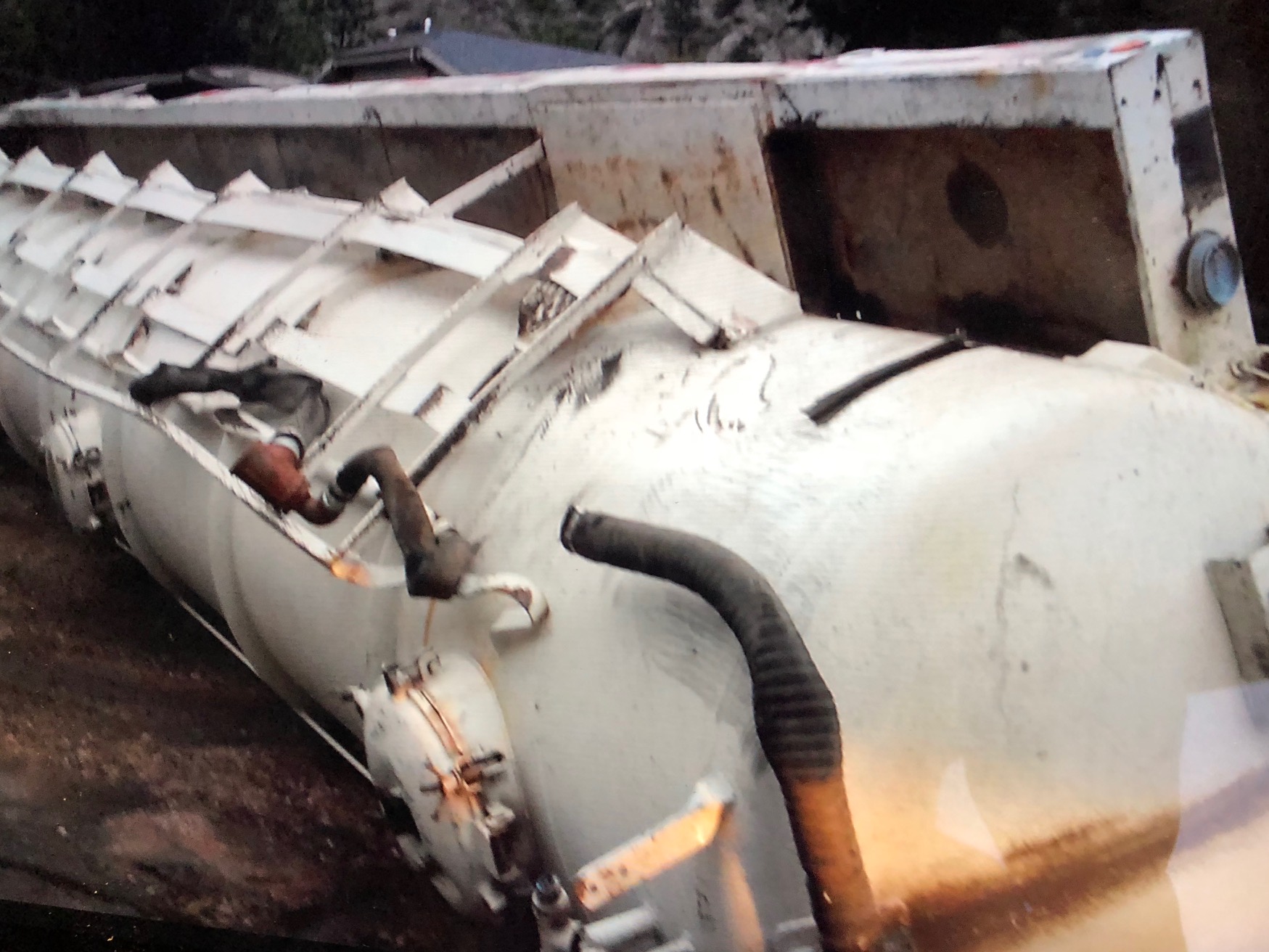 FORT COLLINS, Colo. -- Residents who live up Poudre Canyon say it's just a matter of time before hazardous fracking fluid ends up in the Cache la Poudre River.

Earlier this month, a tanker overturned in front of Robert Breckenridge's house, near a tight bend in Highway 14, nine and a half miles up the canyon.

"The cab ended up here, upside down," Breckenridge said, pointing to a spot on the highway right-of-way near the entrance to his driveway. "I really don't know how the driver survived."

Breckenridge said he heard a loud crash, late at night, and knew what it was.

"I was telling my wife, I think it's going to happen right here," he said, "and it did, because we've heard squealing of tires at night."

After hearing the crash, Breckenridge said he said he ran outside, noticed the overturned truck, and saw black goo oozing out of the ruptured tank.

"Initially, it was pure black," he said. "It was like pure oil coming out, very thick, very smelly.  It smelled horrible."

He said he tracked the goo into his house while calling 911, and later learned that the truck was coming from a fracking field near Walden.

"The wild thing is, I can't get a straight answer about what this material is," he said.

A report from the State Health Department's Office of Emergency Preparedness & Response says the tanker trailer, hauling an unknown amount of fracking water, took a corner too fast.

Denver7 reached out to Toro, but did not receive a reply.

Investigators say none of the fracking fluid made it into the river, but Breckenridge said he's concerned that it could next time, which he believes is only a matter of time, with the speed of the trucks rumbling through Poudre Canyon.

"It just seems very irresponsible to have these trucks barreling down this canyon full of this fluid that we don't even know what it is," he said.

The homeowner told Denver7 that in addition to spilling its load of fluid, the fracking tanker crashed through his fence and damaged his antique fertilizer spreader.

He said he wants the company responsible to be held accountable.

He also wants the state to make that curve safer.

"We would like to see a flashing (caution) light" at that curve, he said, "because there have been quite a few wrecks there."

The homeowner also said he'd like to see tankers hauling fracking fluid use an alternate route to get to get to the fields near Walden.