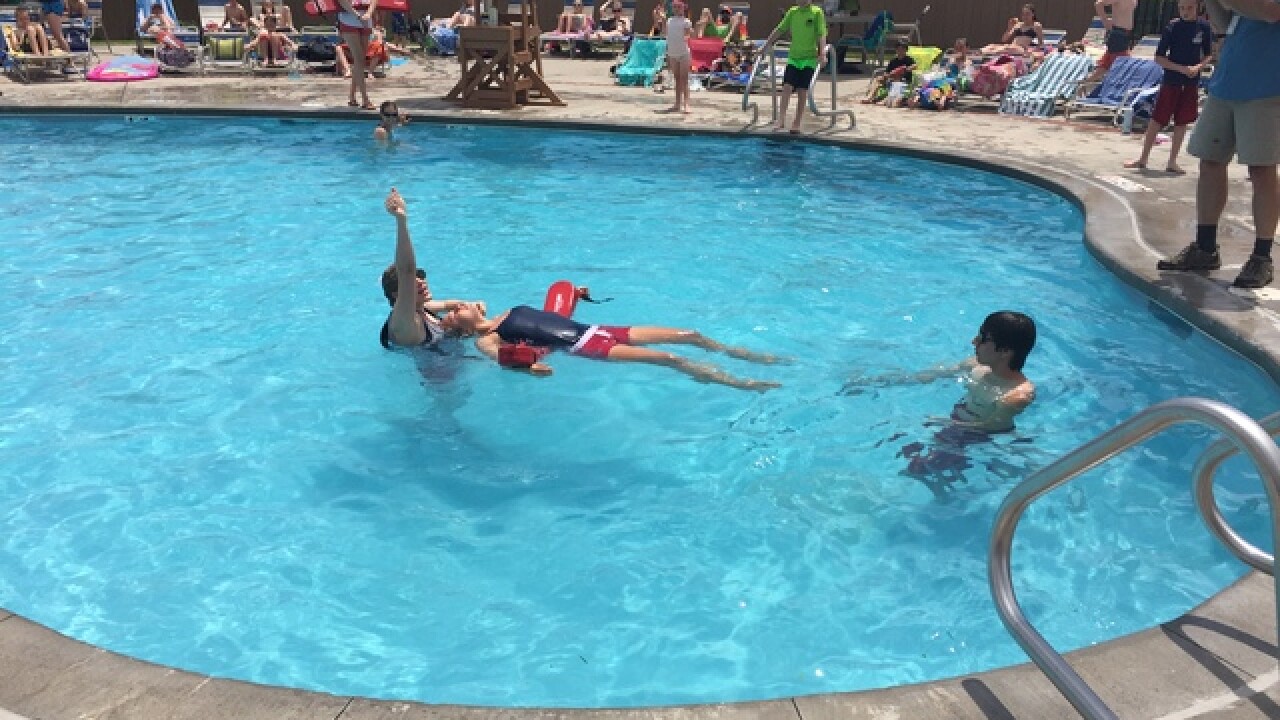 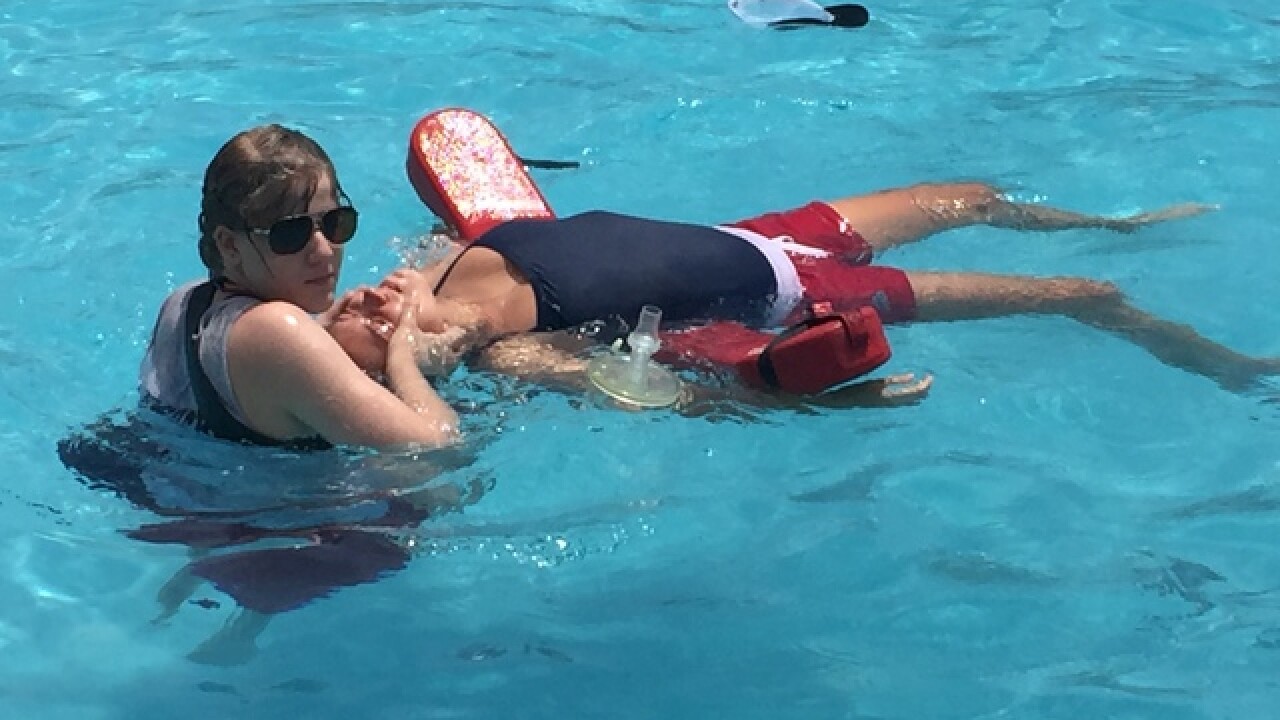 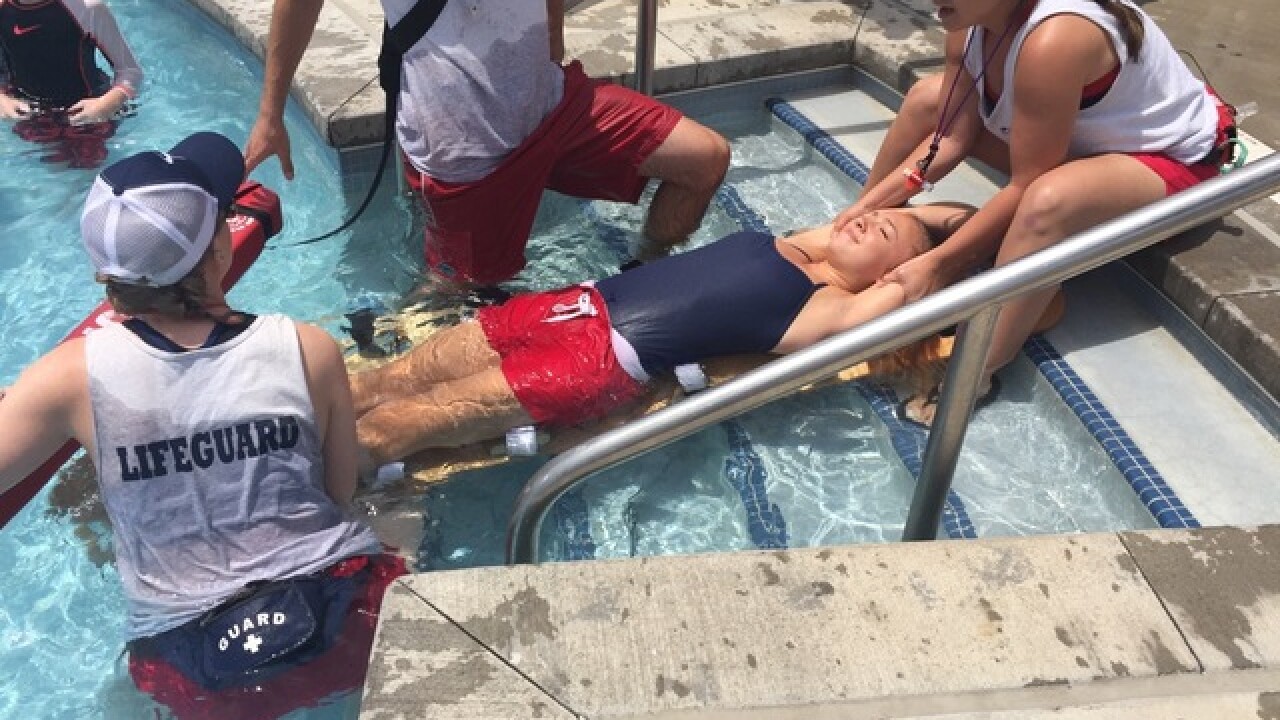 The warm, summer weather is bringing families from all around the metro to local pools. We’ve already seen several drownings so far this summer and other near-drownings.

Lifeguards are constantly on duty scanning the water, but they’re calling on parents to take the lead in their children’s safety.

“We concentrate a lot on scanning the water and watching the swimmers so that we don’t have to utilize the rescue skills, we want to prevent an accident from happening before it does,” said Mark Gunther, with the Highlands Ranch Community Association.

Gunther warns that a majority of their rescue calls are young children who get in water that’s too deep.

Lifeguards are constantly training, with 1,000 or more practice scenarios per month, so management can make sure they stay on top of their game.

“We concentrate a lot on scanning the water and watching the swimmers so that we don’t have to utilize the rescue skills, we want to prevent an accident from happening before it does,” said Gunther.  “Especially on long, hot summer days we try to make sure that they are attentive and vigilant at all times, we do 20 minute rotations so they aren’t stuck in one spot for a very long time.”

But not all pools have lifeguards and those that don’t take extra attention from parents.

Madison Allers, 17, was at her boyfriend’s apartment pool in early June when a young boy was pulled out of the pool. Allers said he had turned blue and wasn’t breathing. She quickly stepped in to give the boy CPR, which saved his life. Allers said she learned how to perform CPR in high school health class.

“It definitely brought tears to my eyes and it was just kind of like a strong emotional feeling to be able to do that," said Allers.

In Highlands Ranch, pools see about 6,000 visitors per day between the four recreation center pools.

Last year, there were 50 rescues at those pools.