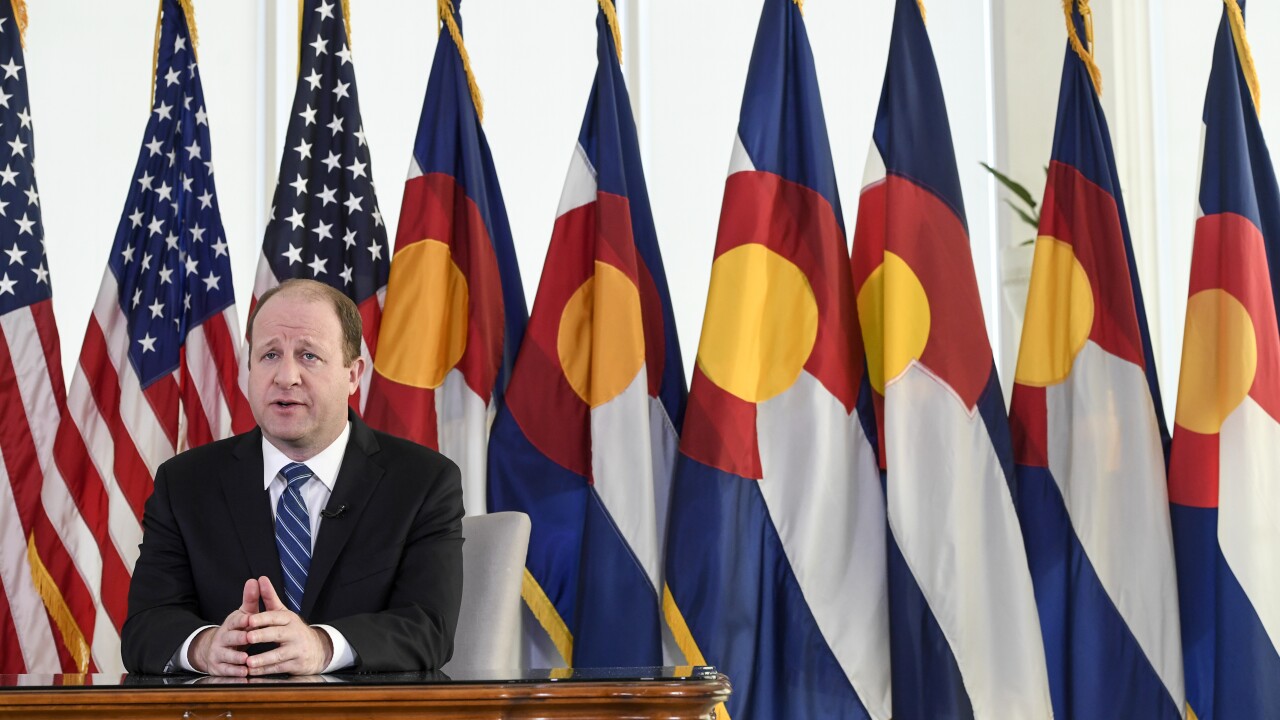 (Copyright 2020 The Associated Press. All rights reserved. This material may not be published, broadcast, rewritten or redistributed.)
AAron Ontiveroz/AP
Colorado Gov. Jared Polis delivers an address from the governor's mansion Monday, April 6, 2020, in Denver. Polis said that the state of Colorado will extend a statewide stay-at-home order from April 11 to April 26 due to the coronavirus outbreak. (Photo by AAron Ontiveroz/The Denver Post via AP, Pool) 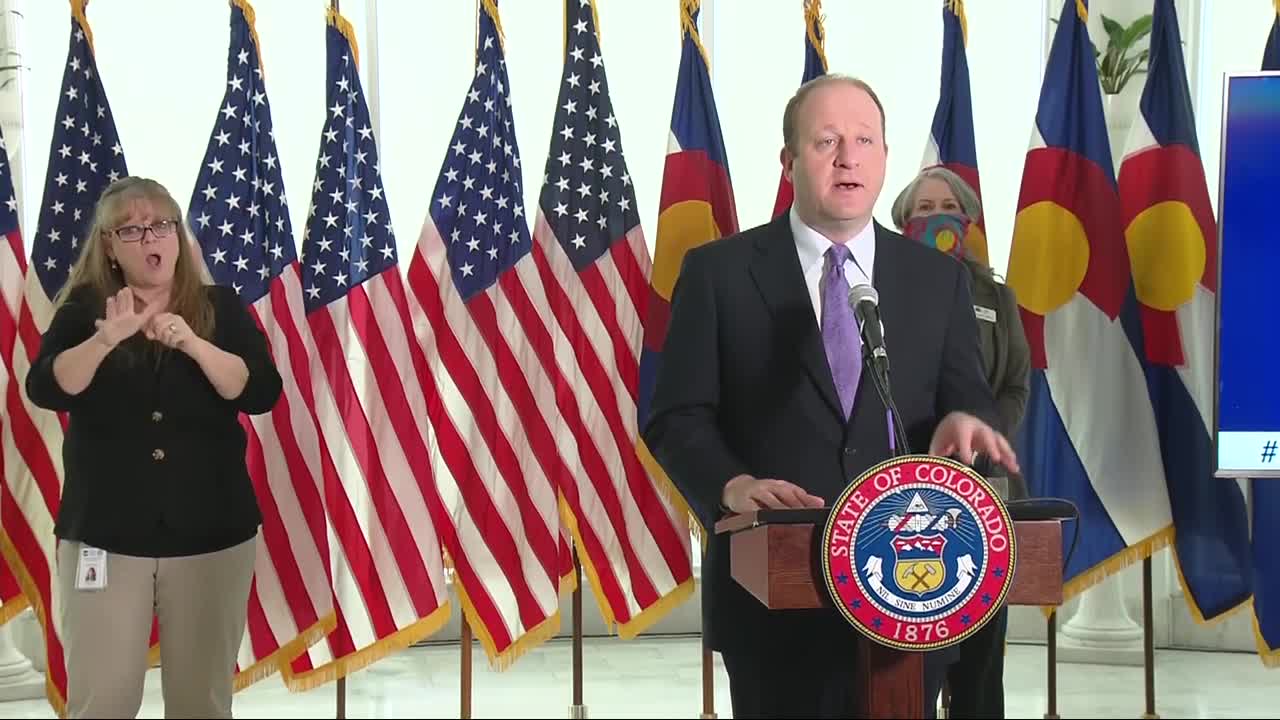 DENVER — Gov. Jared Polis on Monday said officials feel "very good" about the available hospital capacity in Colorado as social distancing measures have helped slow both the spread of COVID-19 and the rate of hospitalizations not related to the virus.

The lack of elective procedures — operations such as knee replacements or back surgery that can be delayed, as well as non-emergency procedures — has also helped free up hospital capacity.

Polis said the state will release data in coming days about discharge rates in Colorado hospitals and other hospitalization data. Colorado's number of COVID-19 cases rose to 7,684 on Monday, up by 381 from Sunday. The number of deaths reached 304, up by 14 from Sunday.

But the social distancing has also had a secondary impact on the healthcare system. Less cars on the road has led to less traffic accidents, Polis said, and less interaction has led to fewer flu cases.

Last week, Dr. Richard Zane, an emergency medicine specialist at the University of Colorado Hospital in Aurora, said the hospital still has enough ventilators and that it "feels as though we've really leveled off from the number of patients who were being admitted."

"Things are very urgent," Zane said Friday. "I don't want to in any way let people that think that we are out of the woods, but we are in a better place and I think we understand this disease much better."

Polis on Monday still set April 26 as the target date for the statewide stay-at-home order to be lifted, though it won't be a complete return to normal. Polis said the state will release information several days before April 26 about how businesses can return to a more normal operation.