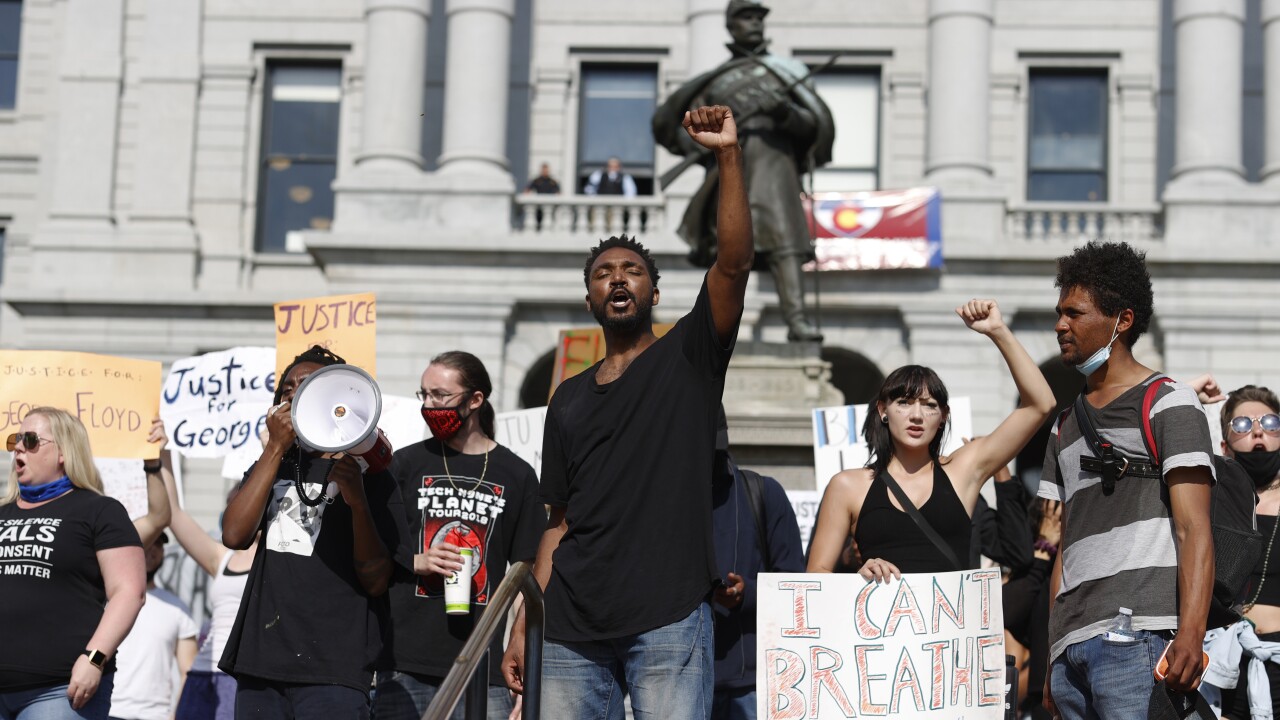 David Zalubowski/AP
Javon Block leads a chant during a protest outside the State Capitol over the death of George Floyd, a handcuffed black man in police custody in Minneapolis, Thursday, May 28, 2020, in Denver. Close to 1,000 protesters walked from the Capitol down the 16th Street pedestrian mall during the protest.

DENVER — Gov. Jared Polis and Denver Mayor Michael Hancock on Monday night pushed back on President Donald Trump's vow to deploy the military to stop protests across the country, calling the threat "counterproductive."

Polis and Hancock, in a joint statement, acknowledged the "long hours under difficult conditions" that law enforcement and the Colorado National Guard have worked during the last five days of protests in Denver.

"But there is no need for the deployment of US troops to maintain order in our city," their statement said. "The President's threat to deploy federal troops is counterproductive and will only stoke the potential for worse violence and destruction. Denver is not Little Rock in 1957, and Donald Trump is not President Eisenhower. This is a time for healing, for bringing people together, and the best way to protect civil rights is to move away from escalating violence.”

Trump on Monday recommended that governors deploy the National Guard in to “dominate the streets."

If governors did not take action, Trump said he would send the military to “quickly solve the problem for them.”

The protests in Denver have had moments of tension, especially in the nighttime hours, though crowds on Monday night remained calm past 9 p.m.

Protesters marched peacefully along Broadway, at one point stopping for a moment of silence. The large crowds earlier Monday knelt in silence outside of the State Capitol in honor of Floyd.