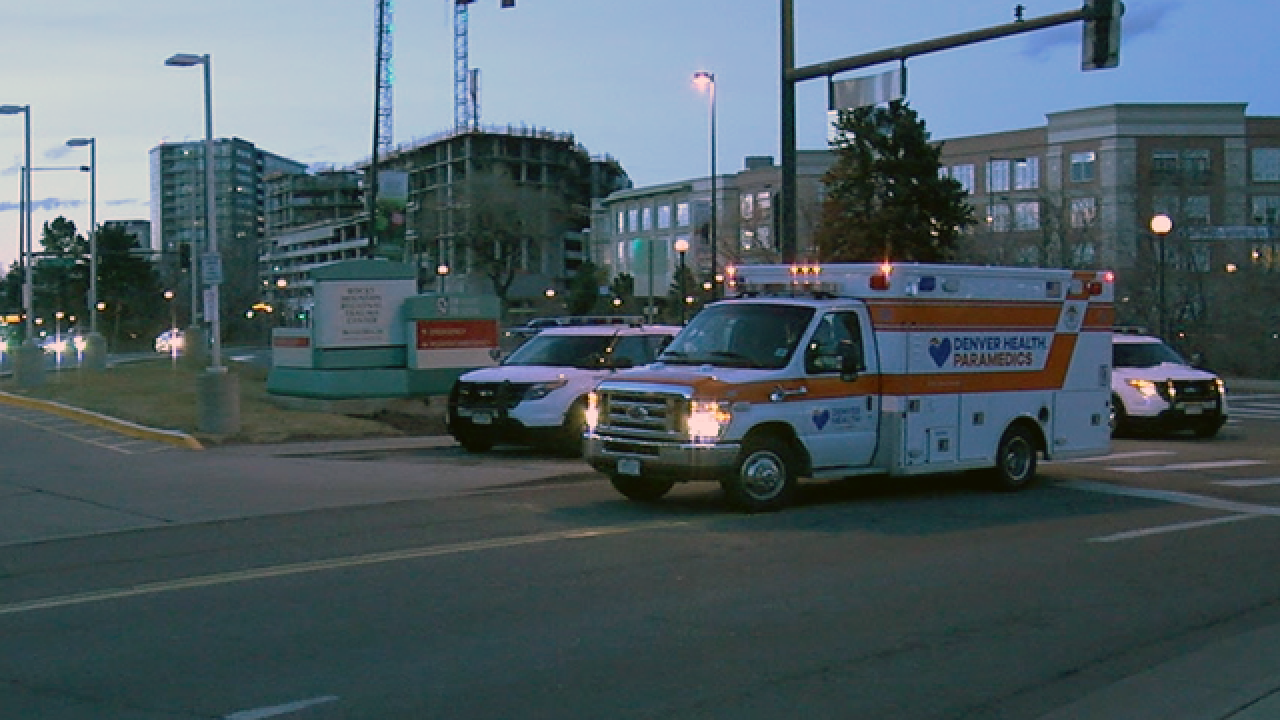 DENVER — Two suspects were wounded after shots were fired amid a high-speed chase in northeast Denver Monday evening. No officers were injured.

Police are still trying to determine if the pursuing officers or the suspects fired their weapons. The suspects were transported to Denver Health with unknown injuries.

According to Denver Police Spokesperson John White, the incident began as part of a day-long manhunt for Denver escapee Mauricio Venzor-Gonzalez, 23, who is still on the loose.

White said the investigation into the escapee's whereabouts led undercover officers to an undisclosed address in Aurora earlier in the day.

Officers began watching a house for signs of Venzor-Gonzalez when an SUV suddenly took off from the home.

Aurora officers gave chase, following the suspects at a high rate of speed into Denver, where DPD officers joined in.

According to White, authorities followed the suspects into a neighborhood near East 41st Avenue and Colorado Boulevard in Denver, where the chase ended in a crash.

The two suspects were apprehended and later taken to the hospital, but it's not clear if their injuries were from gunshots or sustained during the crash. White did not release the conditions or names of the suspects.

Police have yet to say what connection the suspects may have with the 23-year-old fugitive, who escaped from Denver Sheriff's Department deputies at Denver Health early Monday morning.

"We do believe because that vehicle was at the location that we had under surveillance, that there was a good possibility that there was some connection," White said.

It's not clear if Venzor-Gonzalez was wearing handcuffs or other restraints when he escaped.

Authorities have said Venzor-Gonzalez was injured in November during a shootout with police, who tracked him to a home in Aurora. He surrendered after a two-day standoff.