Police: Stepdad identified as suspect in 12-year-old's disappearance; could be North Dakota bound 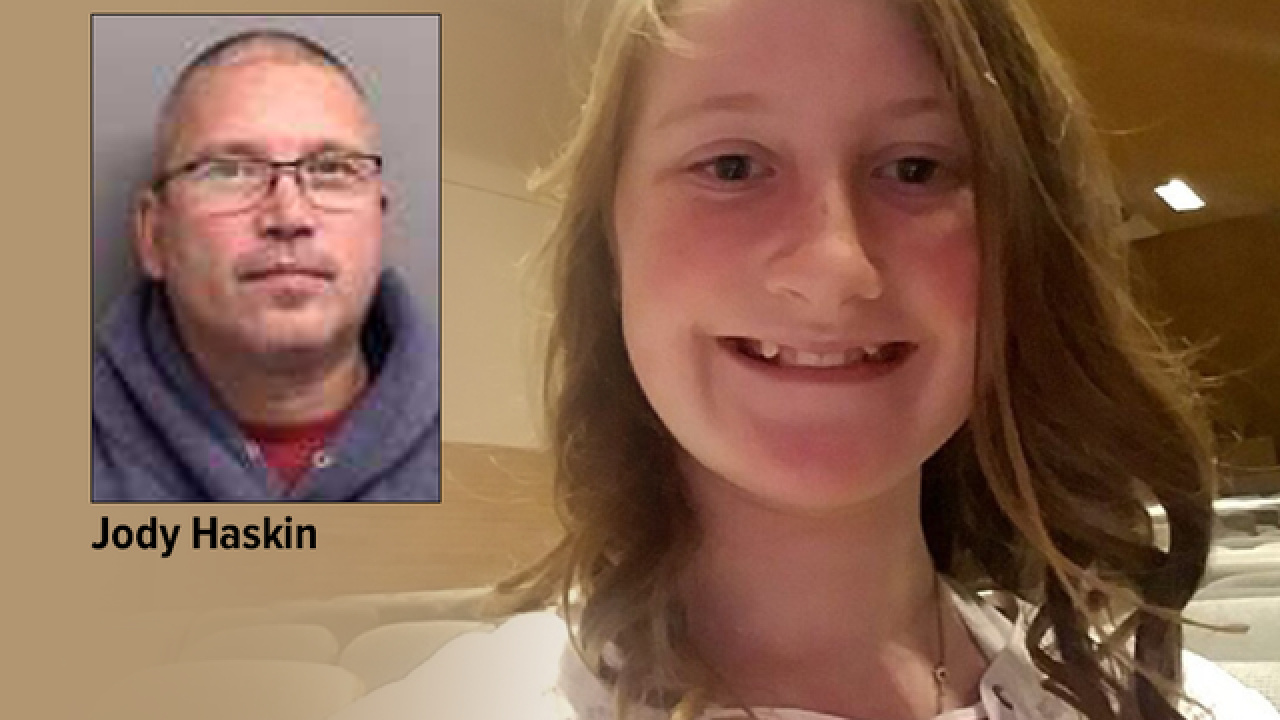 BREAKING NEWS UPDATE: Raeanna Rosencrans, 12, has been found at the Walmart in Rifle, Grand Junction police said in a tweet.

Click here for the latest information from this story.

GRAND JUNCTION, Colo. – Authorities have identified a registered sex offender as a suspect in the alleged kidnapping of his 12-year-old stepdaughter in Grand Junction and have issued a warrant out for his arrest.

Jody Haskin, 47, is wanted for one count of second-degree kidnapping in connection with the abduction of 12-year-old Raeanna Rosencrans, Grand Junction police said Thursday evening.

An Amber Alert was issued Wednesday after Rosencrans was last seen willingly getting into a green “boxy” sedan in the area of D 1/2 Road and Larry’s Meadow Drive at around 3 p.m. shortly after she was dropped off by a school bus. That vehicle was later located in Rifle.

On Thursday, police said their investigation led them to identify Rosencrans’s stepfather as a person of interest in the girl’s disappearance. Police later said he was a named suspect.

Haskin does not have any parental rights, police said.

During a press briefing later in the day, Grand Junction Interim Police Chief Mike Nordine said he believes the suspect could be heading to North Dakota. In a press release released later in the evening, police said Haskin had connections in that state.

“We are communicating with law enforcement agencies along those potential routes,” Nordine said.

Haskin has an active warrant for his arrest on 12 counts of felony charges related to sexual assault of children stemming from 2006 incidents, according to court records. In addition to the 12 counts, the warrant also carries three sentence enhancers for habitual sex offenses.

Haskin is described as a white man, about six feet tall and weighing 215 pounds, balding with brown eyes and glasses.

She was last seen wearing black jeans and a black tank top with white highlights around the neck, black Adidas shoes, and a black and white backpack with a southwest design, according to police.

Authorities said it’s not clear how Haskin may be traveling, but he’s not believed to be in the Grand Junction area any longer.

Grand Junction police have also set up a dedicated tip line specifically for this investigation. If you have any valuable information that could lead to Haskin's or Rosencrans' whereabouts, you are asked to call (970) 549-5656.