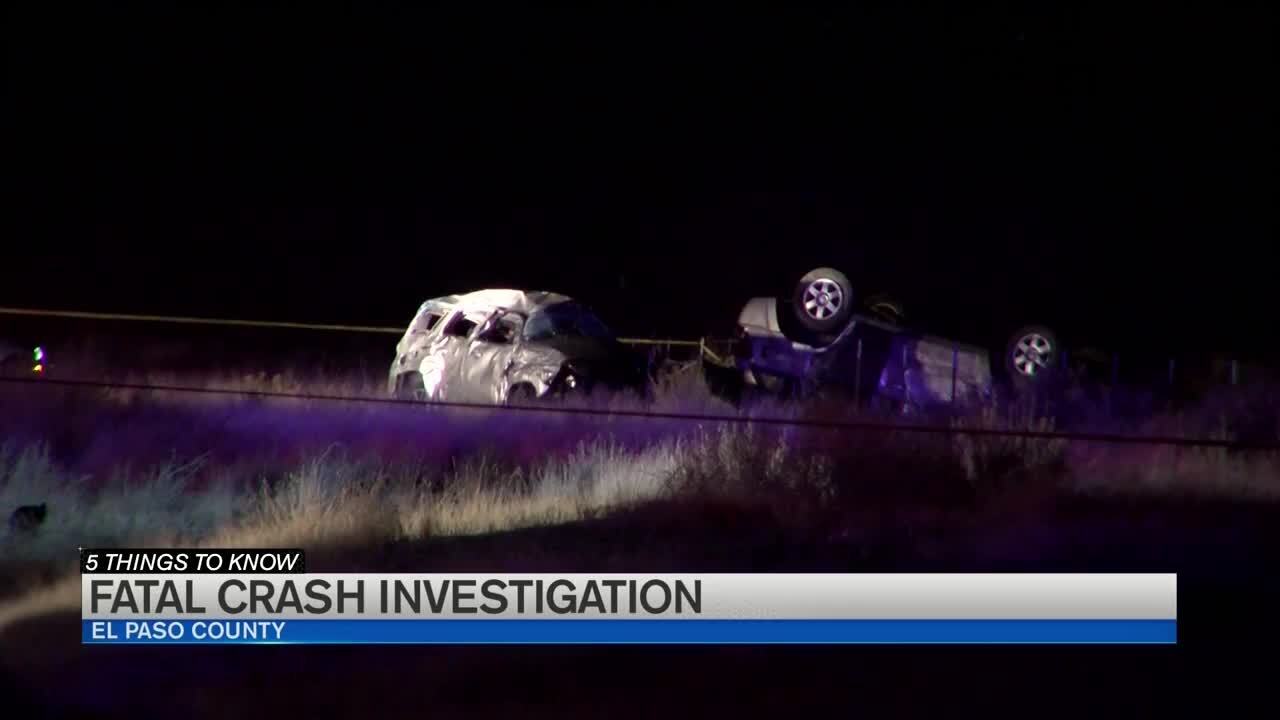 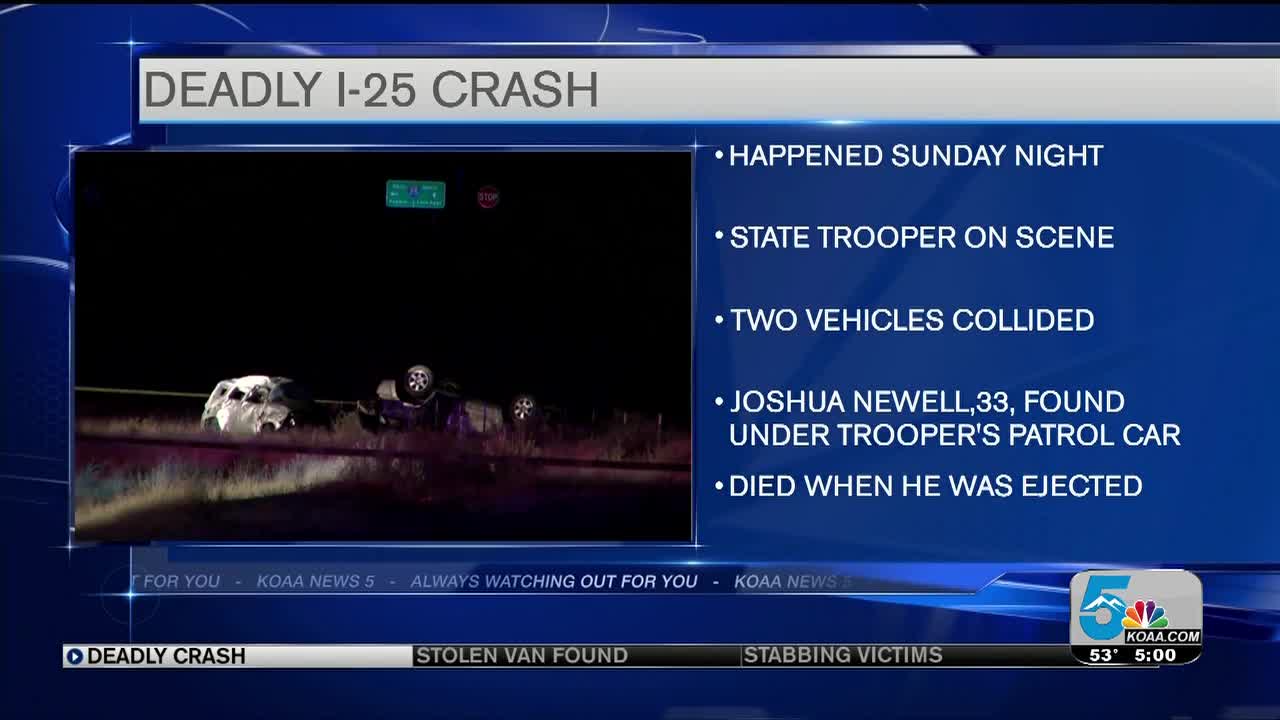 The Colorado Springs Police Department has released the results of an investigation into a fatal crash Sunday night along I-25 near Pikes Peak International Raceway.

The autopsy of 33-year-old Joshua Newell revealed he died after being ejected from his vehicle onto the side of the road during an impact with another car.

Earlier reports indicated a Colorado State Trooper was somehow involved in the incident, and now we're getting answers.

CSPD determined Newell was headed northbound when he went off the road, over-corrected to get back on the road, and collided with a Jeep Cherokee. Both vehicles rolled several times.

The trooper witnessed the crash and he decided to drive across a field to render aid.

As people stopped to help check on the driver of the Jeep in his upside-down vehicle, the trooper began the search for the other driver. He found Newell deceased just under the front end of his patrol car.

The autopsy showed the patrol car never drove over Newell and he died from injuries suffered in the crash.

Due to the involvement of the trooper, State Patrol asked the Colorado Springs Police Department to handle the investigation.

The state employee is currently on paid administrative leave, per policy, and awaiting the 4th Judicial District to review the facts in the incident to determine if any further action may be taken.

#BREAKING Fatal crash on I25 northbound just south of PPIR. At least one person has died, trying to get info on scene. @KOAA pic.twitter.com/XGloGSg5WK