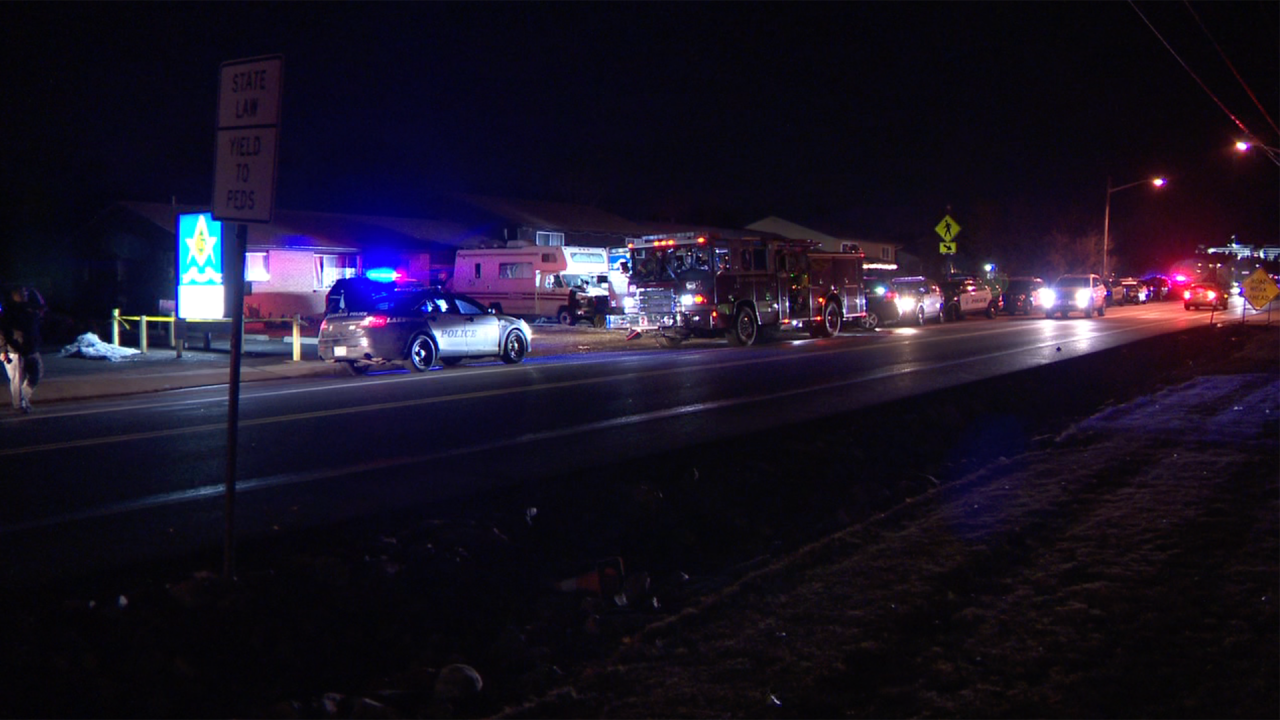 Copyright 2019 Scripps Media, Inc. All rights reserved. This material may not be published, broadcast, rewritten, or redistributed.
Denver7
Police shot a man Thursday afternoon at a duplex unit in northwest Lakewood after they were called there on a criminal mischief report.

LAKEWOOD, Colo. – Police shot and killed a man Thursday afternoon at a duplex unit in northwest Lakewood after they were called there on a criminal mischief report.

Police received the report that the man was destroying property inside a home just after 3:15 p.m. Thursday, according to Lakewood police spokesperson John Romero. They went to the home in the 2400 block of Youngfield Street – just west of Maple Grove Reservoir – and were told that a 47-year-old man was inside one of the units.

Romero said that officers tried to get in touch with the man but were unsuccessful. Around 5:20 p.m., they saw smoke and flames coming from inside the unit, Romero said.

Officers went inside and were confronted by the man, who was armed with an unknown weapon, Romero said. The man allegedly attacked the officers, during which officers tried to use less-lethal weapons, the department said. When those did not work, police said, one officer fired their weapon at the man.

Romero said the man, whose name has not been released, was wounded in the shooting and taken to an area hospital.

Lakewood police said just before 10 p.m. that the man had died.

Ten officers and residents of the duplex unit were treated for smoke inhalation, Romero said. Another department spokesperson said police were unsure if the man who was shot by police started the fire inside the home.

The shooting will be investigated by Lakewood police, West Metro Fire Rescue and the Jefferson County Critical Incident Response Team. The officer who shot the man is on standard administrative leave pending the internal investigation.

This is at least the 67th police shooting in Colorado so far in 2019.