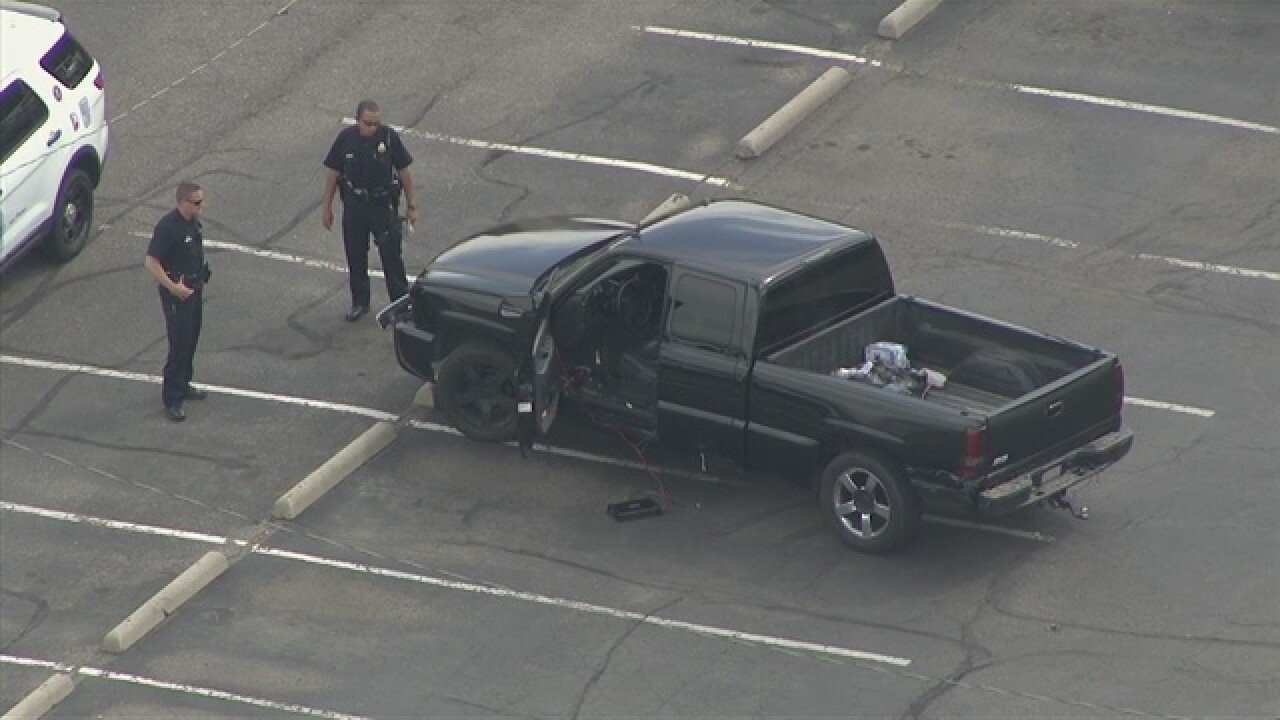 Reports began filtering in from drivers Monday saying a high-speed chase nearly caused several crashes as it traveled from Denver through Aurora.

Denver Police began chasing the suspect in a stolen vehicle after the driver rammed a police cruiser . Police say the suspect ditched a black truck used to ram the cruiser during a traffic stop, then stole a white Ford truck with flames on the side which the suspect used to speed away from the scene.

Denver Police officers eventually found and surrounded the black truck, but said the search for the white Ford truck continued.

It's not yet known at what stage the police investigation is in while the search for the vehicle continues. Officers released a description of the vehicle to the public, describing the truck as a 1998 White Ford F250 extended cab with Montana license plate B4813.

Video captured on security cameras on the 2100 block of South Holly shows the truck in the process of being stolen by the suspect.

A description of the suspect is not yet public.