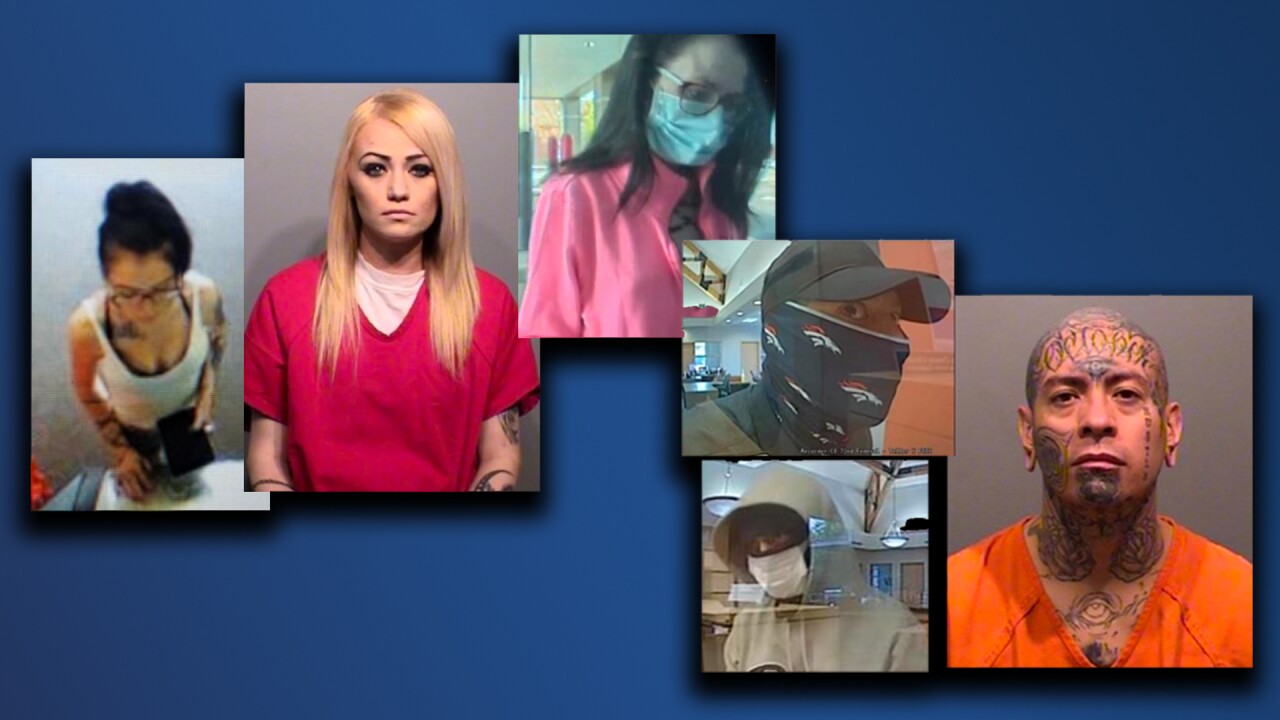 DENVER — Police are searching for two people suspected of robbing six banks around the Denver metro area since Aug. 25.

The Denver Police Department has identified the suspects as Paul Hernandez, 33, and Mary Bannigan, 27.

During one of the robberies, Hernandez displayed a handgun.

The banks that were robbed include:

Hernandez is described as a Hispanic male, standing about 5 feet, 7 inches tall with a thin build. He has a shaved head and facial tattoos.

The U.S. Department of Justice said in a press release that Hernandez has been dubbed the "Powder Puff" bandit because he wore thick makeup to cover his tattoos while robbing the banks. The DOJ said he committed other bank robberies in the area in January 2020 and January 2007.

Police said Bannigan is a white or Hispanic woman standing about 5 feet, 7 inches tall with a thin build. She has long dark hair, which she sometimes dyes blonde, and wears glasses.

Bank robberies are punishable up to 20 years in prison for each offense.