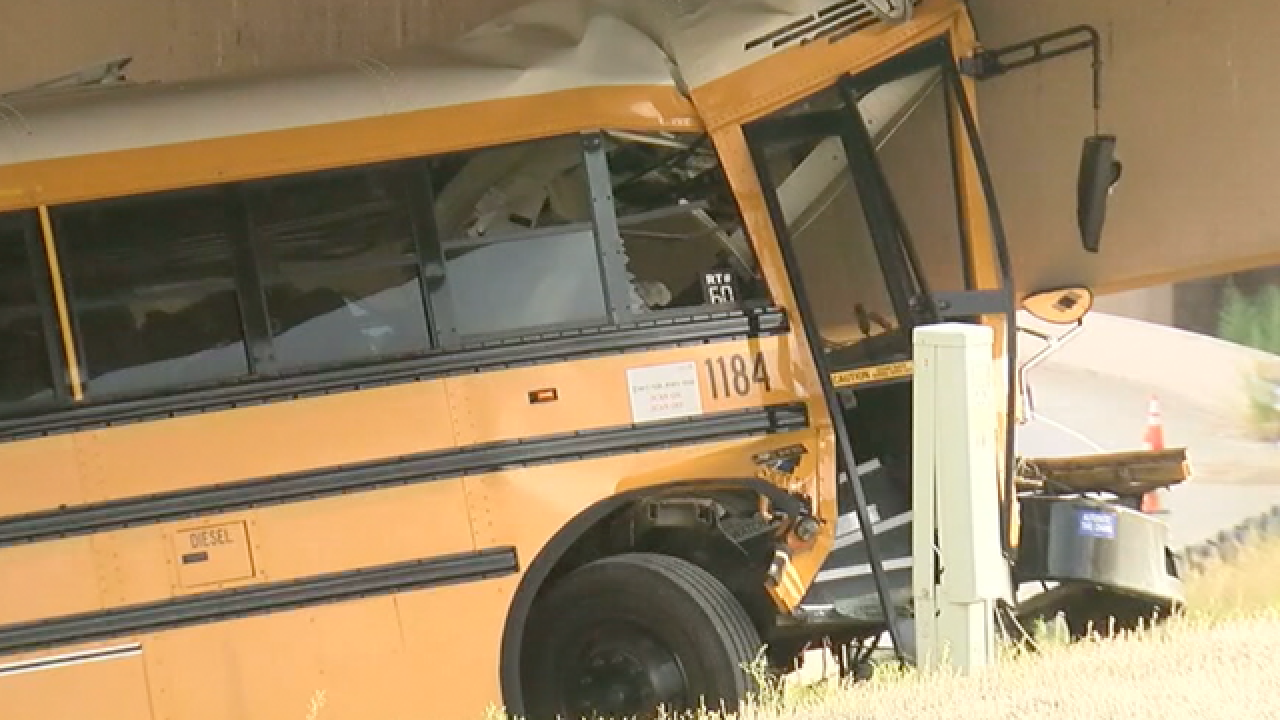 DENVER -- More than a month after a bus driver fatally crashed into a concrete bridge support at Denver International Airport, police are releasing their reports and video of the incident.

The video, from a security camera, shows several vehicles pulling up to the East Terminal arrival area about the same time as the Adams Five Star school bus.

George Skinner’s pickup was among that group.

The Centennial resident told Denver7 that as he approached the terminal, he saw the bus start weaving from one side of the road to the other.

“I almost got ran off the road,” Skinner said. “I thought it was kind of crazy, so I drove right around it as quickly as I could.”

Skinner said he started to dial 911.

“I thought I probably shouldn’t do that (since I was still driving) but I could see something was happening.”

Skinner said he first thought the bus driver was texting and driving, but as he watched through his rear view mirror, he saw the bus leave the road, drive up the embankment and crash into the concrete support.

“It was a horrific scene,” he said. “Kids were kicking out windows trying to get out.  You could see there was damage to their faces.  People were screaming for stretchers.”

Autopsy reports indicate that the bus driver, Kari Chopper, did not take drugs or drink alcohol before she crashed.

Chopper was transporting a busload of Legacy High School football players and coaches from the airport.  The group had just returned to Colorado from an out of state game in California.

The autopsy report suggested Chopper, who had an enlarged heart and was overweight, could have had a medical episode that led to the crash, but that wasn't verifiable.

Officers said they couldn't figure out why Chopper turned the bus around, looping back to the terminal after taking the road to leave. None of the witnesses on board could help answer that question.

"Very hard watching that video," said Josh Chopper. "Seeing that she went around the corner and then went into the pillar is, it was horrible for me to see -- I wish I didn't see it. "

Chopper said he wished he had more answers about why his wife wrecked but said the report and its findings about her health have helped ease his mind.

"She just had an accident, my wife was healthy she was fine," he said. "I knew my wife better than anybody in this world and I knew she wouldn't have any drugs or alcohol in her system. I just want me and my kids - I just want to be able to move forward and live our life."