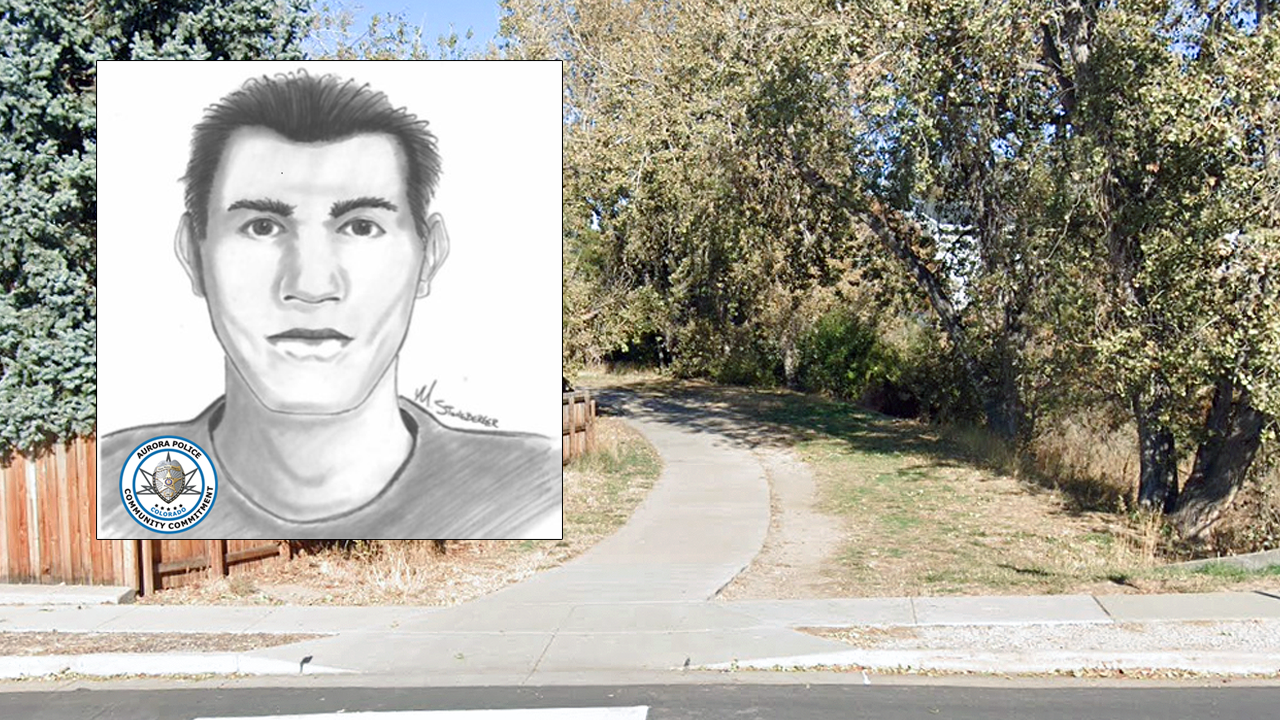 AURORA, Colo. — Police in Aurora are looking for two suspects after two women were attacked with boards in separate assaults on the High Line Canal Trail in the Highland Park neighborhood this week.

The first assault occurred Wednesday morning when a man swung a 2X4 board at the victim who was riding her bike with her children. The victim and her children were able to escape from the assailant and call police. She was transported to a local hospital where she was treated for minor injuries, police said.

This attack occurred on the trail around East 2nd Avenue. The suspect is described as a black male who is approximately 6-foot-tall with curly hair. He was wearing a red shirt and black shorts at the time of the crime.

The second attack occurred around 6 a.m. Saturday around East 1st Avenue and Moline Street. The victim was jogging down the trail when she was attacked by an unknown man who struck her several times with a board. She sustained serious injuries and was transported to a local hospital where she is currently being treated, according to police.

The suspect in Saturday’s assault is described as a Hispanic male in his 20’s who is approximately 5’7” tall, he has an athletic build and has short black “high and tight” hair. At the time of the attack he was wearing a black shirt and black pants. Police said he was spotted later in the morning wearing a grey sweatshirt and was seen riding a children’s bicycle.

Police said they are increasing patrols and are canvassing the area for the suspects.

If the public sees either of these two individuals they are advised not to approach them and to call 911 immediately.

Anyone who has information on these two cases is asked to email APDCrimeTips@auroragov.org. Tipsters can also contact Metro Denver Crime Stoppers by calling 720-913-7867.