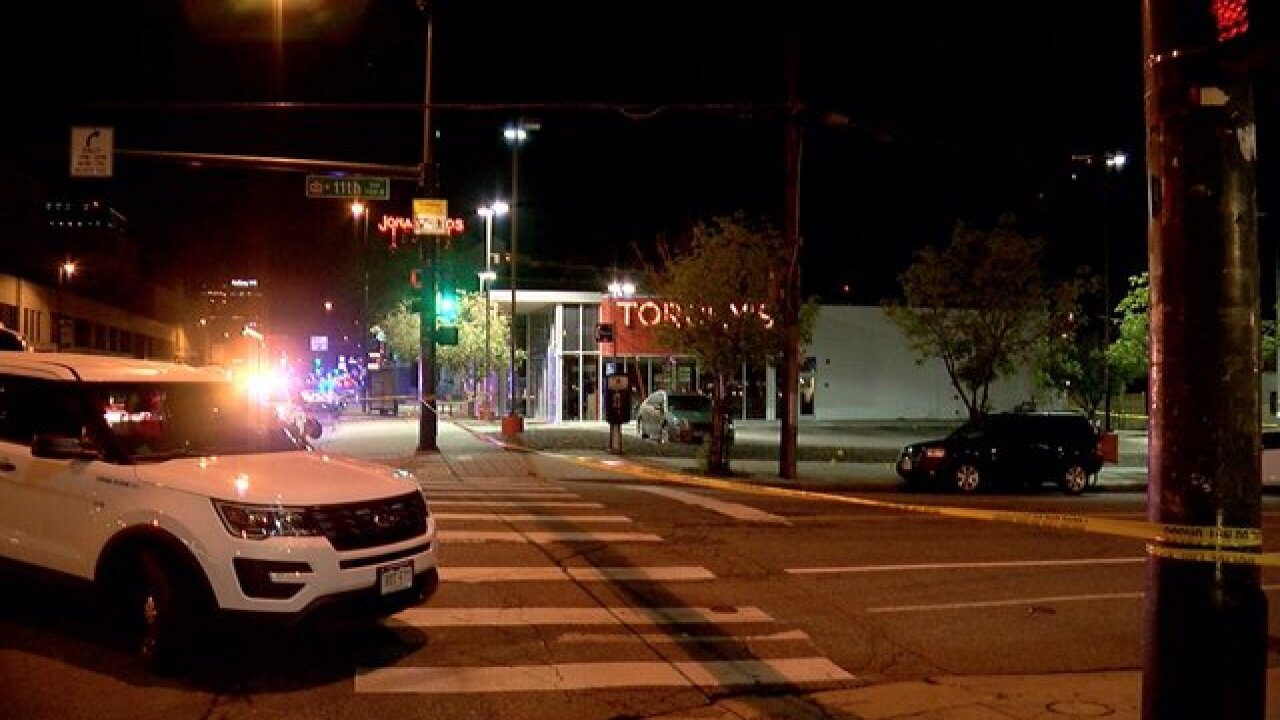 DENVER – A man wearing clown-style makeup and a glove with blades on the end of each finger stabbed a man to death outside a popular Denver taco joint early Tuesday, according to police.

Officers responded to Torchy’s Tacos at 11th and Broadway shortly after midnight Tuesday and found a man in the parking lot, unresponsive and suffering from a stab wound.

The victim, identified as 29-year-old Brian Lucero, was transported to an area hospital where he was pronounced dead from a single stab wound to the throat.

Detectives interviewed witnesses who said the suspect and victim first got into a confrontation at the Corner Store convenience store at 10th and Broadway. The witnesses told police the suspect, who wore white clown-like makeup with black streaks on his face and a glove with 2 to 3-inch blades, threatened Lucero and swung at him with the glove.

When Lucero walked away up the street, the suspect followed him, witnesses said. The witnesses did not see what happened after the men entered the Torchy's parking lot.

Using High Activity Location Observation (HALO) surveillance cameras, investigators were able to locate a man on a scooter who matched the suspect description. Camera footage showed the man throwing an object into some bushes in the 900 block of Galapago Street, police said.

Officers caught up with the suspect, identified as Christian Lee Gulzow, 36, at West Alameda Avenue and Lipan Street and took him into custody. Police said Gulzow's clothes were covered in blood. Officers retrieved a knife, also covered in blood, from the bushes where Gulzow allegedly threw it.

Gulzow told police officers the victim had threatened him and told him to "get out of my alley" before stealing his scooter. Gulzow said he tackled the victim in order to get his scooter back and didn't know that he'd stabbed the man.