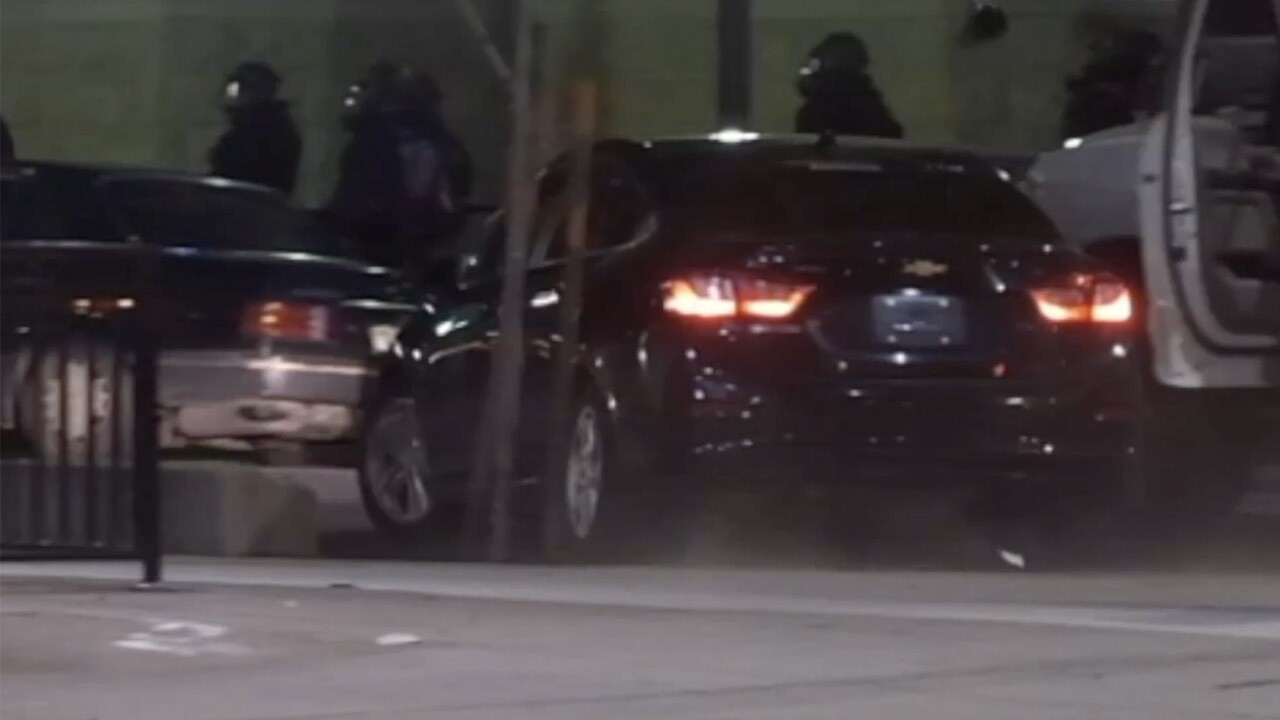 3 Denver officers were severely injured when the driver of a vehicle crashed into a police vehicle. A civilian was also injured Saturday.

DENVER — Police on Monday identified the driver accused of striking three Denver police officer and a civilian in a hit-and-run late Saturday night.

Knapp was arrested Sunday afternoon and was advised on his charges in court Monday morning.

The incident happened at 16th Avenue and Logan Street, in the Uptown neighborhood, according to a police spokesperson. It remained unclear whether the crash was related to the nearby protests in the city Saturday night.

There were no life-threatening injuries but some of the victims had serious bodily injuries, police said.

By Sunday morning, two of the officers had been released from the hospital while the third officer remained hospitalized, according to a tweet from Denver police. All three are expected to recover fully.