Suspect in deadly Denver crash is a limo driver 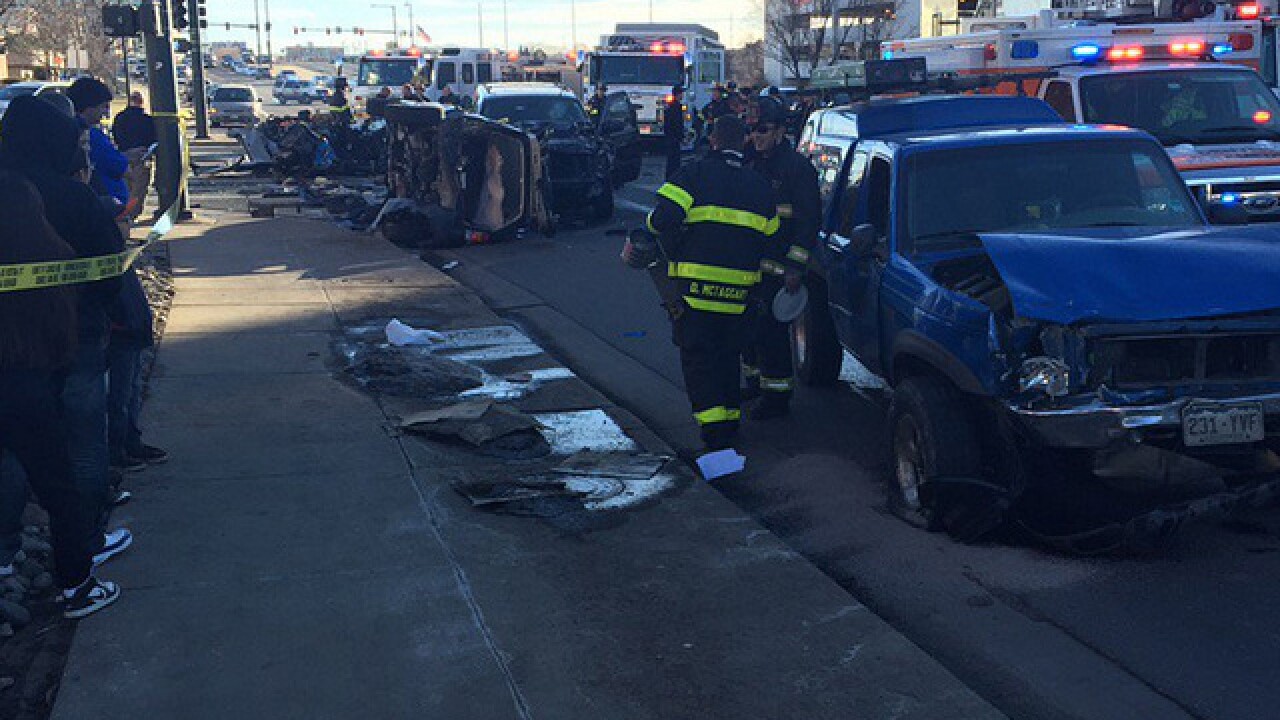 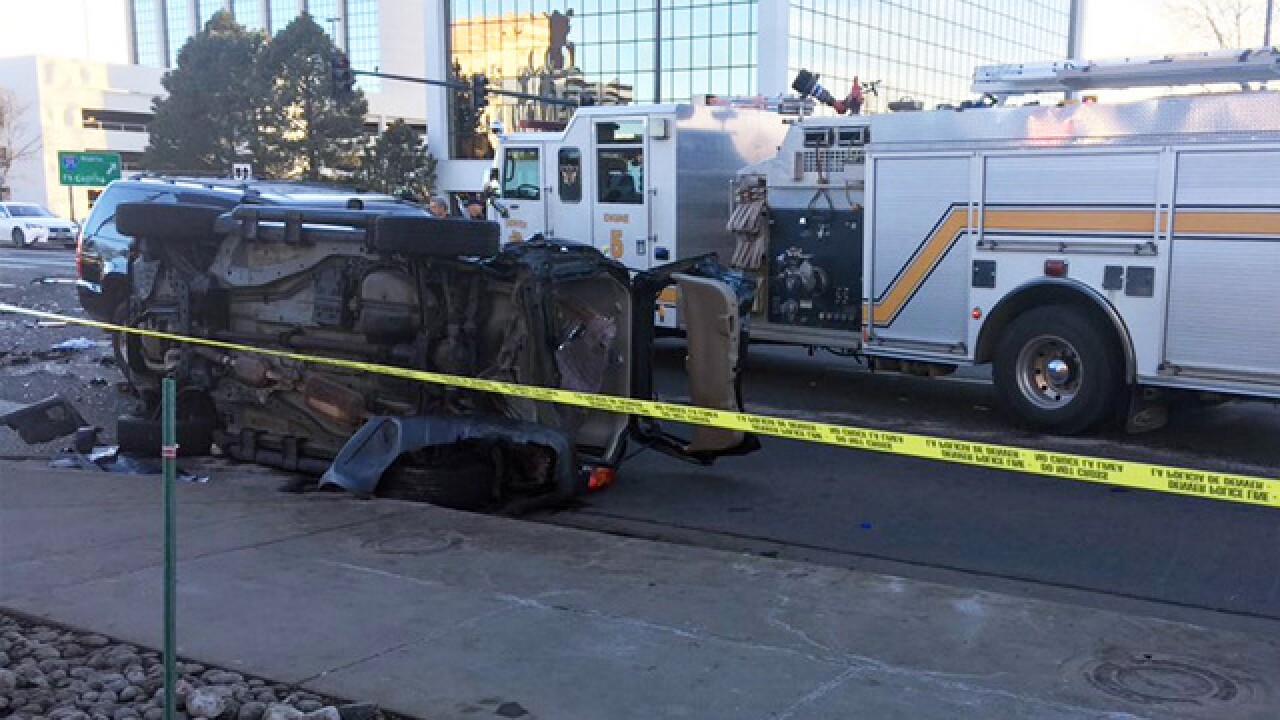 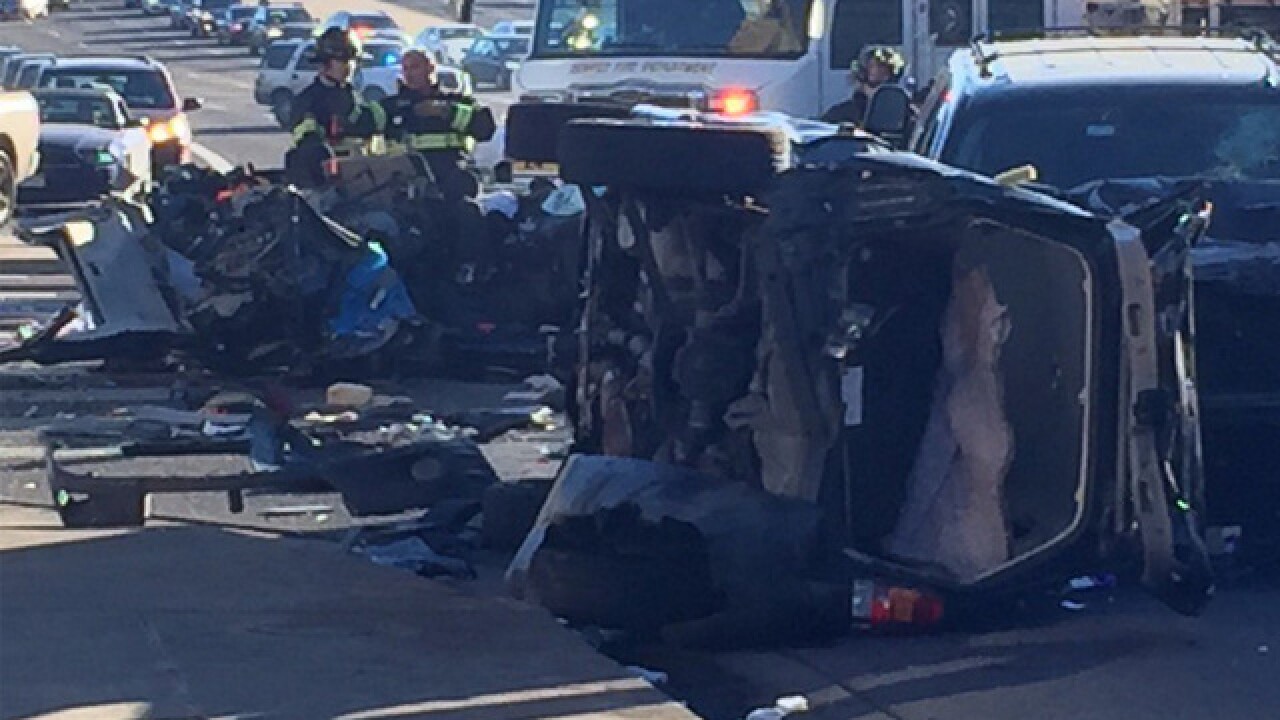 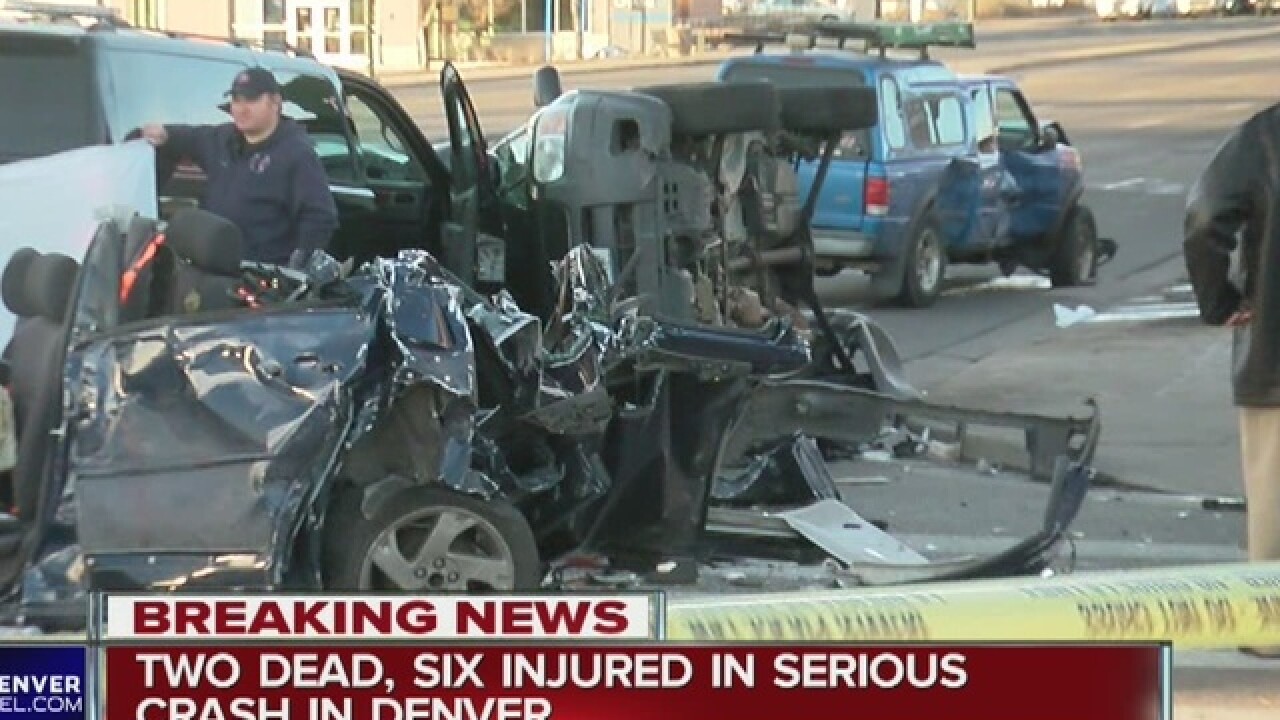 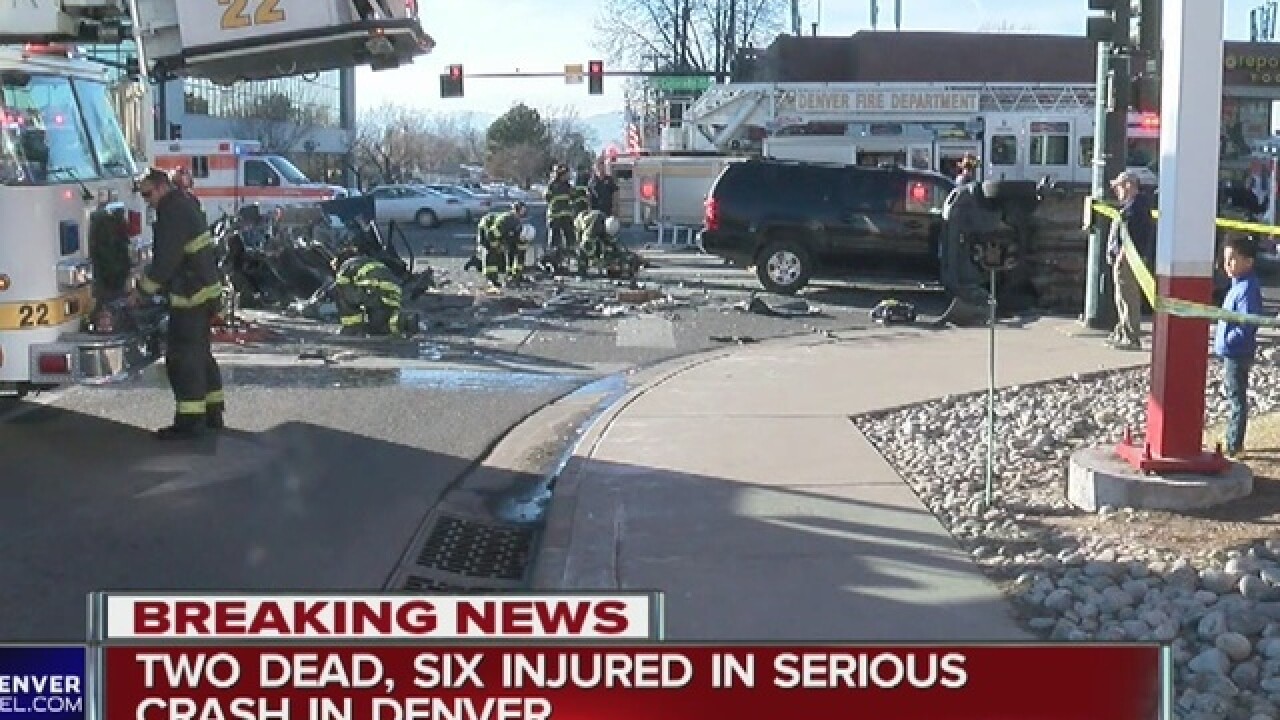 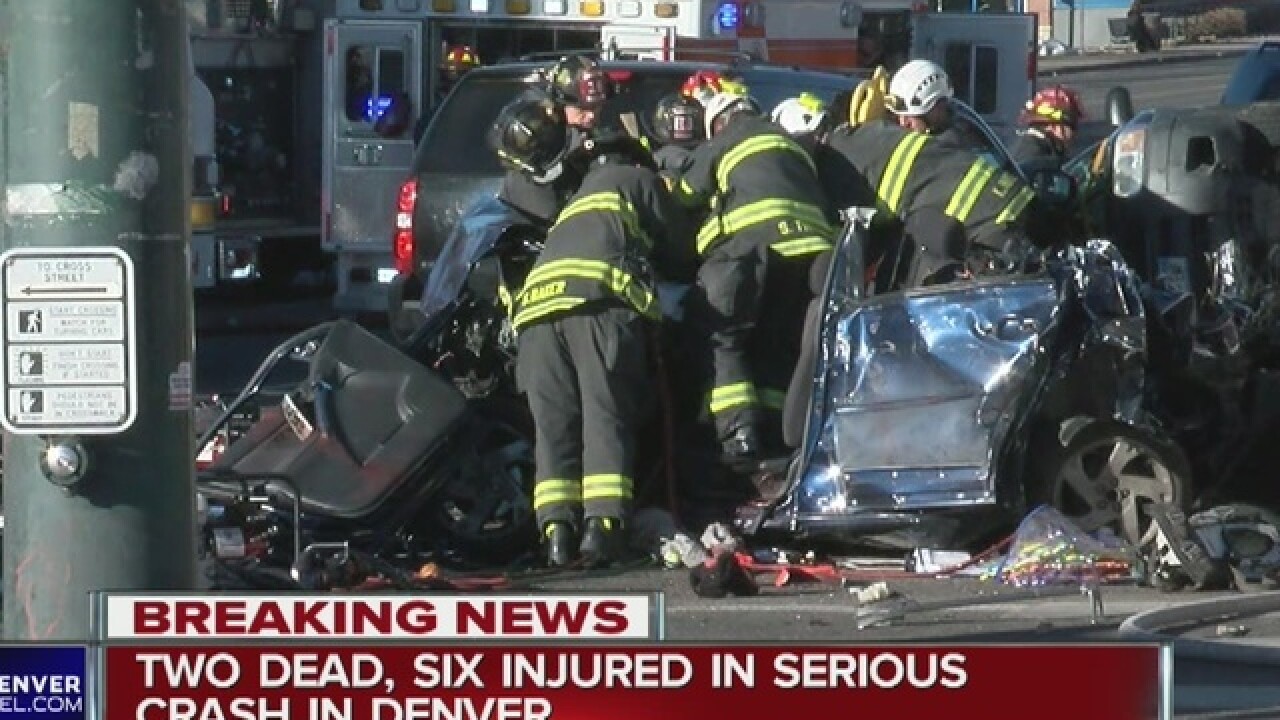 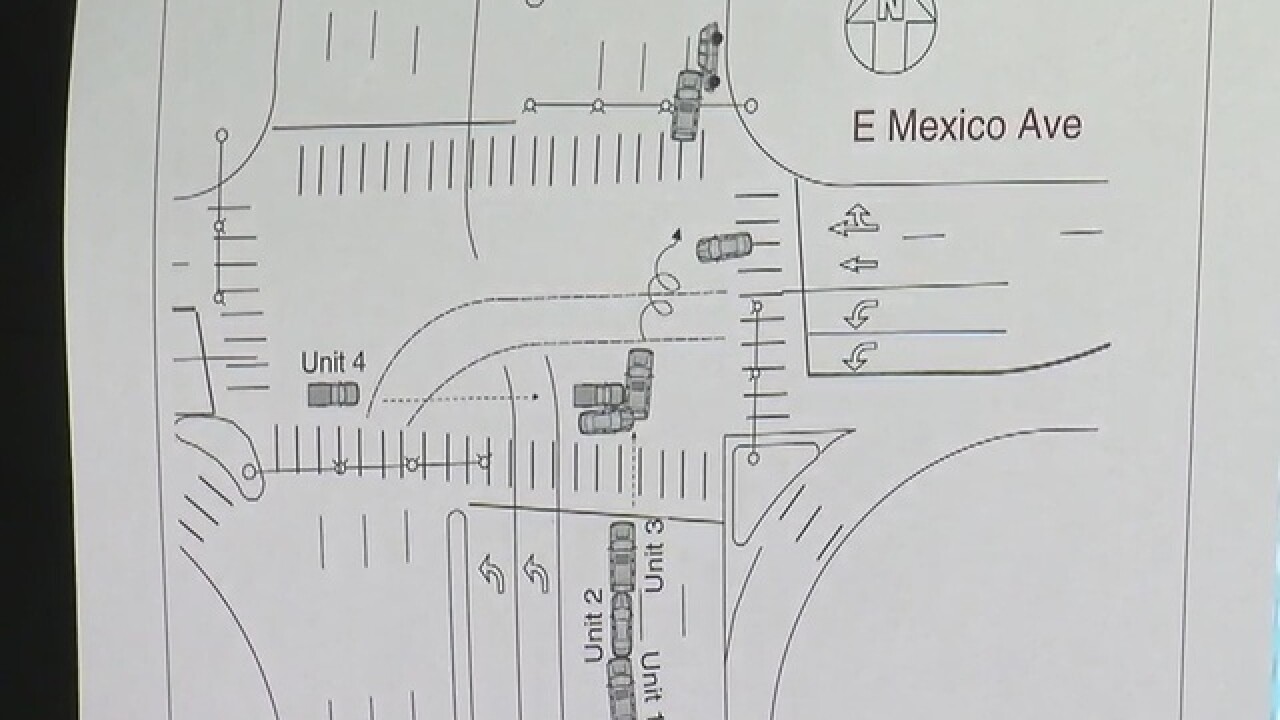 The man accused of causing the South Colorado Boulevard crash that killed two people and critically injured five others on Sunday is a limousine driver with a history of traffic violations.

The black Chevrolet Suburban that Dawit was driving during the four-vehicle crash has a permit number issued to Planet Limo LLC, and he registered the limited liability company to an East Florida Avenue apartment building where he lives.

Secretary of State records show the person who formed the LLC is Hirut Hagos, and public records indicate that Hagos is a relative of Dawit and lives with him.

The apartment is two blocks from the scene of the deadly crash at South Colorado Boulevard and East Mexico Avenue.

Police arrested Dawit on Sunday at 5:30 p.m. He is being held for investigation of two counts of vehicular homicide and driving under the influence. Dawit is currently in the hospital in serious condition, police confirmed.

Police said they received a call at about 2:20 p.m. Sunday about a driver slumped over the wheel of a black Chevy Suburban near Colorado and Evans Avenue.

The car was initially on Colorado Boulevard, but by the time firefighters arrived in the area, it was parked in a side lot, said Lt. Robert Rock, with the Denver police traffic investigations unit.

When Denver firefighters tried to approach the driver, to see if he needed help, he took off, causing the accident seconds later.

Two cars -- a Pontiac Vibe and a Ford Escape -- had been stopped at the red light on Colorado and Mexico when the speeding Suburban plowed into them, said Denver police Detective David Ryan.

Witnesses estimate that the Suburban was going 70-80 mph, at least twice the speed limit.

The Pontiac Vibe with the two victims inside was slammed into the Ford Escape, which had 5 people inside.

The Escape was pushed out into traffic and hit by a blue truck, which was traveling through the intersection, going eastbound on Mexico.

The Escape was sent spinning and rolled onto its side. The Suburban continued and also struck the Escape,  coming to rest on its windshield.

After it was smashed into the Escape, the Pontiac Vibe also slammed into the passenger side of the blue truck, then spun out into the corner of the intersection.

The Pontiac Vibe was crushed from the rear and the front and was damaged beyond recognition. Emergency crews needed the Jaws of Life to pull the two victims from the vehicle.

"In this instance, it was such severe damage, that the folks inside that vehicle could not survive," said Rock. "Anytime you have a vehicle that size, that is speeding ... the impacts are a lot greater."

The medical examiner's office said Anthony Mills, 42, was pronounced dead at the crash scene. An autopsy showed he died from blunt impacts.

The other man in the Pontiac Vibe, Jonathan Nichols, 29, was transported to Denver Health Medical Center, where he later died. An autopsy found he also died from blunt impacts, the medical examiner said.

The five people inside the Escape were taken to the hospital with life-threatening injuries, investigators said. Fortunately, all but one of those victims have since been released from the hospital.

-- Under the influence or medical condition? --

Investigators are looking into what prompted the crash and whether Dawit was under the influence or had a medical condition.

"When responders initially tried to talk to him, he sped off and so we don’t know what the cause of that [was] or why he was sleeping initially in the car," said Luis Cedillo with the Denver Fire Department.

Police said the large SUV  never slowed down and there were no brake marks in the area.

Rock said investigators are working with the limousine company to figure out what Dawit was doing in that area at that time, and how long he had been working.

"This is a criminal investigation and additional charges are pending," Rock said.

For now, as Dawit is being held under suspicion of DUI, police are looking at all of the possibilities.

"We could have people who have medical issues, and we've certainly had people who have had heart attacks before behind the wheel and have caused bad collisions,” said Rock. “So, that's always something that we have to look into as a potential factor in every case."

Denver7 found that Dawit only has one prior arrest in Colorado for assault in 1986. However, court records show he had two other Denver incidents – in 2003 and 1993 – where he was issued a summons for misdemeanor assault and threat to person or property, but the charges were later dismissed.

Denver7 found that Dawit only has one prior arrest in Colorado for assault in 1986. However, court records also shows he had two other Denver incidents – in 2003 and 1993 – where he was issued a summons for misdemeanor assault and threat to person or property, but the charges were dismissed.

Dawit has numerous past traffic violations in Denver. They include: