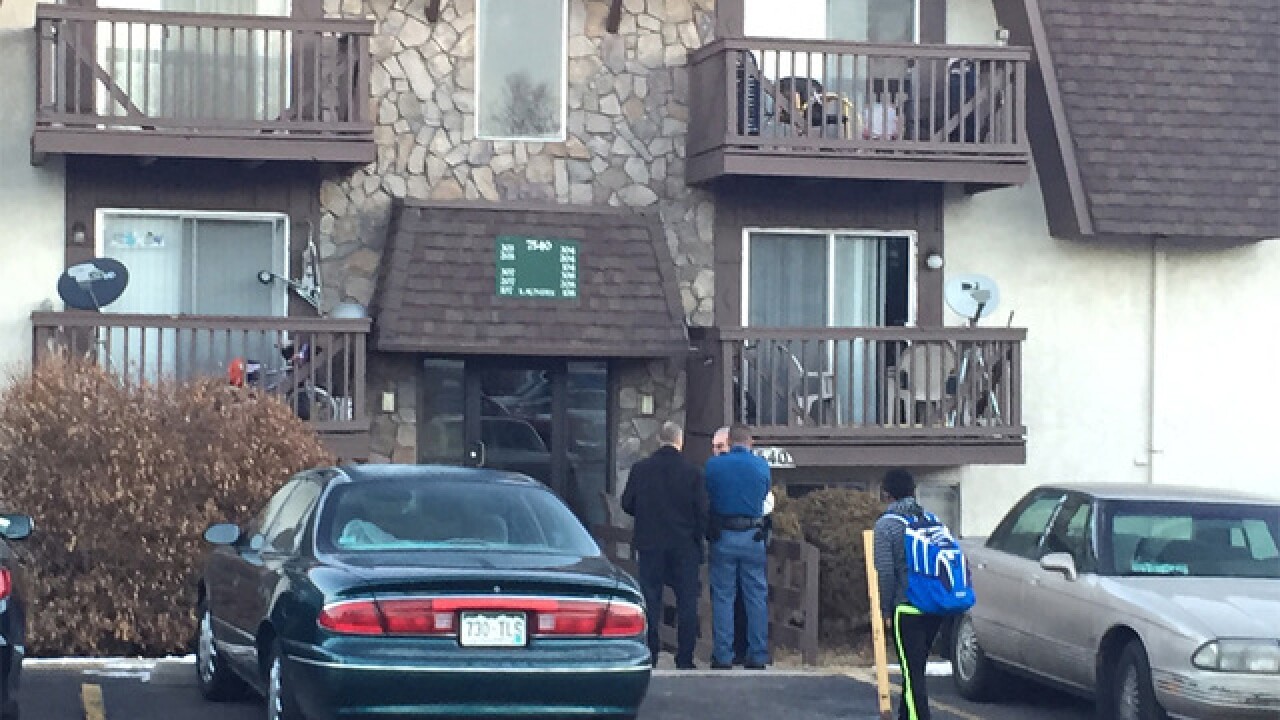 Deputies are investigating the death of a 6-year-old boy and sex assault on a woman inside the same Arapahoe County apartment. When sheriff's deputies arrived to investigate the sex assault they found the boy dead inside the home.

The woman called 911 from a neighbor’s apartment at 5:00 a.m. Wednesday. She told authorities she escaped after being sexually assaulted at knife-point by her boyfriend. Other neighbors in the complex reported hearing screams inside the building.

"There was pounding on the door, so she jumped up and ran to the door," said a cousin of the woman who answered the door. "The lady from next door was completely naked, screaming and saying that she had been raped and that her baby was gone."

As the sheriff's department responded to the apartment complex at 7540 East Harvard, a responding deputy was hurt in a crash. The deputy's condition is critical but stable.

It was unclear to deputies if the anyone was still in the apartment when they arrived. Deputies formed a team and entered the apartment just before 6:00 a.m.

Once inside, they found the 6-year-old boy dead in a bedroom with the man. The man appeared to have self-inflicted stab wounds. Investigators haven't said how the boy was killed.

A 2-year-old boy was found unharmed in a second bedroom. Paramedics took the injured man, the woman and the 2-year-old to the hospital.

Law enforcement officials have not named a suspect or person of interest in the case.

Arapahoe County Sheriff's spokeswoman Julie Brooks said the man with self-inflicted stab wounds is the father of both children. The woman who was assaulted is also the mother of the 2-year-old. The couple's current relationship is unclear but at one point they were romantically involved and lived together.

Investigators are still working to determine what led up to the crimes and have not said if the sex assault or homicide happened first.

No arrests have been made and the incidents are being treated as two separate investigations -- one for the sex assault and one for the homicide. Crime scene detectives have spent the majority of the day inside the apartment, collecting evidence. A car was also towed from the parking lot.