Police: Driver who cut off tractor-trailer caused crash on I-70 in Aurora 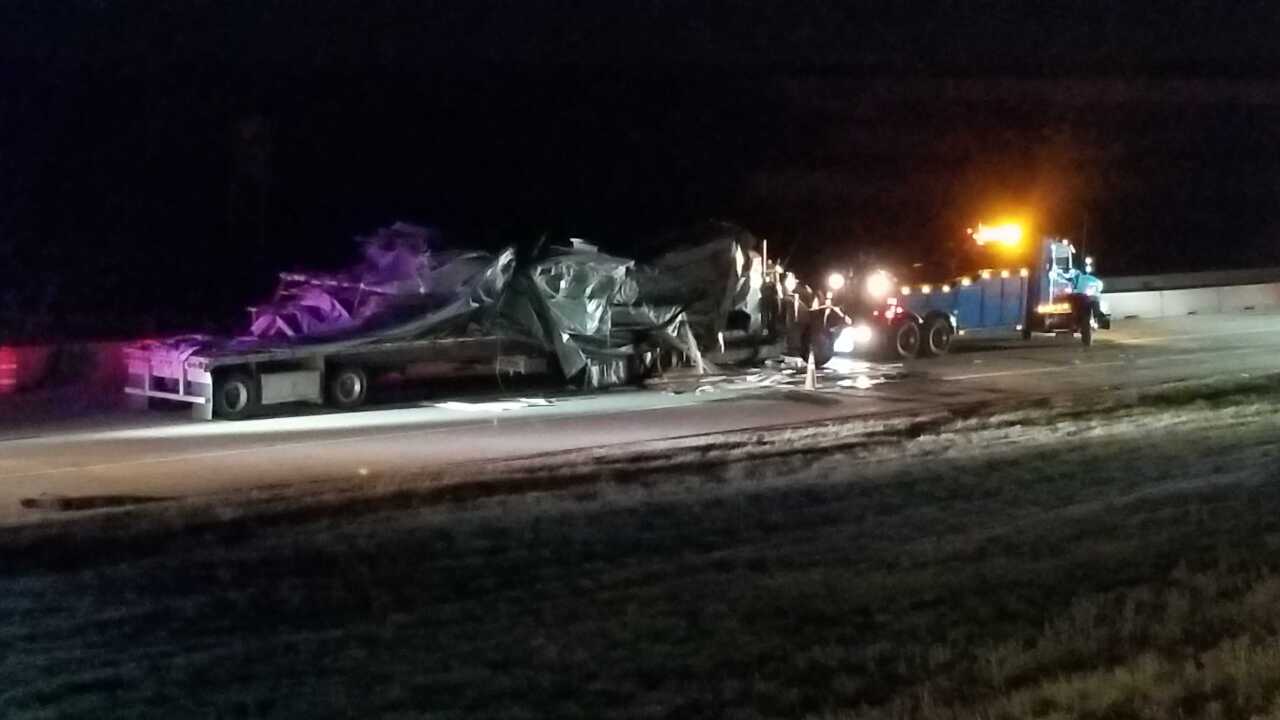 AURORA, Colo. — Aurora police say a driver who cut off a tractor-trailer on Interstate 70 is responsible for a subsequent crash, which damaged two tractor-trailers.

According to the Aurora Police Department, two tractor-trailers crashed Wednesday morning on westbound I-70 near the E-470 exit after another vehicle cut off one of the trucks in traffic. One driver was transported to a hospital with injuries that are not life-threatening. It was not clear what vehicle that person had been driving.

As of 7:30 a.m., it was not yet clear if the driver accused of cutting off the tractor-trailer stayed at the scene of the crash, or if that individual will face charges.

Westbound I-70 was completely closed for several hours under the C-470 overpass. The left lane of I-70 reopened at 7:07 a.m.