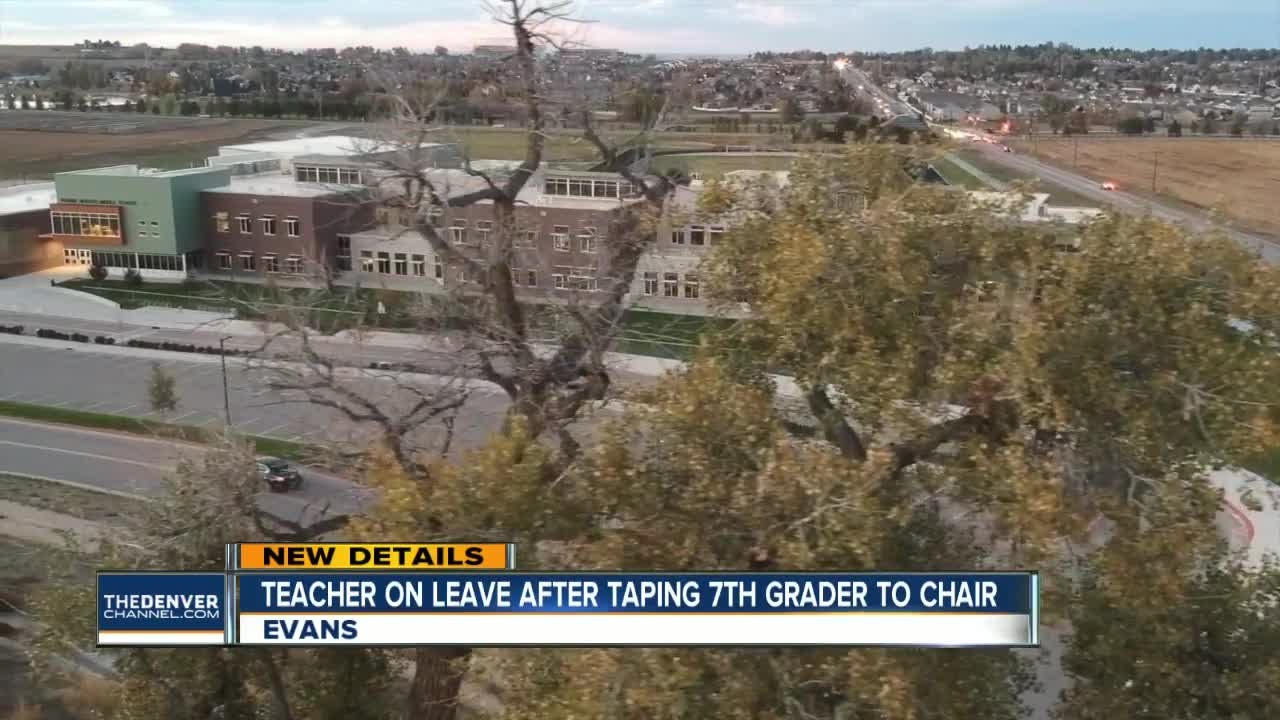 The Evans Police Department chief said the video from a local middle school of a female teacher taping a male student to a chair isn’t threatening alone, when put in context with other new information, it warrants a criminal investigation. 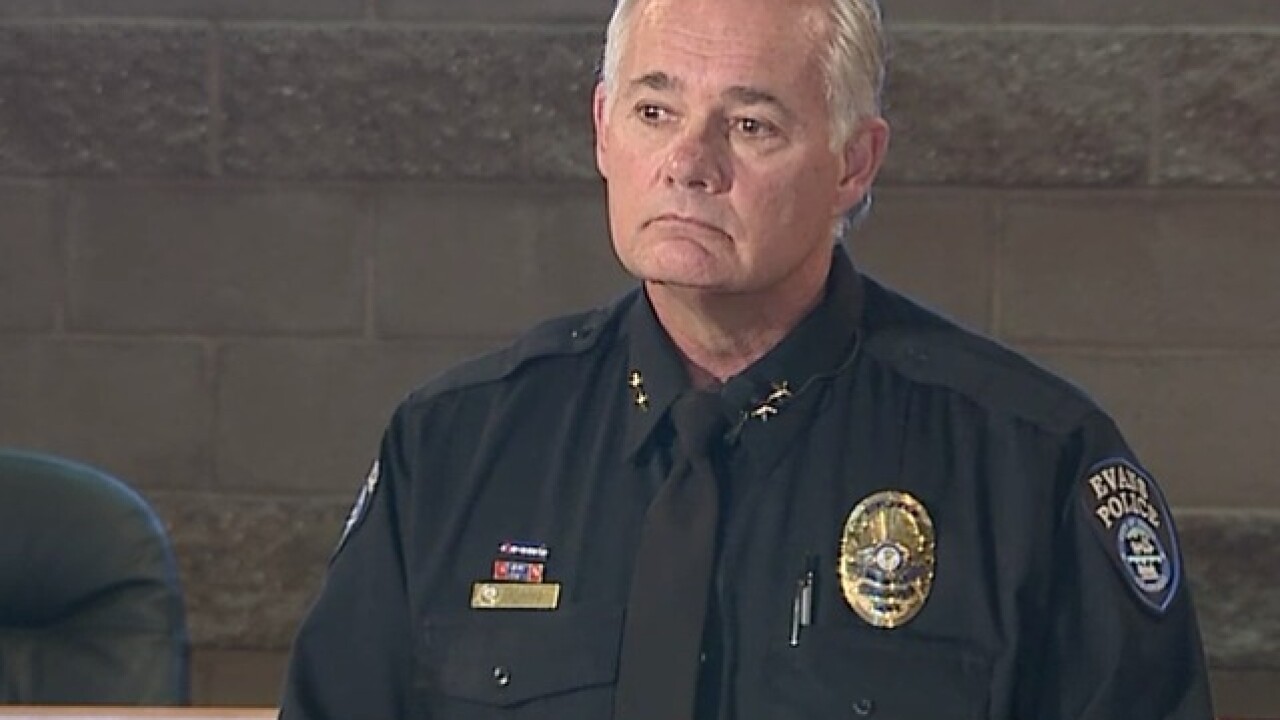 EVANS, Colo. — The Evans Police Department chief said the video from a local middle school of a female teacher taping a male student to a chair isn’t threatening alone, but when put in context with other new information, it warrants a criminal investigation.

Chief Rick Brandt said the department received the video less than 24 hours ago from administrators at Prairie Heights Middle School. The incident occurred Tuesday. He did not explain the additional new information that police had learned.

He first thanked community and school partners for coming to the police with the video.

Brandt said as of Friday at 10:30 a.m., there were no criminal charges contemplated or filed against the female teacher.

Police received the video, which runs about 13 seconds, from a school administrator who reported it to a school resource officer. The video shows the student sitting in the chair as the teacher wraps masking tape around the child’s torso and thighs, police said. It also shows the teacher putting a piece of tape over the child’s mouth, which the boy removes. The video appeared to have been filmed during class, police said.

The SRO took a proactive approach and launched a preliminary investigation.

“Based on the content of the video, no clear conclusion can be drawn as to exactly what we’re dealing with,” he said. “By itself — concerning, but not raising to a level of alarm. However, after some interviews, specifically with the child involved in this, and others, the video taken into context with other information we have did raise our level of concern and it was clear that we needed to conduct a criminal investigation into this matter.”

Police have talked briefly with the student and at least one of his parents.

Brandt said police think others students may have filmed similar videos of the incident. So far, the police department only has the single video. Anybody with similar video is welcome to contact the school’s SRO Teresa McClatchy or the Evans Police Department at 970-339-2441.

Two detectives have been assigned to this case.

Brandt said he expects the investigation to continue for the next few weeks to gather more information.