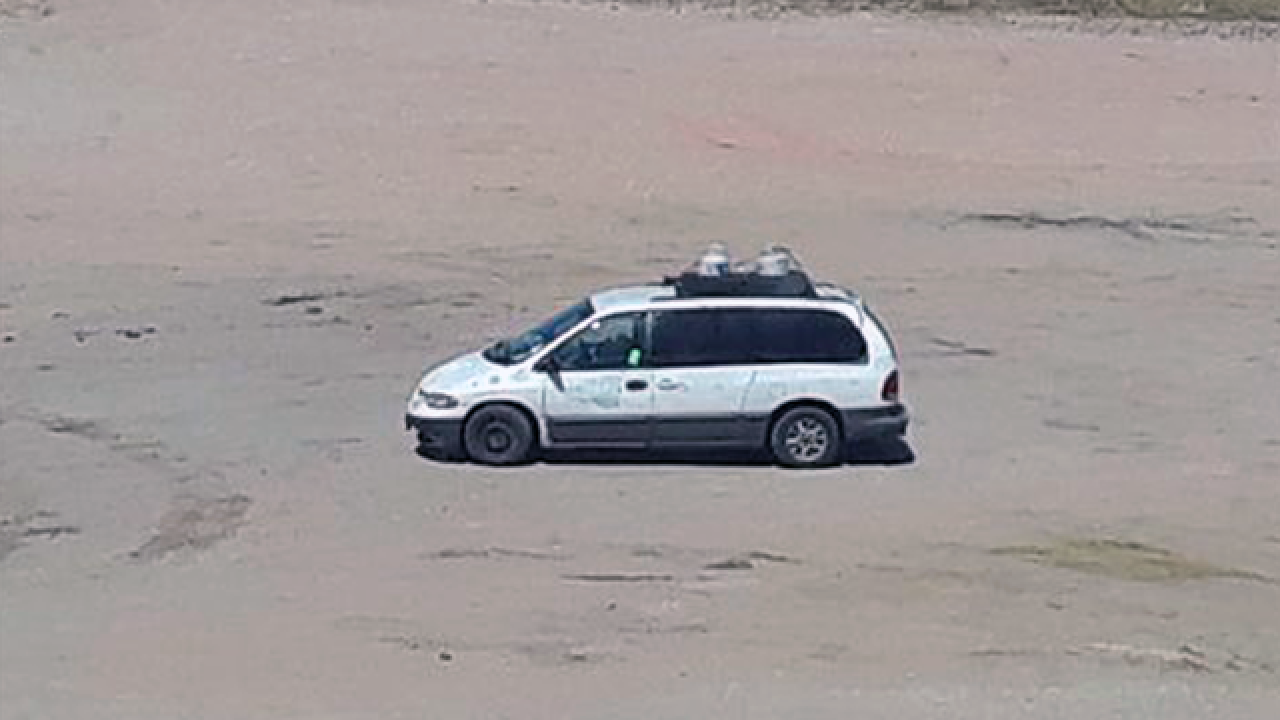 DENVER (AP) — A man who barricaded himself inside a minivan with propane tanks strapped to its roof tried to enter an Air Force base on Tuesday before being arrested, Colorado authorities said.

Police found no explosive material inside the van and no charges will be filed against the man, El Paso County Sheriff's Office spokeswoman Jacqueline Kirby said.

Kirby said the man was having a "mental health crisis" and is getting treatment. His name and age were not released.

A sheriff's SWAT team and an explosives unit arrested the man around 3 p.m. in eastern Colorado Springs, she said.

The area is less than half a mile from the northern gate of Peterson Air Force Base.

Air Force Staff Sgt. Erica Picariello declined to comment on the man's efforts to enter the base, referring all questions to local law enforcement.

Kirby said she didn't have more detail about the attempt. She said the man drove to a nearby school after he was turned away from the base.

The van carrying propane tanks on its roof immediately caught the attention of a school counselor, said Amos Velasquez, assistant principal and commandant at the Colorado Military Academy. The counselor radioed for help from Velasquez, who said he went outside to talk to the driver.

In the meantime, teachers brought students who had been outside for recess back into the building, he said.

The man "was pretty erratic," Velasquez told The Associated Press.

Velasquez said he could see propane tanks on top and electrical equipment and wiring inside the worn-down white minivan. At one point, the man told him that he was trying to reach someone at NORAD and held up a phone with wires hanging down, Velasquez said.

The headquarters of NORAD and U.S. Northern Command are just inside the air base near the north gate.

NORAD is a joint U.S.-Canadian command that defends the skies over both countries. Northern Command is responsible for the defense of the U.S. mainland.

The man didn't make any specific threats but the appearance of the van and his behavior was concerning, Valesquez said.

When Velasquez told the man he had to leave the parking lot or he'd call police, the man reversed quickly then sped away. Velasquez then called the sheriff's office to report the incident.

"We're just happy it ended the way it did, with no one getting hurt," he said.

Picariello said the base closed its north gate to outbound traffic to reduce congestion in the area while police responded. The Air Force said NORAD and Northern Command did not take any increased security measures because of the incident.