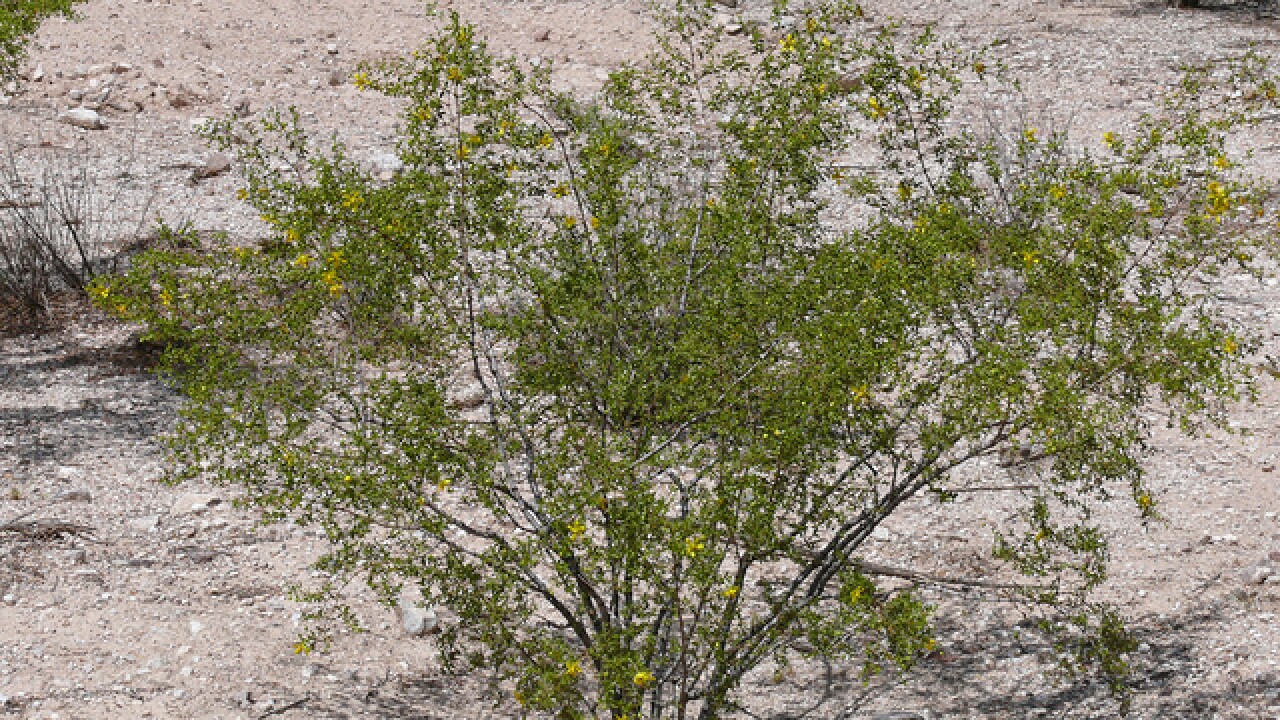 DENVER – A plant used for generations by natives in both the United States and Mexico may be better at treating certain parasitic infections than currently available pharmaceuticals, according to new research by scientists at the University of Colorado.

Researchers at CU’s Anschutz Medical Campus teamed up with UC San Diego to study naturally-occurring compounds in the creosote bush, which is commonly found in the American Southwest. In native cultures, the plant has traditionally been used to treat a wide range of medical problems, including intestinal problems.

Knowing that past research has demonstrated medical benefits of one chemical compound in the creosote bush – nordihydroguaiaretic acid, or NDGA – the scientists set out to see how well it would work against giardia, a parasitic infection usually contracted by drinking contaminated water, and N. fowleri, commonly referred to as the “brain-eating amoeba.”

The researchers found that NDGA and five other compounds in the creosote bush were effective at fighting both parasites. This is the first study to scientifically demonstrate the plant’s effectiveness against giardia and N. fowleri, the authors said.

“In our study the creosote natural product NDGA proved to be a more potent anti-parasitic agent against N. fowleri compared to miltefosine,” said Dan LaBarbera, Ph.D., associate professor of drug discovery and medicinal chemistry at the Skaggs School of Pharmacy and Pharmaceutical Sciences at CU Anschutz and a principal investigator in the study. The CDC has given special approval for using miltefosine to treat N. fowleri infections, but it can be hard to come by in the United States, as it hasn’t received approval from the FDA.

Using the compounds found in the creosote bush could provide a more effective and less expensive treatment option, the scientists said. The research also provides encouragement to scientists looking to native cultures for helpful insights.

“The significance and intrigue about our study is that it shows the value of prospecting for new medicines from plants traditionally used by indigenous people as medicine,” said Anjan Debnath, Ph.D., an assistant adjunct professor at Skaggs School of Pharmacy and Pharmaceutical Sciences at UC San Diego and another principal investigator in the study.

The research is published in the journal PLOS Neglected Tropical Diseases .