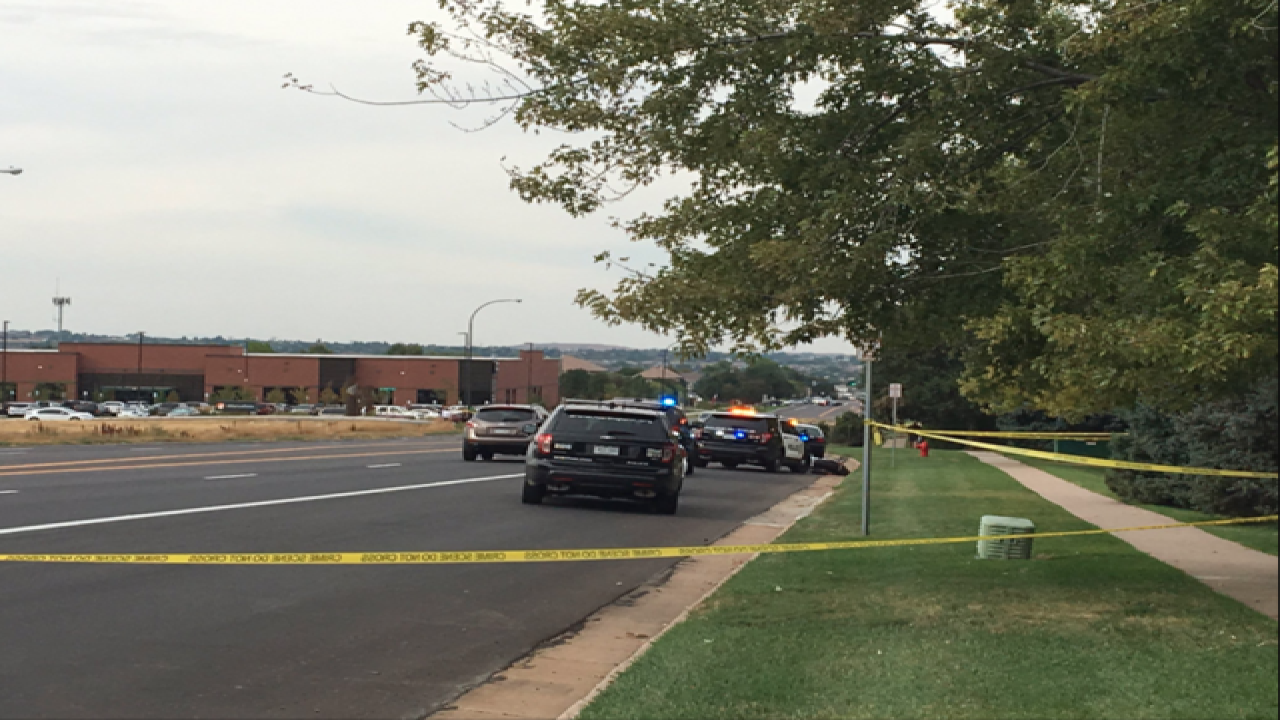 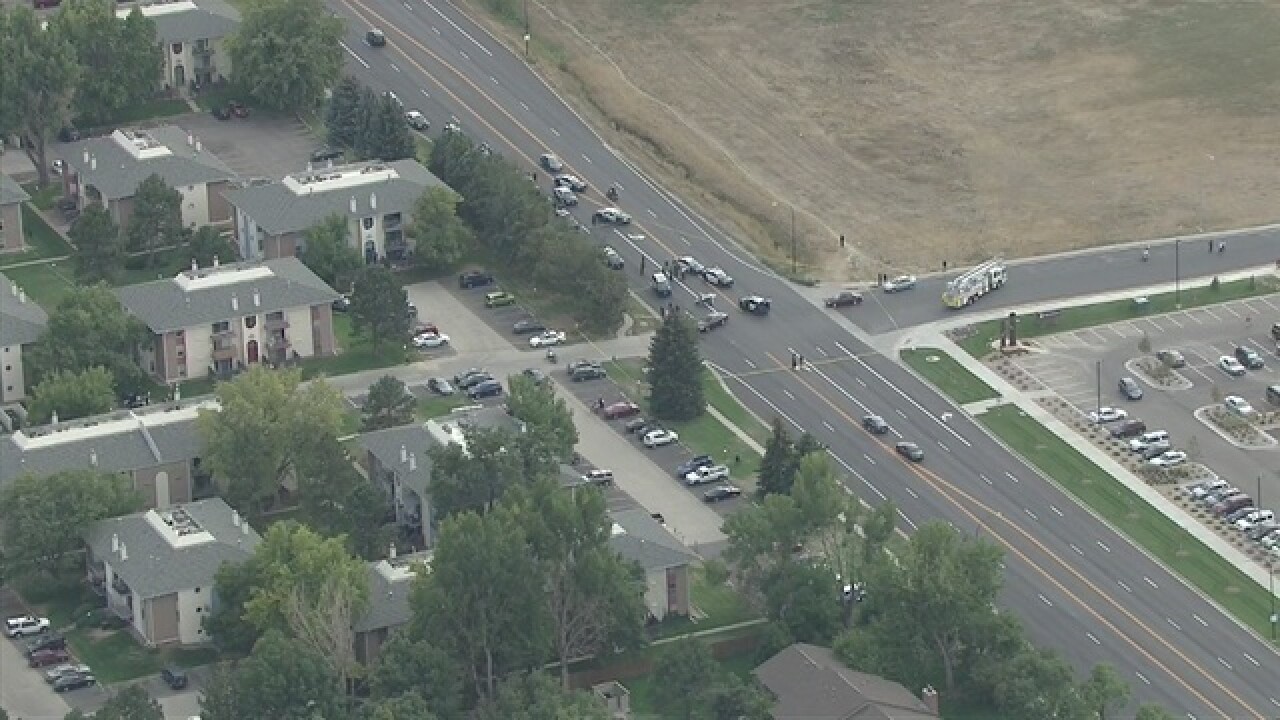 WESTMINSTER, Colo. – Police shot a robbery suspect in Westminster Tuesday afternoon after he allegedly pulled a gun on them. Four other suspects remain at-large.

Westminster police say a homeowner came home and found several people stealing things from his garage in the 12100 block of Bannock Street. One of the suspects punched the victim in the face and pulled a gun on the man when confronted, according to police.

The homeowner called police around 3:30 p.m. He told police the man who pointed a gun at him took off on a motorcycle.

The other suspects – three men and a pink-haired woman – fled the scene. Police say four of them left in a silver Chevrolet Malibu without license plates that was filled with stolen items.

Police found the suspect on the motorcycle near 121st and Huron. The motorcycle crashed and the man ran through a nearby complex, as officers chased him, he allegedly pulled a gun.

Two Westminster Police Department officers then opened fire. The suspect died at the scene. He did not fire any shots at police.

"I was talking to my neighbor she came out and she said that she saw the suspect run through there and the cops kept asking him to stop, he didn’t stop," said Leo Padilla, a witness."

Officers say they are still looking for the four suspects who left the scene in the Malibu.

Huron Street remained closed between 121st and 128th while officers investigated. Two nearby schools were briefly placed on lockout during the incident. The Adams County Coroner’s Office will release the man's identity.

This is a developing news story; stay with Denver7 for updates.