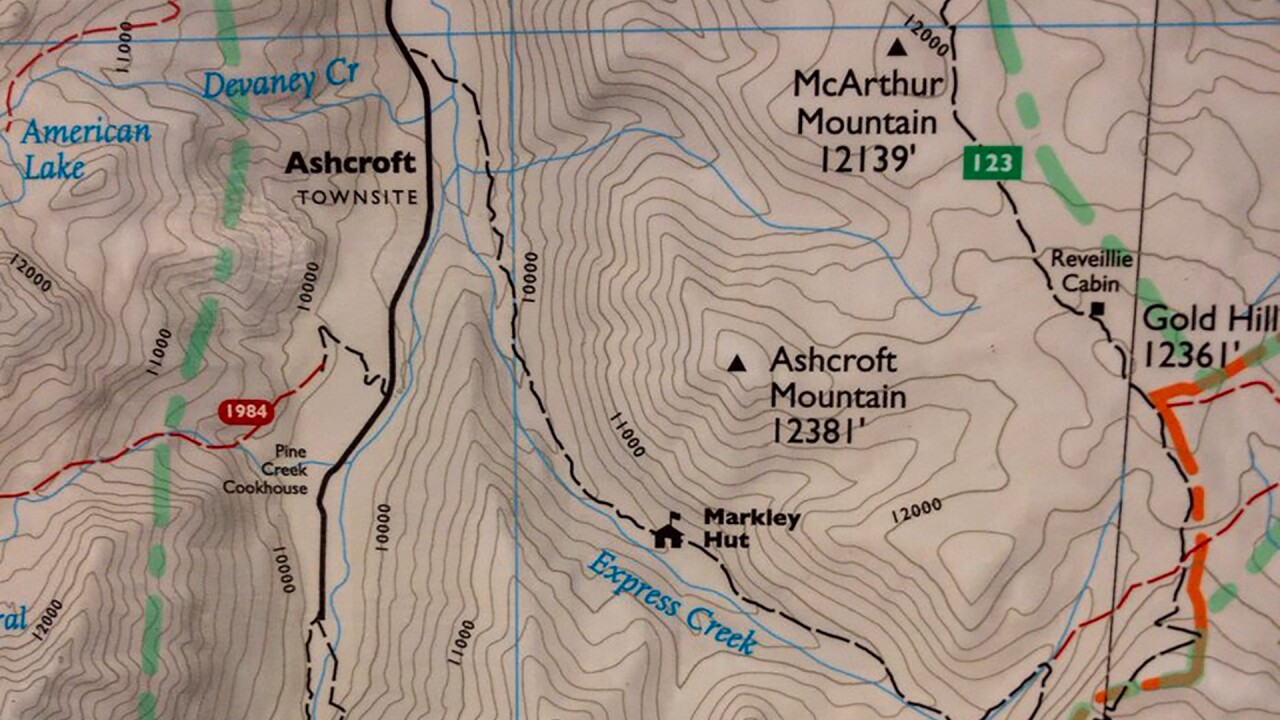 Copyright 2019 Scripps Media, Inc. All rights reserved. This material may not be published, broadcast, rewritten, or redistributed.
Pitkin County Sheriff&#39;s Office
One person was killed in an avalanche near the Markley Hut on Ashcroft Mountain southeast of Ashcroft on Monday – the second deadly avalanche in a matter of weeks in Colorado.

PITKIN COUNTY, Colo. – A man was killed in an avalanche near the Markley Hut southeast of Ashcroft on Monday – the second deadly avalanche in a matter of weeks in Colorado.

The Pitkin County Sheriff’s Office said Monday morning that the avalanche caught one man in its path and that the person had died. The sheriff’s office said deputies and Mountain Rescue Aspen were developing a plan to retrieve the person around 11:30 a.m.

A preliminary report from the Colorado Avalanche Information Center says the person was part of a group of backcountry tourers who were staying at the hut near Express Creek. After the person was buried, the rest of the group extricated the person and tried to revive them but were unsuccessful, the CAIC said.

“We’ll provide more information as it becomes available. Our deepest condolences to the family and friends of everyone involved in this tragic incident,” Greene added.

Around 4 p.m. Monday, the Pitkin County Sheriff's Office issued a news release with a few more details about the incident. It said that the avalanche was reported around 10:20 a.m. Monday and that the male skier was in a group of six family members and friends staying at the hut.

The party had already extricated the skier and was performing CPR when the report came in, the sheriff's office said. It said 26 members from Mountain Rescue Aspen went to the site to recover the skier's body and that the others in the party was taken out of the area and put in touch with Aspen Hope Center for grief counseling. The rescuers were back at their base by 4 p.m.

The skier has not been publicly identified while his next-of-kin are notified.

Avalanche danger in the area was rated as “considerable” on Monday, according to the Colorado Avalanche Information Center, and there were several slides reported in the region over the weekend – including avalanches near Castle Creek and near Marble.

Monday’s fatality is the second involving an avalanche so far this season in Colorado.

On Jan. 5, a Longmont man who was part of an avalanche training course died in an avalanche near Red Mountain Pass in southwest Colorado that buried him and swept up five others.

Not including Monday’s avalanche, there have so far been 17 people caught in avalanches in Colorado this season, including three who were buried.

An in-bounds avalanche at Taos Ski Valley in northwest New Mexico last week killed two men, including a 22-year-old man from Vail and a 26-year-old man who had recently moved to Denver and was on a skiing trip with his father when the slide occurred, and buried another man.

And an in-bounds avalanche triggered by a person skiing on closed terrain at Loveland Ski Area last week was investigated, though no one was buried.

There were avalanche bulletins in place for some parts of Colorado’s High Country on Monday, with between 4 and 8 inches expected in many places Monday afternoon into Tuesday.