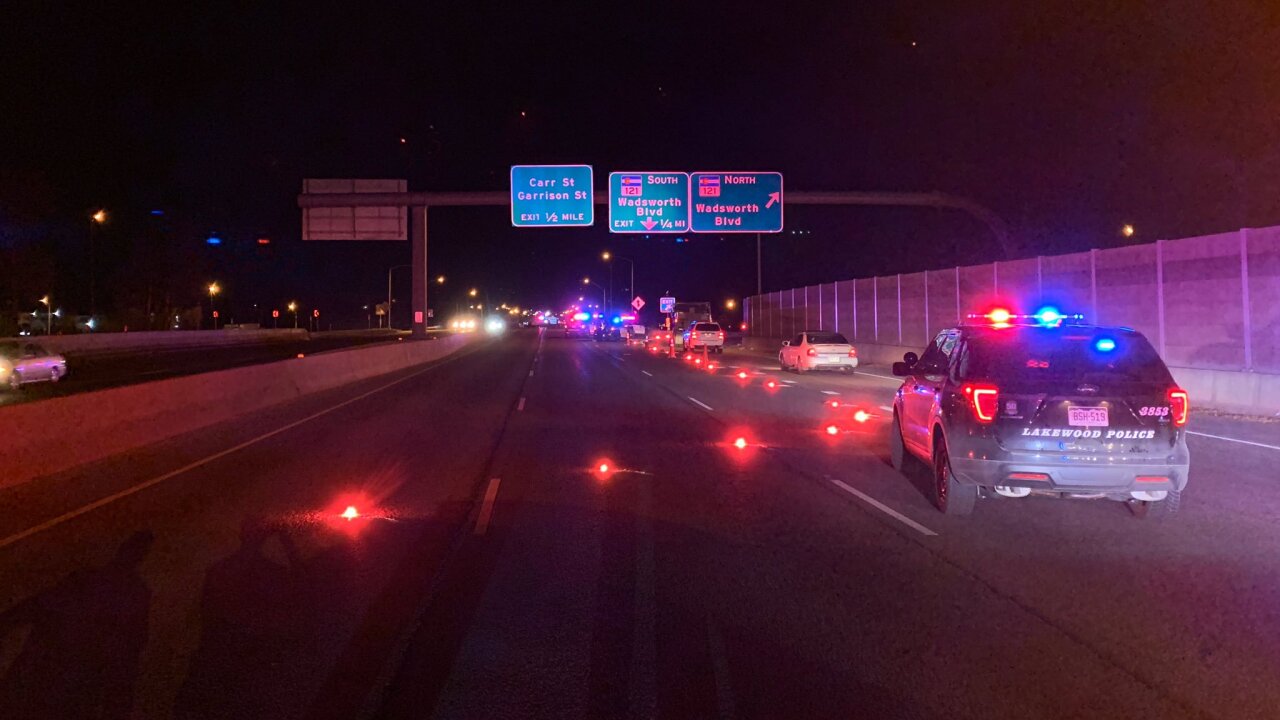 LAKEWOOD, Colo. – A fatal crash involving a pedestrian had traffic backed-up for about 3 miles between Lakewood and Denver Friday evening.

The Lakewood Police Department reported the crash at 7:50 p.m., saying the westbound lanes of 6th Ave. were shut down west of Wadsworth Blvd.

The crash happened in an area where there was an underpass with a sidewalk, according to a Lakewood Police Department spokesperson. It’s unclear why the pedestrian was in the roadway.

The driver of an SUV stayed at the scene, the spokesperson said.

Police estimated the road closure would last several hours and advised travelers to seek alternate routes as they investigated the crash.

Traffic was being diverted onto northbound Wadsworth Blvd. and the Colorado Department of Transportation was helping police direct traffic.

The on-ramp to 6th Ave. from Wadsworth Blvd. and Garrison St. is inaccessible to travelers, the spokesperson said.