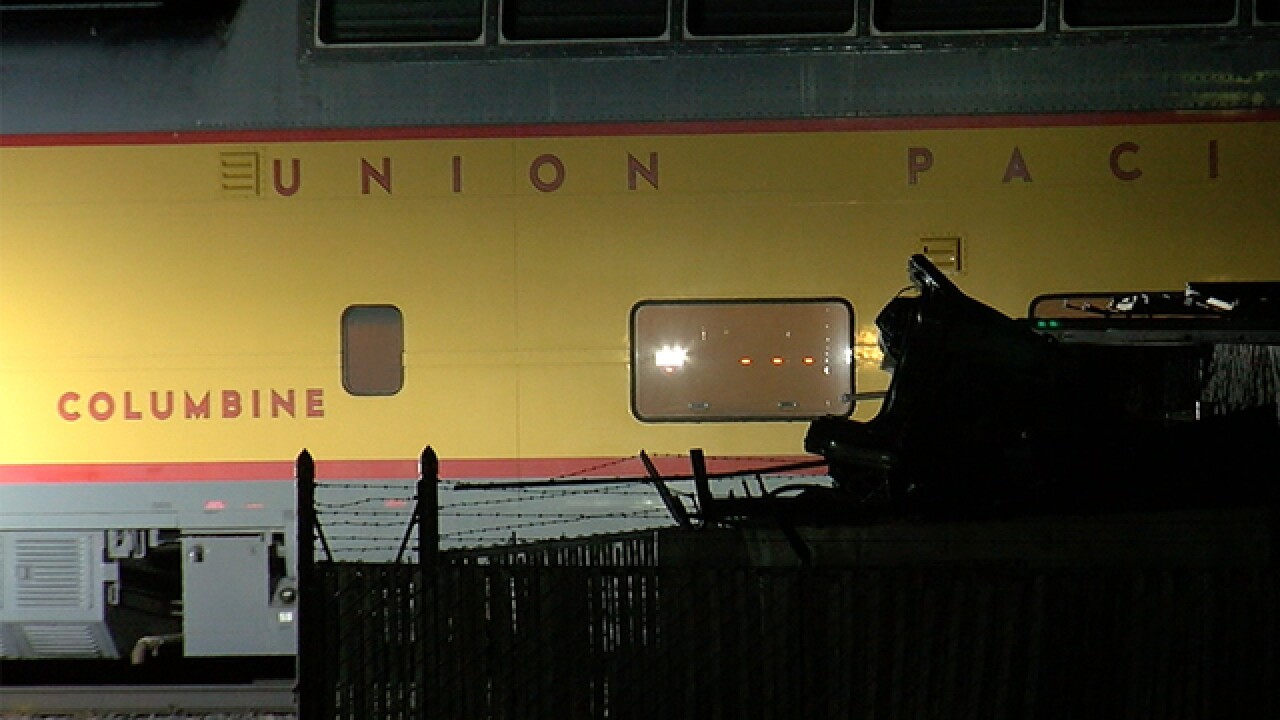 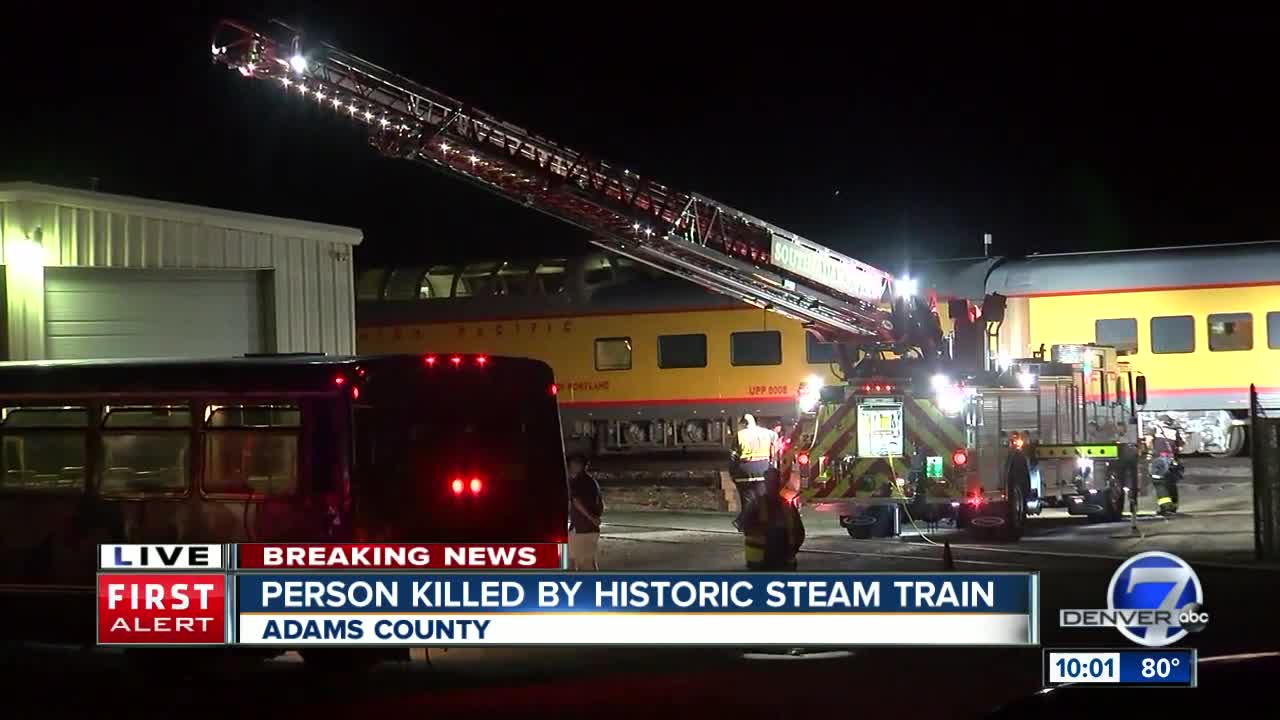 DENVER -- Investigators say the pedestrian that was struck and killed by one of Union Pacific's historic steam trains was taking pictures of the locomotive and apparently ventured too close to the tracks.

The 21-car train, being pulled by Locomotive 844, was returning Saturday evening from a day-long trip to Cheyenne Frontier Days.

The train, called the 'Denver Post Special,' because the trip was sponsored by the Post, was southbound, and had just arrived at the 124th Avenue crossing near Henderson, at 7:45 pm, when the accident happened.

UP Steam tweeted about the incident shortly afterward.

UP No. 844 was involved in a pedestrian fatality. Busses are en route to pick up guests on board the train. UP Police will be on scene for several hours assisting local authorities with the investigation.

"We are working with local authorities to see what happened leading up to the crash," said Union Pacific spokeswoman Kristen South.

Passengers were bused back to Denver.

The train remained at the scene for several hours.

Steam Engine 844 is perhaps the country's most famous steam locomotive.

It was originally built for passenger service, operating between Omaha and Los Angeles, and Omaha and Portland.

When diesels took over, it was relegated to freight service in Nebraska.

Unlike other steam locomotives, it never made it to the scrap heap, instead it was saved and is now used as an "ambassador of goodwill" by Union Pacific.

Steam aficionados travel alongside the train, or line the right-of-way to take pictures, or videotape the excursions.

The victim was among several photographers that were snapping photos of the train on it's return trip.

To learn more about UP's steam program, click on this link.